Way out in Graham County, high up in the rugged wilderness of the Nantahala National Forest, is a lonely stretch of N.C. 28.

To the north lies Robbinsville, to the south the Swain County line. But, where you’re standing, seemingly in the middle-of-nowhere, is actually the hottest ticket in Western North Carolina — the “An Appalachian Evening” series at the Stecoah Valley Center.

Cruisin’ the road of creativity 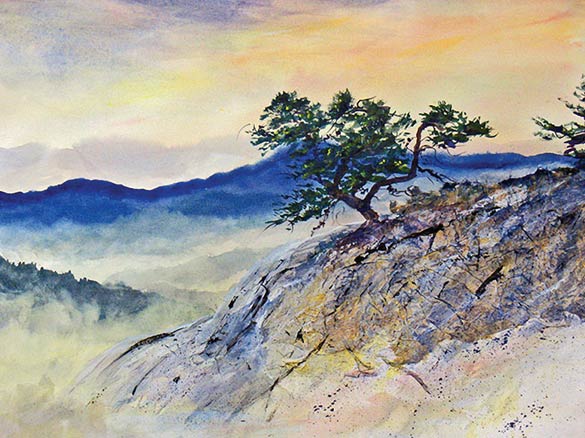 With their studios open to the public, the self-guided driving tour highlights artisans who have built a livelihood with their creative talents. Media include pottery, bee's wax lanterns and pillar candles, original paintings and drawings, fiber, quilts, photography, artisan cheeses and more.

The Art of Preservation: Stecoah Valley Center bridges past, present 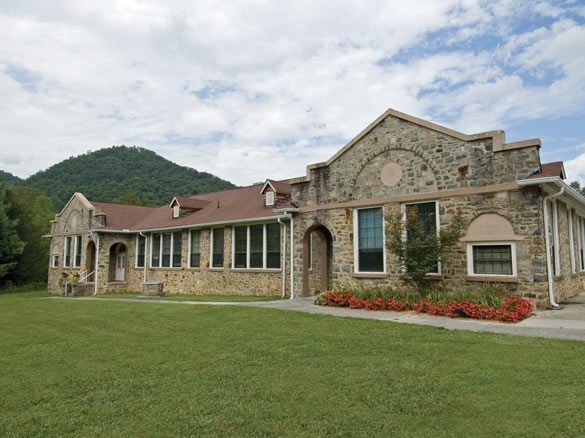 Heading down N.C. 28, between Bryson City and Robbinsville, is a flat stretch of highway, unusual to the continuous curves on this mountainous route. It indicates a valley, and just past a quaint diner, is a side road to your left, where a sign with an arrow points you in the right direction. You’re in the creative heart of Graham County. You’re at the Stecoah Valley Cultural Arts Center.

“We’re not in the middle-of-nowhere, we’re actually the center of everywhere here,” said Beth Fields.

Cowee hatches plans for community center of the first degree

According to public input so far, a reworked Cowee School could bear close resemblance to another historic Western North Carolina schoolhouse — what is now known as the Stecoah Valley Cultural Arts Center in Graham County.

Students at the Cowee School will vacate the campus in two years for a newer and bigger school. Macon County is considering a long list of possible future uses for the building.

At a series of public input workshops last week, consultants showed that the county is far from alone in its quest to reinvent the Cowee School.

A school built in 1915 in Portland, Ore., was recently converted into a 35-room hotel with a restaurant, movie theater, bar and brewery. Another school in Toronto was transformed into a community art center with cheap rent for artists’ studios and art-related nonprofits.

But the Cowee School is closely looking at the nearby Stecoah project as a model to aspire to.

The Stecoah Center now provides 20 programs to more than 12,000 people each year, including an Appalachian concert and dinner series, heritage crafts and cooking classes, Cherokee exhibits, and an artisans gallery featuring regional crafters.

“It would be great if we could get to that point here,” said Eric Moberg, chairman of the Cowee Community Development Organization.

However, the planning process is still in its preliminary stage, and dozens of ideas abound on how to move forward.

On Thursday, consultants met with 14 entities, including Southwestern Community College, the Eastern Band of Cherokee Indians, several folk heritage groups and a range of county agencies.

In a week or so, the team will put together a publicly available report on results from the two-day workshop.

Macon County Commissioner Bobby Kuppers, who represents Cowee, said he’d rather not reveal his thoughts until after receiving input from the community.

Kuppers praised the community for working in advance to determine a use for the school.

“We don’t want the building to sit there without some kind of plan,” said Kuppers. “I’m proudest that we did get out there in front of it. We’re not reactionary, ‘Well, the building’s empty, what are we gonna do?’”

Commissioners will ultimately endorse which uses will find a home in the old school.

“At the end of the day, a balance is going to have to be struck between the competing interests,” said Kuppers.

The Macon County Parks & Recreation Department is “extremely interested” in setting up basketball courts where rows of classroom trailers now reside, according to Stacy Guffey, who is serving as a consultant for the process. The Recreation Department may also want to convert the school’s green space into a soccer field, and turn the semi-circle walking trail into a full loop, Guffey said.

One benefit of having the Parks & Recreation Department take over is that county government would cover the cost of grounds maintenance, Guffey said.

Many Cowee residents are simply thankful that the school will stay in tact.

“It doesn’t matter as long as it isn’t torn down or allowed to decay,” said Connie Rehling of Cowee. “I just don’t want to see it go away.”

Moberg acknowledges that many in the community have a soft spot for the school.

Jo Corbin, 77, started attending Cowee School in the sixth grade. Her mother taught third grade there for decades, and she returned to Cowee to teach second grade for eight years. Corbin’s three children attended the school as well.

“So when I come through that front door, I’m at home,” said Corbin.

As former students reminisced over historic photos and signed their name to a quilt, some shared their own ideas on how to rework the school.

“I think it’d be great to have antique shops,” said Dorothy Berry, one of the first students to attend Cowee School.

“I really want the building to be a useful part of the community like it always had been,” Duvall Teem said.

Bob Corbin, a 77-year-old Cowee resident, said he would like to see multiple uses for the school. “Just have it available, and let it be productive in its existence,” he said.

Corbin favors keeping the gym, track and fields open to the public, and opening up the school for meetings of community and political organizations.

Like many others, Corbin is not in favor of drastically changing the historic school’s look.

“It’d be good to preserve the general appearance established in the 1940s when they built it,” Corbin said. “It could be a tribute to that time, that era.”

Moberg said he would like the schoolhouse to continue its focus on education with college-level classes in traditional arts like weaving, quilting, and jewelry-making. There could also be courses for adults on basic computer and digital photography skills.

Moberg said he’d also love to see a substation for the Sheriff’s Office and a permanent EMS station since first responders usually have to drive over to the community from Franklin. Guffey said, however, the volume of calls in Cowee are likely too low for law enforcement to move in.

Many participants favored a focus on historical preservation with museum space.

“There’s so much history here in Cowee,” said Moberg. “We want to make sure and exhibit that.”

With the historic Cowee mound nearby, the Eastern Band of Cherokee Indians has also been participating to ensure any Cherokee exhibit is historically accurate.

After ideas are gathered on how to use the school, consultants will have to come up with a concrete business plan on how to use every inch of the building.

Fundraising will also be integral in moving the project forward.

“We’re going to need community support, there’s no question,” said Moberg. “I hope the community will rise to the occasion and help with fundraising.”

While Moberg said he’d like to see the school be self-sustaining, Lynn Shields, executive director of the Stecoah Valley Cultural Arts Center, said revenue from programs aren’t enough to cover costs. Despite its success, the Stecoah center still relies on grants and donations to subsidize operations.

“It’s a constant struggle,” said Shields. “We are still reliant upon grant funding. The search for funds is constant. It is not self-sustaining at this point.”

Shields’ advice for the Cowee group is to stay focused on the mission.

“It takes a long time,” said Shields. “You just have to hang in there and show up every day.”

Tired of heating up your kitchen this hot summer? The Stecoah Valley Food Ventures Kitchen is offering a cooking class from 10 a.m. to 2 p.m. on Saturday, Aug. 14 focusing on cool recipes to break the heat.

Participants will make and eat cantaloupe soup, vichyssoise (fancy name for cold potato soup), and gazpacho. Other recipes will be used to teach new variations on classic favorites such as cucumber sandwiches, potato, and pasta salad. The cost of the workshop is $55 and includes all supplies and a lunch that you prepare along with instructor, Darryl Talley. The class requires pre-registration by calling the Stecoah Valley Cultural Arts Center at 828.479.3364.

The Stecoah Valley Cultural Arts Center is a non-profit corporation that serves the people of Stecoah and Graham County through programs and services that benefit all members of the community, by preserving and promoting the Southern Appalachian mountain culture and through the restoration of the historic old Stecoah School to its original role as the center of the community.