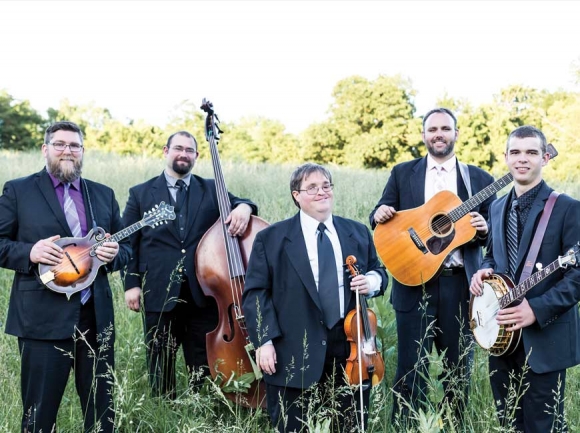 Way out in Graham County, high up in the rugged wilderness of the Nantahala National Forest, is a lonely stretch of N.C. 28.

To the north lies Robbinsville, to the south the Swain County line. But, where you’re standing, seemingly in the middle-of-nowhere, is actually the hottest ticket in Western North Carolina — the “An Appalachian Evening” series at the Stecoah Valley Center.

“What the series has meant to the center is keeping the Appalachian heritage alive — that’s been part of our mission,” said Beth Fields, executive director of the center. “I think that especially as remote as we are, to be able to offer that kind of artistic quality on a consistent basis, it’s really important to the series, the community and visitors.”

Celebrating 20 years this summer, the series brings in some of the biggest names in bluegrass, old-time, mountain and Americana music. It’s a “who’s who,” with the likes of Balsam Range, The Steeldrivers, Doyle Lawson & Quicksilver and Frank Solivan & Dirty Kitchen, amongst countless others, gracing the stage over the years.

“What sets us apart from other venues is the venue itself,” Fields said. “It’s a very intimate setting. The bands interact with the audience. It’s very low key, and the sound quality in the auditorium is just phenomenal.”

“‘An Appalachian Evening’ has been an amazing platform to expose new people to mountain culture the right way,” added Darren Nicholson, mandolinist for 2018 IBMA “Entertainer of the Year” group Balsam Range. “Where better to hear the finest musicians these mountains have to offer than in one of the prettiest places on earth? We appreciate all the hard work the people at the Stecoah Valley Center do to preserve our folk heritage in every facet — it’s one show I look forward to every year.”

“The organizers of the series have recognized the roots music of the Western North Carolina mountains as an important part of the cultural community,” added Ty Gilpin, mandolinist for Unspoken Tradition. “It’s always an honor to be invited to perform in this historic region and at this one-of-a-kind venue.”

At just around a capacity of 300 people, the history of the stage is as long and varied as the list of musicians that stepped in front of the microphone. Though the original schoolhouse building was constructed in the 1926, the auditorium stage played host to some of biggest names in bluegrass in the 1940s and 1950s. Legendary acts like Bill Monroe & The Blue Grass Boys, The Carter Family, Flatt & Scruggs, Chet Atkins, and more, performed for locals and visitors alike.

Due to district consolidation, the school was closed in 1994. It sat empty and abandoned for several years before the county took it over and launched the nonprofit organization that became the center, now a 10-acre property focusing on art, nature, history and music.

“We have this asset in the county, and it’s taken a long time to get to where we are today, but it’s a testament to who we are and what we do here,” Fields said. “I just love the people that come here, they’re so appreciative of us maintaining this place and keeping it going. The people that are donors and supporters, they want to support us so that we can make additional progress.”

Of all the countless performances to occur in the auditorium, Fields noted the sheer awe and beauty of the late Doc Watson who took the stage there in 2009.

“I remember not just his music, but there was a man outside the backstage area that was carving and painting gourds,” Fields reminisced. “Doc spent about an hour talking with him and afterward I told him that Doc was blind and he didn’t believe me. The man said, ‘Well, for a blind man, he sure can see.’”

When asked about what it’s like to stand there and witness a sold-out bluegrass show in the auditorium, Fields took a moment to respond.

“It kind of leaves you speechless,” she said. “That you know that the folks are truly enjoying themselves here. And the bands, they really love performing here, they really tap into that adrenaline of the audience.”

As well, the Fall Harvest Festival will feature bluegrass legends The Gibson Brothers at 7:30 p.m. Saturday, Oct. 19, at the Stecoah Valley Center.

For more information and/or to purchase tickets, visit www.stecoahvalleycenter.com. All concerts begin at 7:30 p.m. in the air-conditioned Lynn L. Shields Auditorium.