The Haywood Arts Regional Theatre is pulling the stops out for its production of the smash hit “Chicago,” which opened July 9.

“Chicago The Musical” has become the longest-running revival in Broadway history, with more than 5,600 performances, along with inspiring an Academy Award-winning film.

The usual rule of thumb is that if a show is running in New York, the rights are restricted and no other theatre can produce it. Because of “Chicago’s” extraordinarily long run the rights have been released, and HART is one of the first theatres to be granted permission to do the show.

The musical is based on a play of the same name by reporter Maurine Dallas Watkins, who had been assigned to cover the 1924 trials of murderesses Beulah Annan and Belva Gaertner for the Chicago Tribune.

Annan, the model for the character of Roxie Hart, was 23 when she was accused of the April 3, 1924 murder of Harry Kalstedt. The Tribune reported that Annan played the foxtrot record “Hula Lou” over and over for two hours before calling her husband to say she killed a man who “tried to make love to her.” She was found “not guilty” on May 25, 1924.

Velma is based on Gaertner, who was a cabaret singer. The body of Walter Law was discovered slumped over the steering wheel of Gaertner’s abandoned car on March 12, 1924. Two police officers testified that they had seen a woman getting into the car and shortly thereafter heard gunshots.

Julie Kinte, who rocked the stage as Sally Bowles in “Cabaret,” returns as Velma Kelly, and Candice Dickenson, who blew everyone away last summer as Ulla in “The Producers,” is Roxie Hart. The production is being choreographed bymCord Scott and Music Director Chuck Taft will conduct the orchestra. “Chicago” is being directed by HART’s Executive Director Steve Lloyd.

Laughter abounds in ‘Falling In Like,’ an almost romantic comedy at HART

The Haywood Arts Regional Theatre kicks off summer with a hilarious backstage romp “Falling in Like” an “almost romantic comedy” written and directed by the playwright Jerry Sipp.

This performance is a unique opportunity to have a playwright come into the community as a guest artist to oversee the production. Sipp has had a long association with HART and its executive director Steve Lloyd.

“Falling in Like” premiered a few years ago in Raleigh and opened to rave reviews. It went on to win the North Carolina New Play Project Award and was awarded “Best New Script” by The Independent in Raleigh.

The show tells the story of leading man Frank who helps Abbie go from intern to ingénue when the leading lady pops a kneecap in rehearsal. The good deed leads to a romantic pursuit, and Frank has to fend off Abbie’s increasingly insistent attempts to get to know him. The show crackles with one liners and backstage antics.

Lloyd and Sipp met in 1983 when both were studying theatre at UNC-Greensboro. They were cast opposite one another in “Deathtrap” and became close friends almost immediately.

While living in L.A., Lloyd wrote a play about brothers Edwin and John Wilkes Booth and sent it to Jerry. The two-character piece was intended as a vehicle for the two of them. Sipp liked it and so did the head of the UNC-G professional summer theater, who agreed to hire them as guest artists and produce the premier. “The Actor and The Assassin” was picked up by an agent in Atlanta then later New York, and Lloyd and Sipp toured in the show for the next 17 years, performing in Europe, at the Kennedy Center and in New York.

The Playhouse and HART became sister theatres for several years, trading productions each season. Then came Hurricane Floyd in 1999. The storm completely destroyed The Playhouse Theater, ending that collaboration. Sipp became the Executive Director of Temple Theatre, a professional company in Sanford and a playwright. “Falling In Like” offers an opportunity for Lloyd, Sipp and the folks at HART to reunite for the first time since the destruction of the playhouse.

Steve Lloyd, executive director of Haywood Arts Regional Theatre in Waynesville, has been honored with The Herman Middleton Distinguished Service Award, given by the North Carolina Theatre Conference for service to the state’s theatre community.

Lloyd has worked as an artist, director and performer in North Carolina and has served the theatre community at large through many years of dedicated service, including chairing the state’s Community Theatre Festival. Lloyd has been the driving force of this festival, reaching out to other theatres across the state, encouraging participation and shared resources. He has served on the NCTC Board of Directors and is a past President of the organization. Lloyd is one of the field’s most articulate and passionate advocates for community theatre funding and development.

The North Carolina Theatre Conference is a statewide organization whose mission is to improve and enhance the environment for quality theatre in North Carolina through service, leadership, and advocacy.

The Herman Middleton Distinguished Service Award is named after one of the founders of NCTC and is one of the organization’s highest honors.

The Haywood Arts Regional Theatre, founded in 1985, is a volunteer-based community theatre showcasing the talents of the people of the region. HART, under the leadership of Executive Director Steven Lloyd, has grown into one of the most active theatres in the Southeast, producing a year-round schedule of plays and musicals from its home, The Performing Arts Center at the Shelton House in Waynesville.

Any actor or director at Haywood Arts Regional Theater will tell you there’s nothing wrong with “The Sound of Music.” Or “Oklahoma” for that matter.

But that doesn’t mean they want to spend all season shuffling through seasoned classics, singing songs everyone already knows by heart.

Each year, HART gets a whole winter season to experiment and explore, bringing plays that have long intrigued actors and directors to its more intimate, 75-seat Feichter Studio Stage.

Feichter plays in recent years have included “Equus,” a story of a young man who is sexually fascinated by horses; “Wit,” in which an English university professor grapples with a terminal case of ovarian cancer; “The Full Monty,” involving six unemployed men who resort to becoming strippers; and “Coyote on the Fence,” which tells the tale of a racist skinhead on death row.

HART’s latest play, Pulitzer-winning “Doubt: A Parable,” is about a priest suspected of sexually abusing a boy in the ‘60s.

Despite an ending that leaves audiences with more questions than answers, “Doubt” sold out its first weekend and was held over for a second weekend of showings.

A sizeable segment of HART’s audience is clearly enthused by the community theater’s daring spirit. It’s not unusual for the theater to turn away people at the door during its winter season, which has raised the bar for theater-lovers in the area.

“Our audience has come to expect us to not do the same thing,” said Steve Lloyd, HART’s executive director. “Lots of theaters underestimate their audiences and want to play it safe by doing ‘The Sound of Music’ again.”

Audiences aren’t the only pleased party. Community actors and directors are delighted to have the opportunity to tackle more serious projects.

“It’s a great theater for letting actors experiment,” said Suzanne Tinsley, one of the founding members of HART and director of the recent “Doubt.”

Art O’Neil, who has acted with HART for a decade, said he’s had his share of traditional plays.

“I’m beyond it,” said O’Neil. “If I’m going to put the energy into it, pick something that’s going to challenge me.”

O’Neil said he has witnessed a shift in HART’s standing over the years, one that he applauds.

“I think there’s a fairly long line now of plays that are not the traditional small-town community theater plays,” said O’Neil. “Ten years ago, we probably could not have done a play that had a curse word in it.”

Since then, the theater has tackled topics like homosexuality and racism and even the raciness of “Cabaret,” where scantily clad thespians greeted theater-goers right at the door.

But HART isn’t choosing these plays just to stir up controversy. A sincere desire to challenge itself and audiences is at the root of HART’s motives. Plays worthy of city stages are the result.

While HART isn’t afraid to go on the cutting edge, it’s not going to force the entire community into joining the journey. Whenever the theater publicizes potentially controversial plays, it affixes a warning about adult content.

And it’s not like HART totally ignores it settings, a few modifications here and there are made.

For example, at the culmination of “The Full Monty,” HART actors actually went through with the striptease, ending up completely naked on stage — but a blinding bright light behind them completely concealed them from the audience.

The play was a huge hit.

In preparing for the stunt, Lloyd and others actually moved through the auditorium, ensuring that the view would only entail a bright light and nothing else, no matter where one was seated.

“It ended up being funny,” said Lloyd. “The audience laughed .... They realized we weren’t going to take people off the deep end.”

For upcoming plays at HART, look no farther than what’s already on Broadway. Lloyd frequently picks up plays that have just become available, like “Chicago,” which was just released to community theaters six months ago.

“I want us to be leading the bandwagon, not following it,” said Lloyd.

For that hard work, HART has won numerous awards, all of which have been handed to plays originating from its smaller stage.

Although its Feichter stage has been successful, there will continue to be a diverse mix of plays at HART with, hopefully, something for everyone.

Lloyd says he compares the theater’s offerings to a dinner menu, making sure to include both hearty and delightful offerings.

“There’s going to be puff pastry, but I’m not going to serve you seven courses of that,” said Lloyd.

A lawyer battling personal demons returns to a small town near Pittsburgh where a sensational crime forces him to face up to following the letter of the law — even if that means letting a dangerous criminal go free.

A king named Midas wishes for riches and ends up with a wealth that kills. A singer named Orpheus descends into Hades to win back his love, but curiosity causes him to lose her forever. Narcissus falls in love with his beautiful reflection and drowns in his own vanity.

Start the year with some drama — HART style

What is art? What makes a relationship stand the test of time? How do you move on in life after one event turns everything upside down?

As a Broadway hit, “My Fair Lady” made Julie Andrews a star. As a film, it made Audrey Hepburn a Hollywood icon. 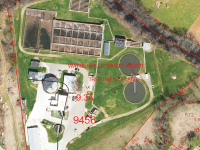 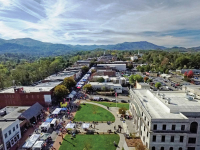 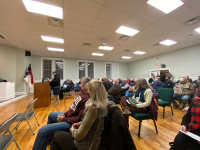