Like any other farmers, Christmas trees growers in Western North Carolina are always looking for ways to grow more and better product.

There are many different plants that Appalachian mountainfolk have used for centuries in their decorations and celebrations on or around the winter solstice.

Sometime around 1940, a red spruce seedling pushed above the forest floor in southern Haywood County. Its roots drank from the moist soil, and each year the tree grew taller and stronger.

Holiday traditions are worth their weight in gold

Growing up in Weaverville and living in Waynesville, I’m very comfortable with small town Christmases. I wouldn’t know how to do Christmas in a big city, although I love the thought of trying. Traditions are a big part of anyone’s holiday, but in small-town America where visions of Norman Rockwell permeate the psyche, traditions seem paramount. 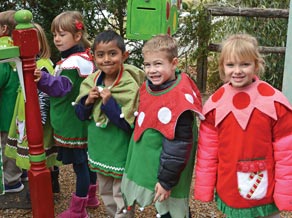 People can buy a real Christmas tree just about anywhere these days — from the big box stores to the side of the road.

The art of picking the perfect Christmas tree 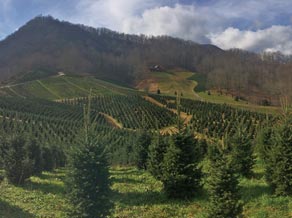 The Christmas tree business is not a get-rich-quick kind of industry. Once a seedling is planted, it takes about eight years of growth before the tree can fulfill its Christmas destiny. 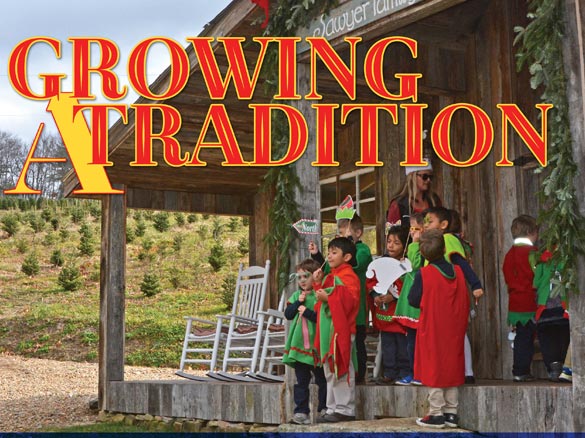 “I think real trees are holding their own,” said Tom Sawyer, owner of Tom Sawyer Christmas Tree Farm in Cashiers. “There’s been more of a resurgence of people lately who want the real deal.”

When Myra Sawyer looks around the Sawyer Family Farmstead, she couldn’t image living anywhere else in the world.

Over the top and proud of it: Hazelwood neighbors light up a neighborhood to celebrate the season

Want to see, for free, one of the best examples of folk art to be found in Western North Carolina? Then head to the humble Hazelwood community in Haywood County and view what some of the residents living there have created using simple Christmas lights and inexpensive or homemade decorations.

This is truly art from the heart.

Thousands, literally thousands, if not actually millions, of lights festoon the trees and decorate the small former mill houses and the trailers that line Hyatt Street. Here, after dusk — in a blatant, unapologetic display of keeping-up-with-the-neighbors — one finds lit candy canes, Santas, reindeer, stars and more. Much more, starting sometime late in October until whenever the residents decide it’s time to take them down.

There are so many decorations per house that most of the people who participate in this volunteer neighborhood extravaganza are forced to buy or build individual sheds just to store their Christmas supplies.

There is a story bandied about Haywood County that the extravagant Christmas lights display on Hyatt Street started with a neighborhood competition gone mad. That, however, is not true. Though there was, indeed, at one time community Christmas lights competitions in this region, including here in Hazelwood.

From a single acorn grows a mighty oak.

Ronald Fish put up those two strings of Christmas lights, and something deep inside him grew three sizes that day. The next year, he put up more lights. Then more, and more each year, and Ronald Fish soon found the strength of 10 men, plus two, and hung lights from the house, the trees, the fence; he built more decorations, added reindeer and Santas and American flags and more, much more. Ronald Fish couldn’t stop and to this day he is still adding lights to his collection.

There’s a lot more than that in the Fish yard now, too many to count.

Down the street a few houses away, Ronnie Cook one Christmas season noticed the Fish yard aglow. Cook was struck by a wonderful, awful, idea: he would have more lights than his good friend Fish. He began stringing lights on trees, on his house, down the sidewalk, up the shed; he couldn’t stop and to this day he, like Fish, is still adding to his Christmas lights collection.

Across the street from Ronald Fish and a mere two houses or so from Cook, Juan and Rosy Camacho grew envious, too, of their neighbors’ yards and houses. Their mouths hung open a moment or two, until they knew what to do and so they ceased crying, “Boo Hoo.”

The Camachos started visiting box stores, thrift stores and more. They bought cases, perhaps even truckloads, of Christmas lights, and decorated their home and yard, too.

Other residents joined in. Though a few houses here on Hyatt Street are determinedly undecorated and dark. Perhaps in protest, or perhaps in sheer surrender to the virtuosity displayed by those who are decorating for the season.

The electric bills for these Hazelwood residents who do participate in this Christmas light festooning are insane. Cook’s jumps about $150 a month, the Camachos’ bill goes up at least $50 (they just started in the game about six years ago). And Ronald and Cecile Fish admit to their bill doubling, though they demurely shy away from saying what that electric cost is before the doubling.

One wouldn’t, after all, want to appear to brag over one’s neighbors.