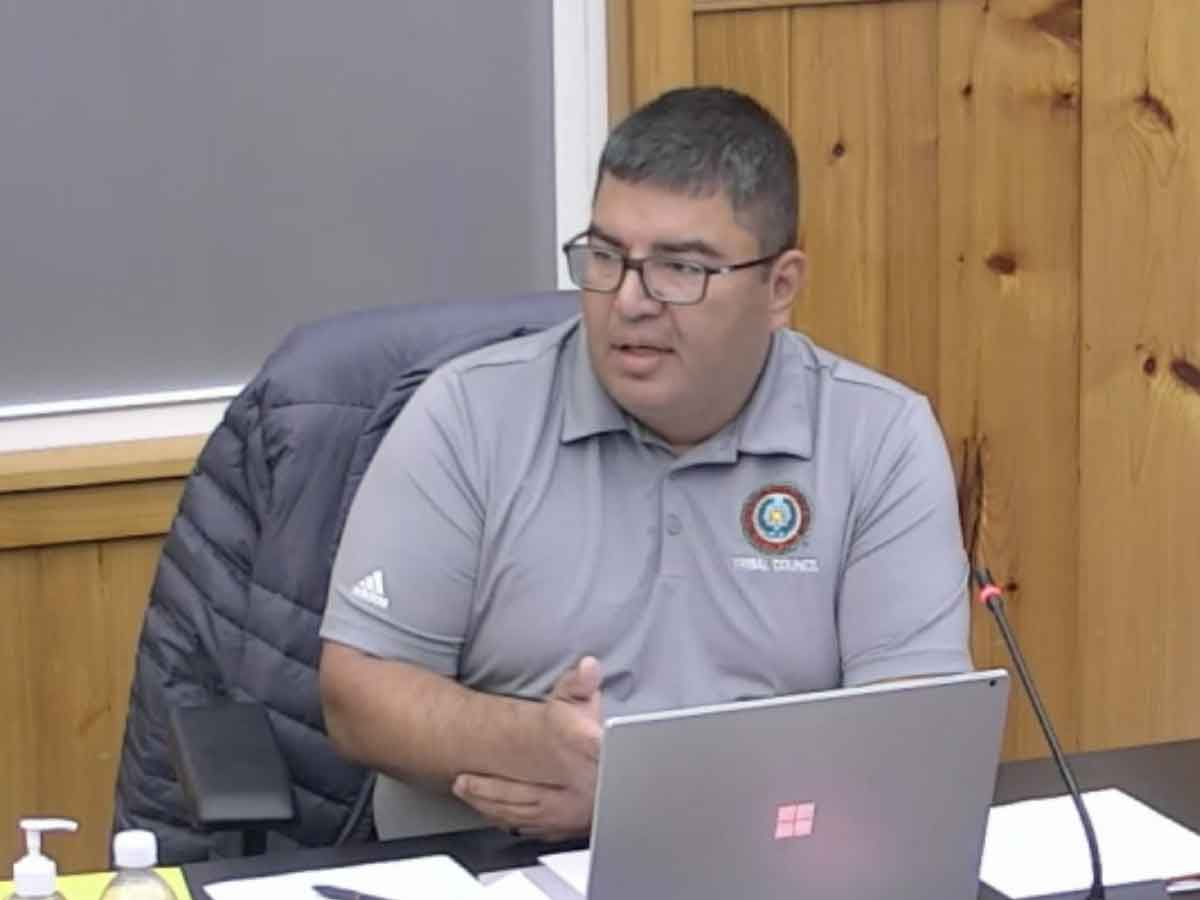 During a special called meeting Thursday, Sept. 29, the Cherokee Tribal Council passed an update to the tribe’s election ordinance that gets rid of term limits for executive offices and makes absentee voting available to all tribal members, regardless of residence or employment.

The term limit issue was previously discussed during Tribal Council Thursday, Sept. 1, when Yellowhill Rep. David Wolfe proposed an amendment striking language that limits chiefs and vice chiefs to two consecutive terms. He did so, he said, not because he doesn’t support term limits but rather because he believes the current law conflicts with the tribe’s Charter and Governing Document.

Attorney General Mike McConnell supported that position, saying that the attorneys in his office agree that enacting term limits would require a referendum vote changing the charter. The existing law could be overturned in court, McConnell told Council.

During the Sept. 1 meeting, Wolfe’s amendment was narrowly defeated, with five councilmembers opposing it and three absent for a weighted vote of 31 in favor and 45 against. But when Wolfe put the amendment forward again Sept. 29, the vote came out differently. It passed with seven members in favor, three against and two absent.

Yellowhill Rep. T.W. Saunooke was the only member who changed his vote from opposition to support. Wolfetown Rep. Bo Crowe, who had opposed Wolfe’s amendment Sept. 1, was absent Sept. 29, while two members who were absent Sept. 1 — then-Wolfetown Rep. Bill Taylor and Painttown Rep. Dike Sneed — were present and voted in favor Sept. 29.

Snowbird/Cherokee County Rep. Adam Wachacha, who seconded Wolfe’s move, said that approving a constitution for the tribe would help address issues like term limits, and that having more referendums on individual issues like this might help the tribe finally approve a constitution.

“I think that the public needs to have a voice in this, and I believe that in order to get the constitution established to an easier level, we need to start having referendum votes on subjects like this so it’s an easier leaping-off point from a charter to a constitution,” he said.

In a March 3 meeting, Tribal Council approved a set of referendum questions for the Sept. 7, 2023, General Election that could result in term limits and staggered four-year terms for Tribal Council members. However, no referendum proposal has been introduced that would impact term limits for chiefs.

Wachacha offered an amendment of his own, one that could dramatically impact voting patterns in Cherokee by allowing enrolled members who live off the Qualla Boundary easier access to absentee ballots.

Wachacha said the current system disenfranchises tribal members who live away from the Qualla Boundary. The tribe counts them when applying for grant money from the federal government, he said, but treats them differently at election season.

“We’re restricting our people from participating in elections, and to me that is not right,” he said. “That is not fair.”

Prior to the Sept. 29 update, acceptable reasons to vote absentee included military service, college enrollment, physical inability or illness, and employment with the federal government. However, residents of tribal lands could vote absentee for essentially any reason, business or personal, that interfered with their ability to visit the polling place.

“We’ve got to give our people an opportunity to vote,” said Birdtown Rep. Boyd Owle. “They may never come back, but they’ve still got a stake in the Qualla Boundary here.”

Not everybody agreed with that point of view. Big Cove Rep. Teresa McCoy warned that approving the change could be “detrimental” to the tribe’s political system, leading to people who don’t know the local community and have never met the candidates having the largest electoral voice.

“This is going to impact the entire Boundary, because half of the tribe does not live here,” she said. “So what we’re doing is we’re opening up by doing this the other half of the tribe that doesn’t live here to cast ballots for people, and a lot of these people have never been here. They’re never going to come here. They check their mailbox twice a year, and that’s about it. But I believe that you do a disservice to the people who actually live here.”

McCoy, who earlier in the meeting argued against the position that the term limit conversation should be settled by referendum, said that absentee voting rules should be a constitutional issue.

“If we’re going to open it up to absentee voting, I think that’s an issue that should be addressed by the constitution,” she said. “And I think the public will let you know if they agree with that.”

Members of the audience had strong opinions on both sides.

Robert Osley Saunooke said that Wachacha’s amendment was an attempt to go “from exclusion to inclusion.”

“This idea of division needs to stop,” he said. “If you live off the reservation and you want to vote, you should be able to vote. You shouldn’t have to buy a plane ticket or spend thousands of dollars to come here.”

Ashley Sessions, who lost her bid to represent Birdtown on Tribal Council during a controversial runoff election in 2017, said that widespread absentee voting could make voter intimidation and vote-buying easier, citing a threatening letter a cousin in Oklahoma had received leading up to a previous election. But she also pointed out how, during the 2017 General Election, many of her out-of-town family members traveled to Cherokee to vote for her. When a run-off election was called, they couldn’t return in time to cast their ballots.

“I would say give it time and discuss this before you make a really quick decision, because really bad things can come from this,” she said.

Ultimately, Wachacha’s amendment passed with four members in favor and six opposed. The ordinance itself passed unanimously, and Principal Chief Richard Sneed has signed it into law.