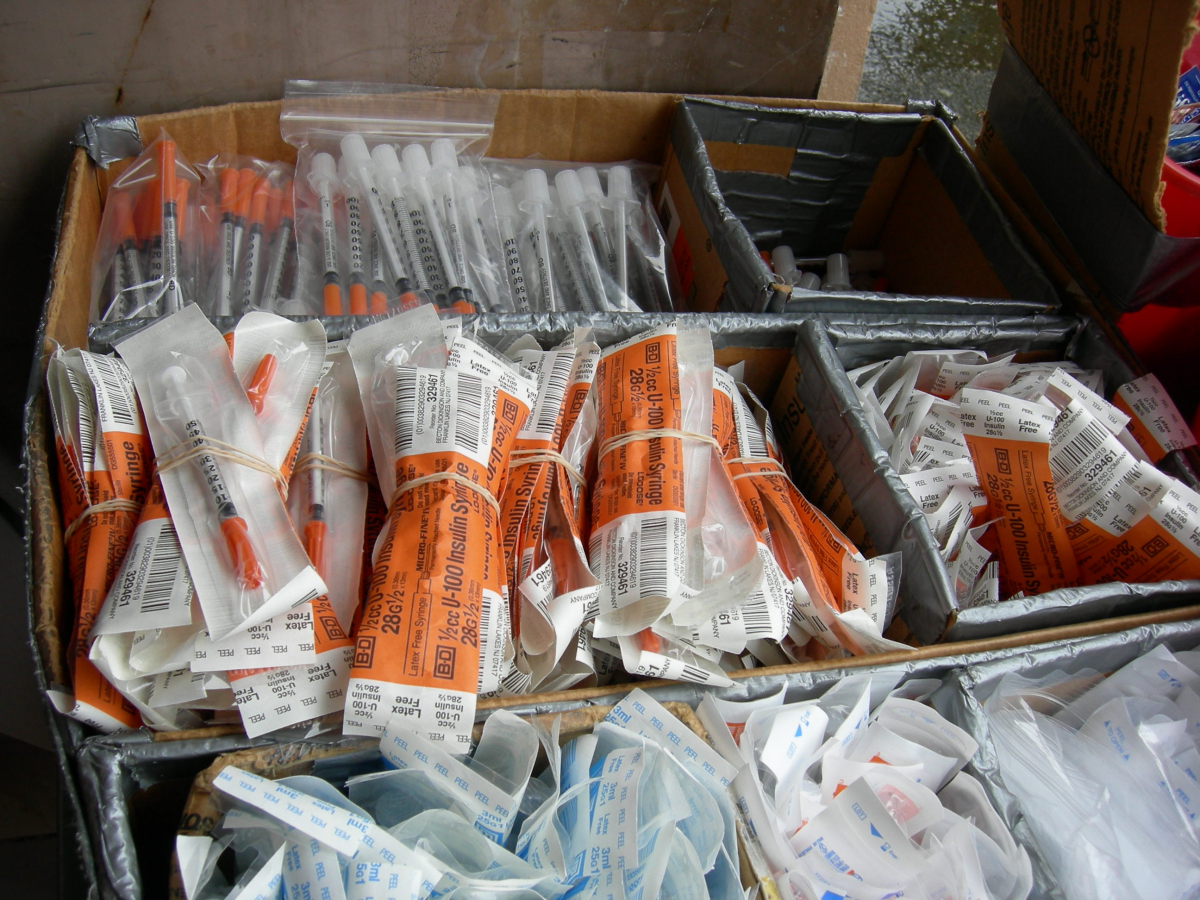 The efficacy of syringe service programs (SSPs) has come under scrutiny, despite 30 years of published research. Wikipedia photo

A General Assembly-backed initiative to prevent opioid overdoses, provide linkages to care and stem the spread of communicable diseases through the use of syringe service programs (SSPs) is being undercut by local law enforcement officers, according to a recent report published by the Harm Reduction Journal.

“Harm reduction efforts, such as syringe services programs (SSPs), are scientifically proven to reduce overdoses and communicable diseases without exacerbating drug use,” said Dr. Jennifer Carroll, lead researcher and assistant professor of anthropology at North Carolina State University. “SSPs are also effective at linking people to substance use treatment, but harm reduction services are only effective if people feel safe using them.”

The report, published Sept. 27, is titled “They don’t go by the law around here: law enforcement interactions after the legalization of syringe service programs” and was created after a seven-county study conducted between January and November 2019.

The enabling legislation became effective in North Carolina in 2016.

A total of 441 people accessing SSPs in Cumberland, Durham, Haywood, Johnston, New Hanover, Vance and Wake counties completed a survey, with some of them then participating in interviews.

The report’s conclusion states that negative experiences with law enforcement are still “widely reported,” and that such experiences “undermine evidence-based policy interventions to reduce fatal overdose.”

“Our findings suggest NC residents, and those that enforce these laws, may benefit from clarification as to what is required of the documents which identify participants of the registered SSPs where they may legally obtain syringes,” the report reads. “Likewise, commensurate trainings for law enforcement officers may be merited.”

The question of efficacy has been a heated one of late, especially in Haywood County, where residents have complained about needle litter they believe has increased since third-party nonprofit SSPs began operating in the county. County government itself does not participate in such programs.

Monies from the Global Opioid Settlement are or soon will begin appearing in local government coffers, and many local government boards have already begun discussing what to do with the funds.

While some legislators and county-level elected officials favor pooling resources to fund treatment centers, a segment of the population believes that SSPs are a small but critical component of any settlement expenditures, by local governments or by independently operated nonprofits.

Whether that investment would produce positive results is a pertinent question, especially if law enforcement agencies are interfering with SSPs, as the report alleges.

Independently operated nonprofits, however, have also come under increasing scrutiny for their compliance with reporting guidelines established in statute. Every 12 months, SSPs must report to state health officials the number of individuals served by the program, the number of syringes and supplies distributed or received, the amount of naloxone handed out, and the number and type of referrals made.

On Sept. 6, Haywood County Commissioner Kirk Kirkpatrick first announced that Haywood County was exploring its ability to regulate such third-party SSPs within the county — something currently beyond its powers.

A month later, commissioners passed a resolution asking the state to allow all 100 counties to regulate SSPs.

Haywood County Commission Chairman Kevin Ensley has expressed support for SSPs in the past. During an Oct. 3 commission meeting, Ensley relayed statistics provided by Nidhi Sachdeva, the North Carolina Association of County Commissioners director of strategic health and opioid initiatives, about the North Carolina Harm Reduction Coalition’s activities in Haywood County with mobile and peer-based SSPs this year.

“In addition to providing syringes and sterile supplies to participants in Haywood County, NCHRC has made 39 linkages to mental health and substance use disorder treatment and they have had 336 linkages to care to a variety of other wraparound health and social services such as medical care, housing including rental and utility assistance, employment assistance and food and nutrition services,” Ensley said.

The leading complaint, at 28.6% of respondents, was that officers claimed they were unfamiliar with the SSP identification cards that recognize people who are immune from liability for possession of items that would otherwise be considered paraphernalia.

A Haywood County woman cited in the report said she felt targeted by law enforcement because of her drug use, that she’d been pulled over for minor or non-existent reasons and that a generally “judgmental attitude” by law enforcement cast undue aspersions on any information she provided to them.

When Haywood County’s law enforcement agencies were contacted by The Smoky Mountain News, they all said that officers are trained and instructed to comply with the law.

Sluder added that he happened to be with one of the department’s younger, newer officers when he was reached for comment, and that he pulled the officer aside to administer an impromptu quiz on their knowledge of the SSP law. The officer, Sluder said, was indeed well aware of the law’s parameters.

“If an instance should occur where an officer fails to adhere to the limited immunity offered by this statute, it would be corrected by the officer’s supervisor through training and education, to assure it will not happen again,” Sluder said. “Our officers strive to operate within the parameters of the law while conducting law enforcement operations and interactions.”

Haywood County Sheriff’s Office Chief Deputy Jeff Haynes offered a similar answer, stating that the department conducts an annual in-service training on a variety of issues including but not limited to the SSP law.

“We have spoken to each Patrol Division supervisor,” Haynes said. “They in turn have read and discussed many topics, to include the above.”

David Adams didn’t become Waynesville’s police chief until January 2020 — after the survey was conducted — however he said he was certain his officers had been trained on the General Assembly’s initiative, and on what officers can and cannot do when they encounter SSP supplies.

Adams also said that he didn’t think anyone had been charged for needle possession since he’d been in office, and that he wasn’t aware of any complaints against officers improperly seizing needles or injection supplies.

“If I got wind of something like that, we’d put a stop to it,” Adams said.