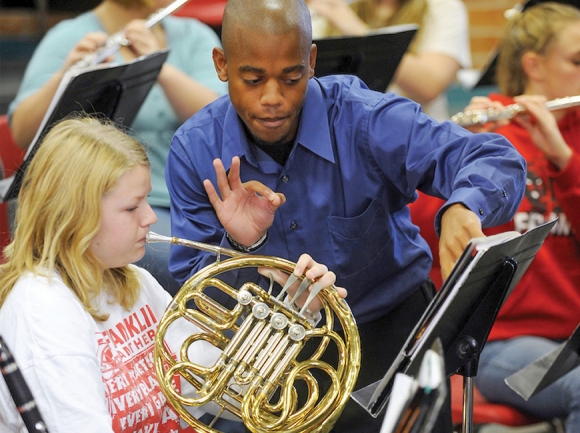 It’s a disparity Gov. Roy Cooper hopes to improve with the creation of the DRIVE (Develop a Representative and Inclusive Vision for Education) Task Force, which he created in 2019 to work toward increasing diversity in education.

According to the task force’s report issued in January 2021, studies have shown that teachers of color improve the test scores of all students. There is also evidence to suggest that students of color are less likely to drop out if they have a teacher of color.

Using data on North Carolina public school students, a 2017 study found that having a Black teacher in elementary school leads to a 31% decrease in the high school dropout rate for Black high school students and a 39% decrease for the most disadvantaged Black male students. In addition, the study found that exposure to a Black teacher in elementary school raised college aspirations for these students and their probability of taking a college entrance exam. 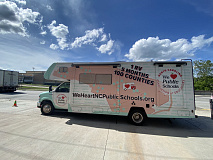 Researchers believe this is due to less racial bias and higher expectations for academic performance and behavior for minority students from minority teachers. Research shows that disciplinary incidents can have long-term consequences for student achievement.

At the local level, diversity rates among educators in Western North Carolina are far lower than the state average. According to the Department of Public Instruction, Jackson County Schools employed 241 classroom teachers across nine schools in the 2019-2020 school year. Of those, nine teachers are races other than white, or about 3.7 percent.

Dr. Kevin Bailey, executive director of human resources, said that in an effort to recruit more minority teachers, Jackson County Schools advertises in more diverse areas such as Asheville, but that the school system struggles to find qualified applicants.

However, even in Buncombe county, as of 2019 just 6.25 percent of teachers were minorities, and less than 2 percent were Black.

In Haywood County, the Department of Public Instruction reported 494 classroom teachers across 15 schools for the 2019-2020 school year. Of those, 14 are races other than white, or about 2.8 percent.

The DRIVE Task Force’s report came with 10 major recommendations to improve the diversity of educators in the public schools of North Carolina. This report came after the Program Evaluation Division of the General Assembly found a “lack of state-level effort challenges North Carolina’s capacity to increase teacher diversity.”

The evaluation was undertaken because of evidence that people of color become teachers at lower rates than their white peers and leave the profession at higher rates due to a variety of factors. The evaluation found that although there is no dedicated state-level effort to promote the recruitment and retention of teachers of color, many local education agencies, charter schools, and educator preparation programs within the state have developed and implemented initiatives to promote diversity in their teacher workforce.

The report cited the Teaching Fellows Program, a program that gives affordable loans and training to become science and math teachers to students attending five public or private colleges or universities. Students who receive the loans can repay them or commit to four years of teaching in North Carolina Public Schools.

None of the five schools in the program are Historically Minority Serving Institutions. Last year the North Carolina Legislature passed a law increasing the number of colleges and universities in the program up to eight schools total, but the law does not specify which schools have to be added. The DRIVE report suggests passing legislation that requires at least one of the institutions added be a HMSI.

The report from the Program Evaluation Division also recommended mandating at least one HMSI in the North Carolina Teaching Fellows Program.