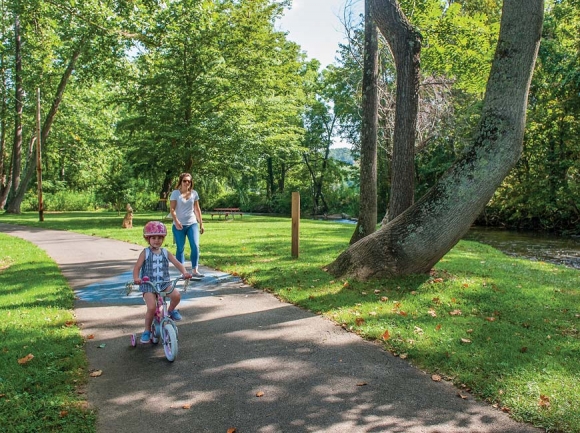 This region is based heavily in the outdoor tourism industry. In 2017, “Business North Carolina” estimated the tourism industry in Western North Carolina at over $3 billion. Land of Sky Regional Council — a multi-county, local government planning and development organization — developed the idea of the Hellbender Trail as an opportunity to work with local governments and create something greater than the sum of its parts, something that would be an added attraction to a region full of outdoor recreation activities.

“We are currently watching the success of other regional trails in the Southeast. The Carolina Thread trail in Charlotte, the Swamp Rabbit in Greenville, the Virginia Creeper in Virginia, the American Tobacco Trail, those types of infrastructure projects help people get outside, make them more active, and can really be a boon to local businesses,” said Tristan Winkler, director of the French Broad River Metropolitan Planning Organization. “For us, we know there’s a lot of people who make trips to go enjoy that infrastructure, and it’s something to us that would really fit in our region, a region that’s really known for outdoor recreation.”

The Hellbender Trail would rely exclusively on existing and planned local trails in Buncombe, Henderson, Haywood, Madison and Transylvania counties. As the idea for the trail developed, Land of Sky Regional Council began looking at and suggesting changes to local plans that would allow for connections between communities and ultimately one, continuous, 150-mile trail system. 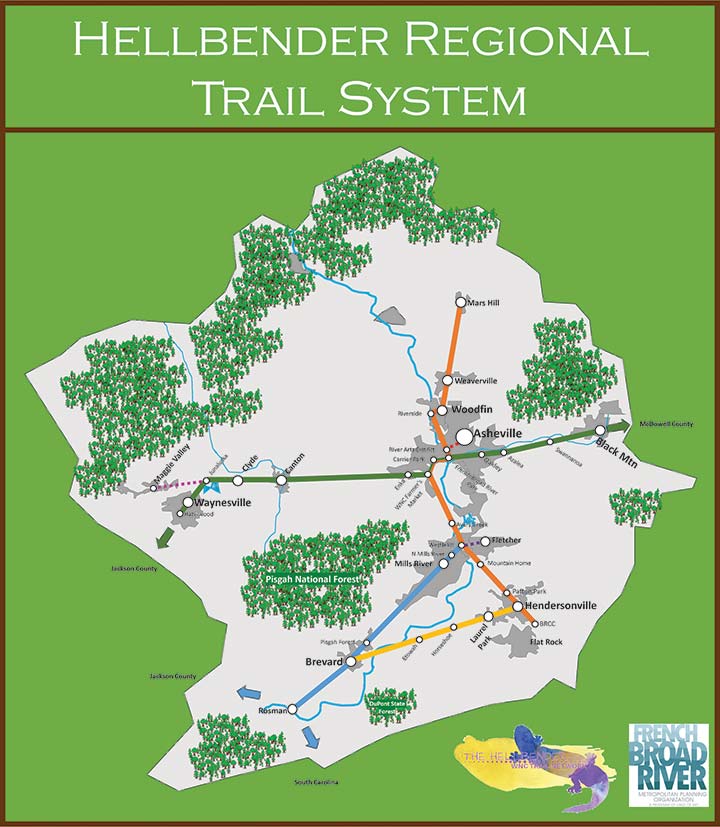 “Henderson County has developed a greenways master plan, Buncombe has had one for a few years, Haywood developed a bike plan. A lot of our jurisdictions have plans on the books. Waynesville is working on Richland Creek, Canton has recently finished up their bike/ped plan. From our perspective, at the regional level, we started looking at it like, there’s been so much planning, what if we look at all those plans and see where they might start to piece together, and if they piece together,” said Winkler.

After compiling all the locally-planned trails, Land of Sky Regional Council began to fill in the gaps in connections between trails.

“There were a few areas where we kind of suggested where connections might be made, or where connections might be feasible. For us that mainly included connecting Weaverville to Mars Hill, right now that’s not in any local plan. In Haywood County, connecting the Pigeon River over to the Junaluska Greenway. So the vast majority is based on local plans but there were a few areas where, in order to stitch the network together we came up with some additional recommendations,” said Winkler.

The majority of those local trails are still just in the plans. Of the 150 miles that would make up the Hellbender Trail, only 12 currently exist on the ground. Those 12 miles are not connected, spread out between Brevard, Hendersonville, Asheville and Waynesville. According to a breakdown of mileage, an additional 18 miles are potentially funded, 8 more miles are being engineered, 45 more are currently being studied and the last 67 are tentatively mapped out. 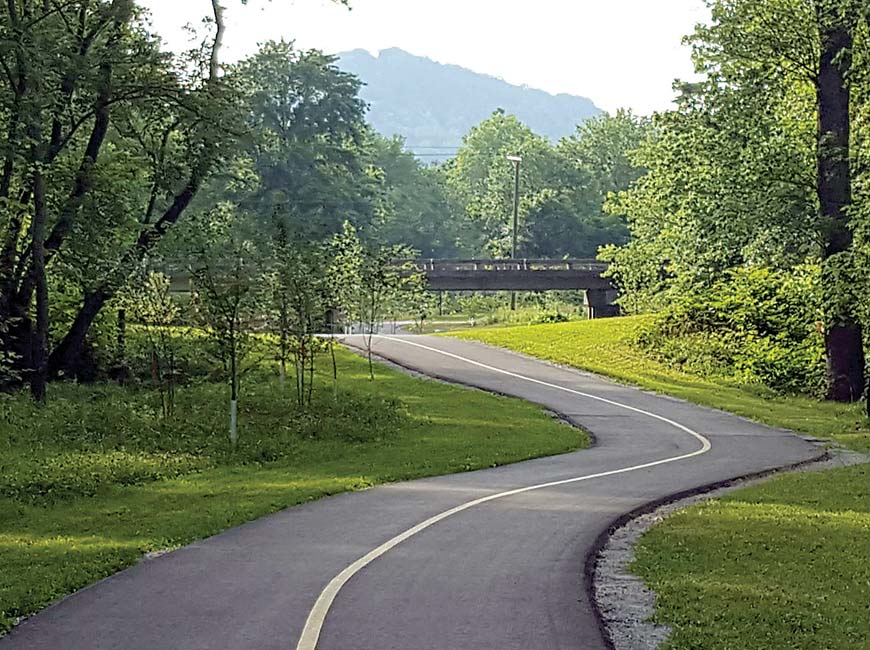 According to Winkler, one important partner in the project is the North Carolina Department of Transportation. As part of North Carolina DOT’s “Complete Streets” policy, every time they improve a road the DOT is required to at least consider bicycle and pedestrian accommodations. The most recent update to the policy says that if there’s a multi-use path, bike lane or sidewalk in an adopted plan, DOT will include that feature for free for local governments when it’s time to improve the road.

“So there’s a lot of potential overlap between DOT’s planned projects and where local governments have envisioned adding bicycle and pedestrian infrastructure. So they have been and will be a key partner in implementing this project,” he said.

But in the end, implementation of plans will come down to each local government. According to Winkler, feedback about the project has been “overwhelmingly positive.”

“I think a lot of people really want to see more trails,” he said. “We’ve heard that on the local level for a long time in our region. We have heard from several people that they want to be able to go between communities and right now that’s not something that our infrastructure facilitates.”

The plan is open for public comment through Aug. 21, and is available in its entirety at frenchbroadrivermpo.org.

As for the name, the workgroup wanted something unique to the region, memorable, marketable and including an ecological lens. After several other considerations, Hellbender was chosen because it promotes an interesting local aspect of the environment, it reflects the natural appeal of the region and, as the plan says, “sounds as rugged as the Southern Appalachians.”