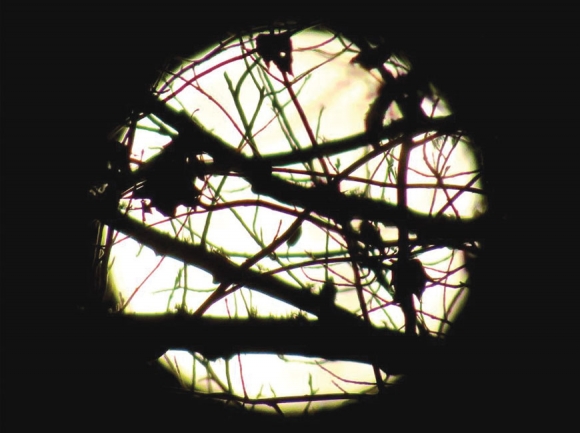 The official time of the 2019 winter solstice in the northern hemisphere is 11:19 p.m. Eastern Standard Time on Saturday, Dec. 21. That is the time the sun reaches the Tropic of Cancer and is directly overhead. That will be the shortest day and longest night of the year. For thousands of years civilizations have celebrated the fact, from this point on days will be getting longer. However, it’s becoming more and more apparent this long “dark” night should be revered as well.

Up until the last 150 years or so one thing on the planet has been a constant — night skies have been dark. The planet, its species, its environment and its ecology have all evolved within this over-arching framework. People speak of a circadian rhythm. Circadian comes from the Latin — circa “around” and diem “day” literally translating to around a day. Circadian rhythms of plants and animals are widely recognized and have been studied and quantified. But the planet has it’s own circadian rhythm comprised of all those species of plants and animals that are either nocturnal, diurnal or crepuscular and the myriads of interactions and connections associated with them.

But then, according to legend, one Benjamin Franklin was flying his kite around Philadelphia in a thunderstorm and voilà, electricity, soon followed by the incandescent bulb and now LED and those dark nights have been and are being radically altered. This phenomenon known as ALAN (artificial light at night) is recent (in scientific terms,) immensely large (just look at a NASA photo of light pollution) and spreading at a 5G rate.

Most scientists are looking at ALAN as a kind of pollution and it rivals CO2 emissions, water pollution and climate change as one of the most widespread and pernicious problems of the Antrhopocene. The largest problem studying ALAN is the simple fact it’s unprecedented. There are no natural analogies with which to compare it. Even with climate change scientists have records of what happens to Earth’s climate when CO2 levels rise. But ALAN is the first of its kind.

The study is ramping up across different disciplines. Scotobiology is the study of biology directly and specifically affected by darkness. The neurosciences have been studying the effects of ALAN on circadian rhythms. There has been ecological, physiological and technological research on different aspects of ALAN and now scientists are working on creating more collaboration among the different disciplines to try and get a better comprehensive picture.

Some biological impacts from ALAN have been known for years and we, attired in our comfortable suit of human complacency have, until very recently, just shrugged it off. It is known, artificial light in windows and on towers etc. has been killing millions of songbirds twice a year during annual migration. Hatchling sea turtles are disoriented by and crawl toward ALAN rather than toward the ambient light of the ocean.

But ALAN is more complicated and convoluted and permeates our environment in ways just now being discovered by science. A study of bats in the Netherlands discovered fast flying species of the genus Pipistrellus gather under certain lights and feast on insects attracted while slow flying genera like Myotis avoid lighted areas (possibly for fear of predators like owls.) The result is loss of habitat for slow flying species. Light pollution appears to be negatively impacting critical “dark-requiring” processes of most plant and animal species on the planet.

In the late 1980s Hal emerged and still lingers as one of the scariest villains of all time, but ALAN scares me more.