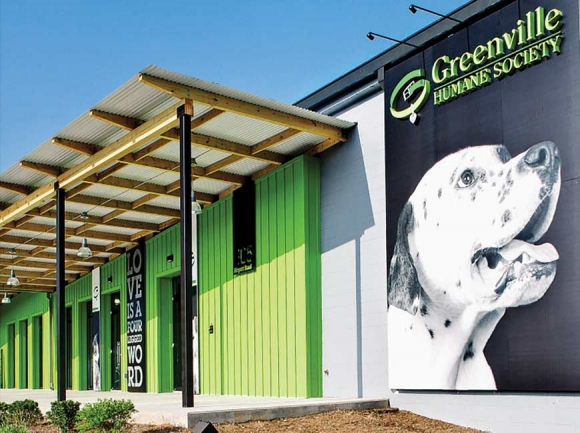 A Green Energy Park makeover under discussion in Jackson County could be a good bit cheaper than originally discussed, with a final master plan for the project presented May 7 estimating the five-phase project at $7.56 million — 62.7 percent less than the original $12.06 million projection.

“With grants out there and different pockets of money and pools of money, it becomes a much more feasible project for you to get a really good quality facility out there,” said Gary Warner, landscape architect and parks and recreation director for WithersRavenel, which prepared the master plan.

The reduced cost is due to cutting the planned size of the innovation center facility from 17,000 to 13,000 square feet and relocating the staffed recycling center to a yet-to-be-purchased property rather than constructing the expensive retaining wall that would be necessary to move it to the bottom of the property, as outlined in the original plan.

The preliminary master plan had estimated $3.9 million to build the innovation center. The final plan reduces the square footage and lowers the per-square-foot estimate from $300 to $137.50, bringing the projected cost of the building down to $1.8 million.

No hard estimate is available for the new recycling center, as it’s unknown how much the county will end up paying for the site where it will eventually end up, but the cost will undoubtedly be lower than that involved in building the 50-foot retaining wall originally planned.

The final plan organizes the project into five phases, splitting the cost up more than in the three phases suggested in the preliminary plan.

Phase three is the most expensive of the five phases, with $4,446,524 estimated to build a $3 million animal shelter, build a new event plaza, demolish the greenhouses and build a new internal loop drive.

Phase four would involve building walking trails and a dog park atop the old landfill, as well as installing plantings and gardens. The phase would cost an estimated $157,320.

Finally, in phase five, the innovation center would be built along with entry drives and parking for a total of $2,514,542. The innovation center would be operated by Western Carolina University and feature a “maker’s space” where students and community members could combine art with engineering and design to develop new creations, as well as rooms for college classes, community outreach and K-12 education.

“We picked an order and you can certainly, depending on how your funds are and what kind of decisions you make, change the order on these things,” said Warner.

With the master plan now final, commissioners are already considering next steps for the animal shelter project. Animal welfare advocates have been telling commissioners for years that a new shelter is needed. The existing shelter is pushing 40 years old, with design and space limitations that make it difficult for the facility to house the animals it needs to or to match them with adoptive families.

The county put out a request for qualifications for architects to design the new $3 million facility, planned at 10,000 square feet, and received four responses. County Manager Don Adams recommended that commissioners select Spartanburg-based McMillan Pazdan Smith for the project.

“This isn’t a bid process. This is about trying to evaluate the architecture firm,” Adams told commissioners May 7. “I was actually impressed with the presentation. I didn’t realize they had this much experience with animal rescue.”

Cary Perkins, who would manage the project, has served as project manager on animal shelters for the Greenville County Humane Society and Aiken County Animal Shelter, as well as for the Charlotte Animal Referral and Emergency CARE CLINIC.

In 2016, the county spent $15,000 for a needs assessment to determine what a new shelter should include and what it might cost. The results of that study went nowhere, with commissioners balking at the estimated price tag of nearly $6 million. Adams assured commissioners the information gained from that study would not go to waste.

“We’re not just starting over from scratch as far as designing the facility, and we’re not throwing away previous work,” he said. “Work that is still applicable and that we can still use, we’re going to use it.”

Commissioners have not yet formally agreed to engage McMillan Pazdan Smith. During a May 14 work session, Adams presented a draft contract in which the county would pay $58,500 for schematic design services and $2,500 for a structural analysis. The earliest commissioners could approve the contract would be during their next regular meeting scheduled for 3 p.m. Tuesday, May 21.