Moment to shine: Outdoor economy conference focuses on widening the base 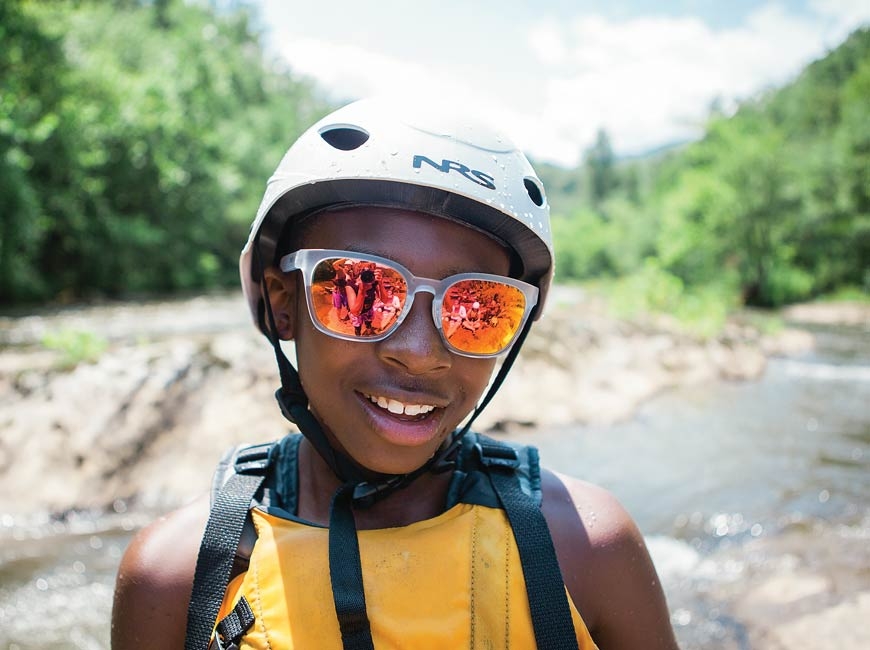 In the wake of COVID-19, 2020 has been a banner year for the outdoor recreation economy, and throughout the month of October the third annual Outdoor Economy Conference focused its lens on making the most of this moment.

“What we have to do as an industry, and as an outdoor economy, as a region, is to not lose that — don’t miss that opportunity,” said conference organizer Noah Wilson, director of sector development for Mountain BizWorks. “That was that was definitely an intentional theme of the conference.”

Due to the pandemic, this year’s conference was held virtually, with four-hour sessions offered each Thursday during the month of October. Each of the five sessions had a different theme, but through all the speakers and panels presented over the course of the month, two overarching ideas emerged: encouraging diversity and new users in the outdoors will be key to growing the industry, and partnerships are vital to success within communities.

“Diversity is a growth driver for the industry if we do it right,” said Wilson, “and you need to weave it into everything you do.”

Reaching the other half

During the Oct. 22 session, Outdoor Foundation Executive Director Lise Aageenbrug gave a talk titled “The Other 50 percent: Why Half of America Isn’t Going Outside, and the Business Case for Reversing that Trend.”

Every year, the Outdoor Foundation releases a report examining trends in outdoor recreation participation, examining everything from preferred pastimes to frequency of use to variations based on age, race and gender. In 2018, the most recent year for which analysis is available, the share of people who participated in outdoor recreation at least once jumped over the 50 percent mark for in the last decade. Between 2008 and 2017, the number had wavered in the high 40s.

However, despite the uptick in base-line participation levels, fewer people are going outside on a consistent basis. In 2018, the total number of outdoor outings represented a 6.5 percent drop over the past three years, and kids in particular went on 15 percent fewer outings in 2018 than they did in 2012. The number of people who recreate outside at least 10 times per year has fallen every year since 2015.

COVID-19 gives outdoor businesses a chance to reverse this trend — and to reap the financial benefits of doing so.

“We know the benefits of getting outside. There’s more and more data every day that talks about this. There’s a health and wellness benefit, social and emotional learning academic benefits, community connection,” said Aageenbrug. “And it also speaks to the future of our parks, trails and public lands, as well as it being a business imperative.”

She made the case that too often, outdoors organizations and nonprofits focus on getting kids outside for a blockbuster, once-in-a-lifetime experience designed to make them fall in love with the outdoors forever and amen — when really these organizations would do better to focus their efforts on repeat, positive experiences close to home.

“What forms habits are repetition of activities, and the need to include fun and joy as well as learning,” she said. “If it’s all learning all the time with no fun, no joy, it’s not likely to become a habit.”

Social connection is especially important for kids, she said, who are more likely to remember their early outdoor experiences in terms of how they did it with rather than in terms of what exactly they did. That same Outdoor Foundation survey found that 63 percent of Americans recreate within 10 miles of their home, so from that standpoint it’s vital to work with trusted local organizations who know the community and are connected to its people, enabling them to offer accessible experiences close to home.

Perhaps the greatest potential area for growth in outdoor participation comes from the minority population.

According to the 2018 Outdoor Foundation report, 73.7 percent of outdoor recreation participants are Caucasian, significantly more than their 60.1 percent share of the overall U.S population according to 2019 U.S Census Bureau estimates. The population of participants also skews male, at 53.9 percent compared to 49.2 percent of the total U.S. population. While female and minority participation has increased over recent years, these populations are still underrepresented. 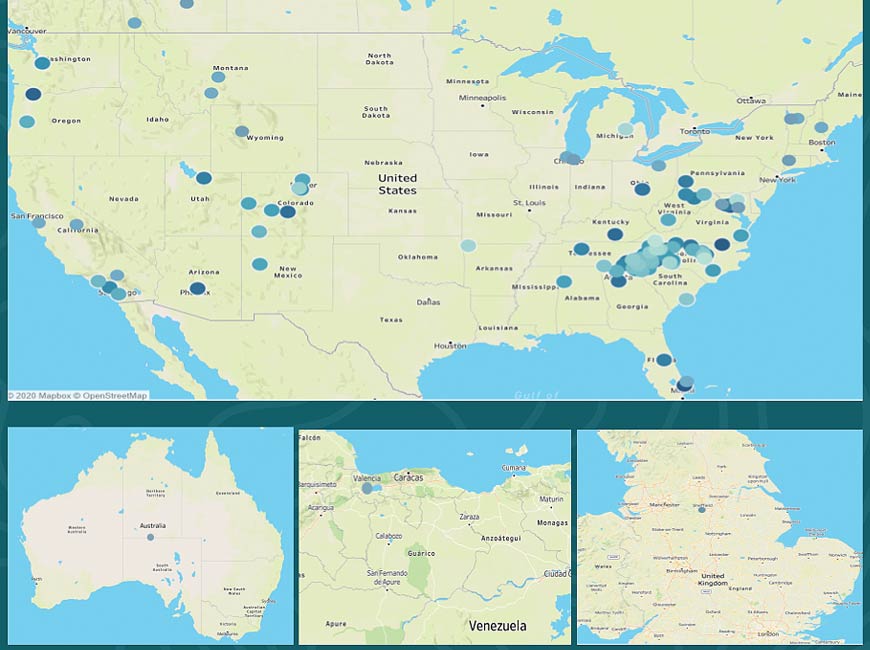 Though centered in Western North Carolina, the third annual Outdoor Economy Conference drew participants from all over the nation and the world. Donated image

However, lack of participation among people of color is not due to disinterest, Outward Bound Adventures Executive Director Charles Thomas Jr. said during an Oct. 8 presentation titled “The Case for Engaging BIPOC in the Outdoors.”

“Most people of color fall into the non-intentional non-users category,” Thomas said. They don’t venture outside because they haven’t been invited.

To underscore his point, he showed a video showing nine teenagers of color who were on their 18th day of a 26-day wilderness adventure. They’d been asked to use one word or sentence to explain what kept them from going into the wilderness previously. Answers included “lack of knowledge,” “motivation,” “getting out of your comfort zone,” “transportation,” “not knowing it was out there” and other responses along those same lines.

“If you design a program that meets those barriers, especially about getting out of your comfort zone and lack of exposure, you’re sure to get more folks of color and urban folks that have not historically gone out,” Thomas said.

The “cycle of outdoor homogeneity” has in the past discouraged people of color from pursuing outdoor recreation, he added. The stereotype of the outdoor enthusiast tends to be white, and so it’s easy for people of color to be absent from outdoor spaces when no one expects them to be there — and especially so when they do show up to find that nobody there looks like them.

“It’s not easy for us to show up if no one looks like you,” he said. “There’s an element of fear. Am I safe? Should I be out there?”

There’s a definite economic incentive for outdoor businesses to help quell those uncertainties, he said. In 2019, Americans spent $887 billion on outdoor recreation — as more minorities discover the outdoors, that number will surely grow.

However, change is needed to bring those benefits to minority populations.

“Let’s be honest — the outdoor industry is the most segregated industry in the world,” said Earle Hunter, founder and president of Black Folks Camp Too. “If that’s the case, the folks that are in the industry, that are in the lifestyle, are going to have to want to change it.”

Change will require intentional effort to reach out to people who might not feel comfortable or welcome in the outdoor community. Conference speakers encouraged hiring people who might not have the hard skills yet but are teachable and kind and partnering with community organizations who work with minority communities. They encouraged white outdoors enthusiasts to invite their non-white friends along for their adventures — and, if they don’t have any non-white friends, to make some.

“A statement or announcement of a stand on diversity is not a plan,” Thomas said. “A plan is a plan.”

This work is bigger than any individual person, business or organization, which is why the importance of partnerships in the outdoor community emerged as non-planned theme of the conference.

“The only way we get these big things done is partnerships,” said Wilson. “That was not intentional. I didn’t think when I started planning the conference that would be one of the big themes. But I think what we saw was that naturally emerged. When we started asking people what are their biggest innovators doing in the outdoor space; what’s happening around diversity, equity and inclusion; or how are we addressing health within the outdoors; what are we doing to get kids outside more to build local communities that are outdoors focused — it just kept coming up.”

Whether it was David Bilstrom of Kitsbow Cycling talking about the trail work and community outreach his company was doing or Aageenbrug discussing the importance of partnering with local organizations to achieve national goals, themes of partnership and care for place pervaded the conference.

“The first thing we did is listen, because I’m not from here,” Bilstrom, who recently relocated his business from California to Old Fort, said of his approach to community partnerships.

Over the course of the month-long event, 415 people from 31 states and five countries attended the webinars and chimed in on the discussion boards. While there was definitely a hub of participation centered on Western North Carolina and the surrounding area, there were also clusters in the mountain west, as well as up and down the entire East Coast. The conference even drew in an attendee from Australia who said the issues highlighted in the agenda lined up directly with the issues he faced in his own community.

“We’re the East Coat’s recreation hub, and this cements our reputation,” said Wilson. “Not only do we say it, we do it. We’re convening discussions that the entire world’s sitting in for because we’re the people who are doing the work.”

The third annual Outdoor Economy Conference is over, but all the presentations are video recorded and will be available online for at least the next six months. Conference organizer Noah Wilson is currently working out details for how best to offer this content to those who did not attend the conference live, and instructions will be posted at www.outdooreconomy.org.

With more than 20 hours of content, there’s a lot to sift through on the conference archives. Here are some of organizer Noah Wilson’s favorites: