The how-to of a jail break

It was a fairly simple inside job in the end, one easily borrowed from the playbook of any Hollywood jailbreak.

Anita Vestal was just a novice jailer, with less than six months on the job at the Swain County jail. But she single-handedly sprang an inmate charged in a bloodbath of a double murder.

The jury trial of a Swain County jailer accused of springing a murderer from jail more than four years ago will conclude next week with a certain guilty verdict. 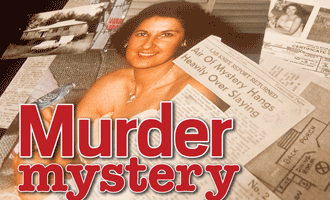 The last of six people accused of playing a role in the murders of two Swain County residents back in 2008 has been put away.

Mark Goolsby of Sylva plead guilty to nine counts of accessory after the fact to various charges, including second-degree murder, first-degree kidnapping and attempted first-degree murder. Goolsby received a seven- to ten-year sentence but was credited for time he has already spent in jail awaiting trial. This means that he has a minimum of about three years and three months before he can be paroled.

“I believe the plea accurately reflects what happened as far as his involvement,” said James Moore, assistant district attorney for the case.

Goolsby was one of two Sylva men who in some way participated in the murders of Scott Wiggins and Heath Compton. Goolsby and his friend Dean Mangold were in the Walmart parking lot in Sylva one day when they ran into two strangers from Atlanta who were looking for more drugs two-days in to a partying-spree at Harrah’s Cherokee Casino and Hotel. The two area boys followed them back to their hotel room at Harrah’s where they proceeded to smoke weed and take the illegal drug ecstasy.

Later, the group left the hotel room, planning to rob Wiggins and Compton, whom they believed dealt drugs. Goolsby stayed in the vehicle and did not actively participate in the robbery and murders, according to testimony of others in the case.

Goolsby testified last month against co-defendant Tiffany Marion, who was then found guilty of a myriad of charges and sentenced to more than two consecutive life sentences without the opportunity for parole. He was also prepared to testify against Mangold, who opted to plead guilty and make a deal with prosecutors rather than stand trial.

“He (Goolsby) did that without any kind of plea deal,” Moore said. “I take that as meaning something.”

Of the six defendants, three pleaded guilty; the fourth committed suicide in jail; and the fifth was found guilty following a jury trial last month.

The only related case left is the trial of Anita Vestal, a jailer in Swain County who helped the ringleader in the murders, Jeffrey Miles, escaped from the Swain County jail in 2009. As of Tuesday morning, no trial date had been set for Vestal. It is also unclear whether she will stand trial or try to make a plea deal.