The Smoky Mountain News won four awards for its news coverage in the recent North Carolina Press Association News and Editorial Awards contest, including first place in the Community Service category for the staff’s comprehensive coverage of Haywood Regional Medical Center’s problems in 2008.

The Community Service prize is among the most coveted for the state’s newspapers, and this is the second year in a row The Smoky Mountain News won first place in the category. Entries in the category include a newspaper’s full coverage of an issue or event — stories, graphics, photographs, illustrations, editorials, columns, infoboxes and anything related to the story. This year’s entry was titled “Tough Pill to Swallow,” and here’s what the judges had to say: “This coverage exemplifies the best qualities of journalist community service: dogged commitment to facts and fairness, inclusive voices from all stakeholders, persistence despite obstacles from those in power. Strong reporting and writing. Great work!”

“This was a story covered by all the media in the region, so to be singled out for our efforts is a testament to the in-depth, unique perspective we try to provide to our readers every single week,” said McLeod.

Last year The Smoky Mountain News won first place in the Community Service category for its coverage of development in the mountains.

In addition to the Community Service award, The Smoky Mountain News also won:

• Second place in General News Reporting for Becky Johnson’s and Merchant’s coverage of HRMC’s initial loss of its Medicaid and Medicare licenses.

Newspapers compete in different categories based on circulation. The Smoky Mountain News competes in the top circulation category for non-daily papers, as does the Mountain Xpress, The Mountaineer and the Franklin Press. Other newspapers and writers in the region that won awards include:

Martin removed as editor in Cherokee

Last week Eastern Band of Cherokee officials made the decision to remove The Cherokee One Feather Editor Joe Martin from his newspaper position.

The decision by Michell Hicks, chief of the Eastern Band of Cherokee, to do away with a column in The Cherokee One Feather was a mistake.

Newspapers in need of iPod moment

We in the newspaper business are supposed to be having the bejesus scared out of us because of the power of the Internet. And right now, as people are spending billions making Internet purchases for Christmas, this fact is hitting home. Soon, we who put out traditional newspapers will be forgotten, quaint relics from the past. 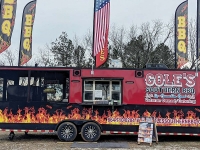 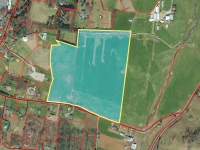