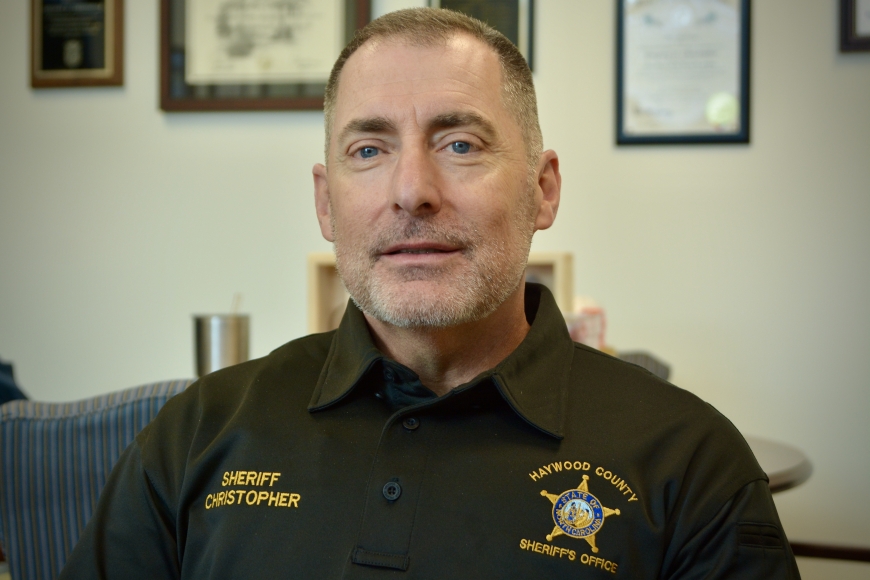 “I’ve been saying this to my staff for quite some time,” Christopher told The Smoky Mountain News on March 19. “I wanted them to be able to prepare for the future.”

Christopher, who will be 61 when his term ends in 2022, said that after a lifetime in law enforcement it’s time for him and his wife to enjoy retirement. Christopher was appointed Haywood County sheriff in March 2013, after then-Sheriff Bobby Suttles retired abruptly with almost two years left on his term.

At the time, the Haywood County native Christopher was a lieutenant in the State Highway Patrol.

After his appointment, Christopher won his first four-year term in 2014, and his second in 2018. Both times, he ran unopposed.

“God has been good to me, as have the citizens of this county,” Christopher said.

The faces of more than 2,000 overdose victims – many from North Carolina, and some from…

The next sheriff of Haywood County will encounter a situation far different than Christopher walked into in 2013.

Since the death of Minneapolis man George Floyd at the hands of a Minneapolis Police Officer late last spring, law enforcement officials and elected leaders are taking a hard look at best practices that could transform policing as a whole.

The political landscape in has also shifted – a hard right turn in Haywood County politics made Christopher, a popular Democrat, an electoral rarity at a time when Republicans made gains on the county commission, and in the General Assembly.

Whoever that next sheriff ends up being, Christopher has some words of advice for when he leaves his post in 20 months.

“I would say that they need to plan on being available to the public, to listen to the needs of the community, to put the office and citizens above themselves, and to adopt an attitude of servitude,” he said.