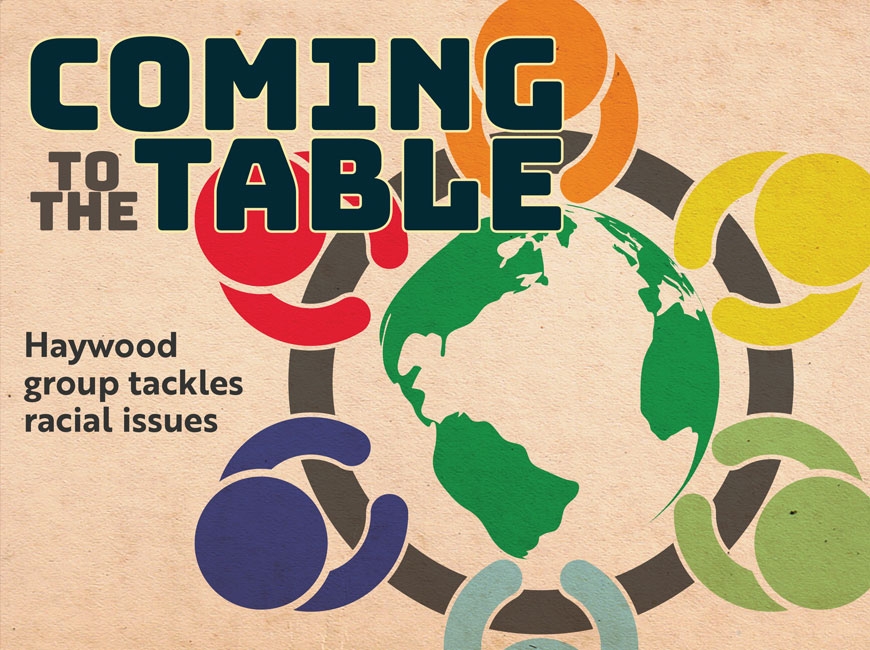 For many, the issues of race, injustice and reconciliation of our violent history seem insurmountable. How do we solve problems of such complexity, such depth, problems that have pervaded our nation since before its founding?

At First United Methodist Church of Waynesville, the first step to addressing these problems is sitting in a circle and talking about them. Don’t be fooled by the simplicity.

Members of FUMC, along with the local chapter of the National Association for the Advancement of Colored People, put together a course on race. Katherine Bartel, William Everett, Nancy Thompson and Louis Pogue collaborated in creating the 11-week course that over 40 people participated in recently. Now, they hope other churches and community groups in the region will use the template they’ve created.

“From my perspective, one of the goals was to create more consciousness in the community about race. And as for my role in the NAACP, I’m trying to build a community coalition that will join us in working on these issues,” said Bartel, secretary for the Haywood County NAACP.

Everett, a member of FUMC, is a retired professor of Christian social ethics. His work in roundtable worship and restorative justice helped shape the format of the course. 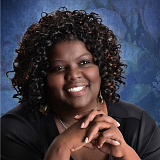 Southern pride has a dark history

To the Editor: Haywood County 2020: I can’t drive down the street without seeing a…

For years now, there has been interest and curiosity about circle conversations regarding race.  The community at FUMC decided to go deeper though, with a full study process that included voices beyond their walls.

While the history of the United States is unique in its path, breadth and forms of violence, it is not unique in harboring atrocity against its own people (and people it deemed as its own). Everett studied one of those other examples up close and personal in South Africa during the late 1990s and early 2000s. After the fallout from apartheid, he researched the work of that country’s Truth and Reconciliation Commission in connection with religious communities.

“The spiritual heart of this enterprise was one in which people were enabled to give voice to their deepest experiences and also to seek ways of repairing the horrible damage done in apartheid, so that the two aspects of seeking the truth and remembering things rightly, as well as restoration and repair, to the extent possible are joined together,” said Everett.

Restorative justice has its roots in several indigenous groups around the world. It is once again being used as a way to reconcile with the seemingly irreconcilable: Rwanda after thegenocide in 1994, in Northern Ireland in response to paramilitary violence, in North America it is the indigenous practice of many First Nations people.

“That pertains of course, to our struggle here with our monuments,” said Everett. “That’s why the course of study here is so important as to try to remember rightly and then seek paths of restoration, which we have planned to do in the next stage of this.”

The course had two major components: literary study and circle conversation. Course participants read White Fragility by Robin DiAngelo, Between the World and Me by Ta-Nehisi Coates, The New Jim Crow: Mass Incarceration in the Age of Colorblindness by Michelle Alexander and The Case for Reparations, by Ta-Nehisi Coates (The Atlantic).

“The book studies seemed really important for answering some questions and getting some education out quickly,” said Bartel. “We started with White Fragility by Robin DiAngelo because I thought it was a good idea to be introspective in the beginning and try to understand our own role in racism.”

The circle conversations were facilitated over Zoom due to pandemic restrictions.

The circle conversations were organized around discussion questions. Questions about the earliest memories of people that were racially/ethnically different from oneself, how racial and ethnic identity shape important daily decisions, how people have benefitted from their family history, what responsibility we bear for the actions of ancestors, what responsibility Christians bear for the actions of the United States, where institutional racism exists, why Americans should acknowledge the nation’s history and how to contribute to racial reconciliation.

Prior to the start of the course, Bartel asked the same questions to members of the Black community and filmed their answers. For each question, the course participants would discuss first, then they would watch and listen to Black responses to the same questions. Bartel said this format allowed people to see and understand the stark difference of experience.

“We have a small African-American community and so the people that get called on over and over again for this kind of role are very tired of educating white people,” said Bartel. “They’ve done it for so long. And so often it gets to be quite a burden. So I proposed doing the videos as a way of letting them do it once and then be done. And they welcomed that format for that reason.”

Clark said that the course exceeded her expectations. She knew she wanted to participate when she realized the leadership of Everett and Bartel. Everett, she says, knows the process of bringing people together and how to have difficult conversations. Bartel knows the Black community and how to effectively present facts and ideas to the group.

“I listened to our Black community discuss injustices that hit close to home,” said Clark. “We broke out in groups and went around in a circle discussing the questions posed to us. Those questions on systemic racism helped us discuss the hard issues with fresh eyes, rawness and hope. I learned about generational wealth and how to discuss it without defensiveness.”

Bartel said that the course participants were open and receptive.

“Circle conversation is a really wonderful and sacred approach to healing and reconciliation,” she said.

Now Bartel, Everett and the other leaders are in the process of reviewing evaluations they received from participants to look at possible revisions. They are sharing the course and its format to churches and community groups in the area in hopes of facilitating these conversations to more people.

“We’re on a constant quest to improve what we’re doing, but we are offering it to any church that’s interested in this process,” said Bartel.

The work isn’t over — that is what Bartel wants people to know. While the course work for this particular session has concluded, the last part of the course involves a discussion about reparations. Participants generated a whole list of ideas for things they can do and FUMC leadership is pursuing those ideas. The group is still working to formulate plans.

“I don’t have all the answers but I do have the heart and will to be an active part of the movement to eliminate racism and the systems it supports,” said Clark.

For churches or community groups interested in offering this program, email Bartel at This email address is being protected from spambots. You need JavaScript enabled to view it..