Of meth and motherhood: Two stories of addiction, family and recovery 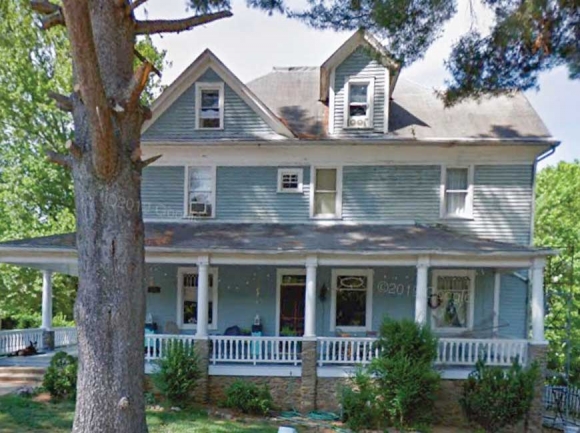 By Boyd Allsbrook • Contributing writer | Few issues raise as much political ire in Western North Carolina as that of the ongoing drug abuse epidemic. Debates rage over methadone, harm reduction and Substance Use Disorder-linked homelessness at most local government meetings. Everyone has an opinion on addiction and what to do about it. But too often a fundamental truth is missed — those experiencing addiction are importantly, individually, human.

Mollie Ledford — the self-described “face of addiction” — has a story to tell. Born into poverty in Waynesville, her early life was fraught with trauma. Molested at 8, raped at 12, she began drinking and smoking marijuana at the age of 11. Her alcoholic father set the example, and the substances were readily available in the house.

“I was like,” she recalled, “Oh, I can just blur things out! I don’t have to cry, and I don’t have to miss my dad. A lot of addicts start with, ‘I’ll just smoke a little weed or drink a little beer, and then I won’t have to feel for that little bit.’”

By age 16, Ledford had progressed to cocaine and then to snorting crushed-up prescription opioids like Percocet and OxyContin. By then she was also functionally raising her live-in boyfriend’s son while still in school herself. Percocet, a notorious depressant, renders even normal tasks difficult to accomplish, let alone those of a 16-year-old mother. She was floundering. She needed a boost.

She recalled the way methamphetamine hydrochloride was pitched to her: “You can just put a little crank in your Mountain Dew and then you’ll have energy to get it all done. And they’ll be none the wiser.”

It was like magic. One hit and suddenly, she not only was euphoric but also hyper-functional. She worked as a med tech at 17, and, powered by the meth, went on to get her CNA degree in college. Her medical professional colleagues never had a clue how high she was most days.

“I’d go in the bathroom, do a line of meth off the toilet-paper dispenser, clean it off, and go back to work,” she said.

At 18, she bore her first biological child, a son. Shortly after, she and his father separated, and she was left to raise him alone. By this time, she had begun to get intermittently clean. Her streaks generally didn’t last long. The stress of her lifestyle was intense, and this coupled with years-old addictive patterns always managed to bring about a relapse. When the meth was gone, she was left with nothing but pain. When the meth was gone, she couldn’t function at work. During this interval, she was what can be described as a “maintenance user.” Doing just enough to get by, living in total denial.

“If you’d asked me then I’d say, I’m not a drug addict. It’s those dirty and disheveled people on the street. I spoke out against addiction to cover up what I was doing,” Ledford said. “I wasn’t afraid of meth. I should’ve been, but I wasn’t. To me it was the soccer-mom drug.”

It went on like this for a while, the methamphetamines taking greater and greater control. She eventually made the decision to give up her 14-year-old son to his father. He’d been acting out in school and she felt responsible. Her addiction had edged the boy out of frame and into neglect.

“It’s like, your kid gets a boo-boo, and instead of putting a Band-Aid and Neosporin on, you say, hey, you’re fine! Go play!”

Once free of parental responsibility, she began to spiral in earnest. She floated from man to man, each relationship more abusive than the last. Eventually she found herself in Texas, woken from sleep by a boyfriend with hands around her neck. He was high and attempting to kill her. She’d obviously done something to piss him off in her sleep. Wrestling free, Ledford made for her car in a dead sprint with $30, a T-shirt and a pair of pajama pants to her name. She drove home from Texas without stopping for sleep, under the sort of panic a bag of meth does not help assuage. She bought one anyway just to keep from passing out. After that it was pure freefall.

“My purpose in life became to find that next line of meth. All day, every day,” she said. 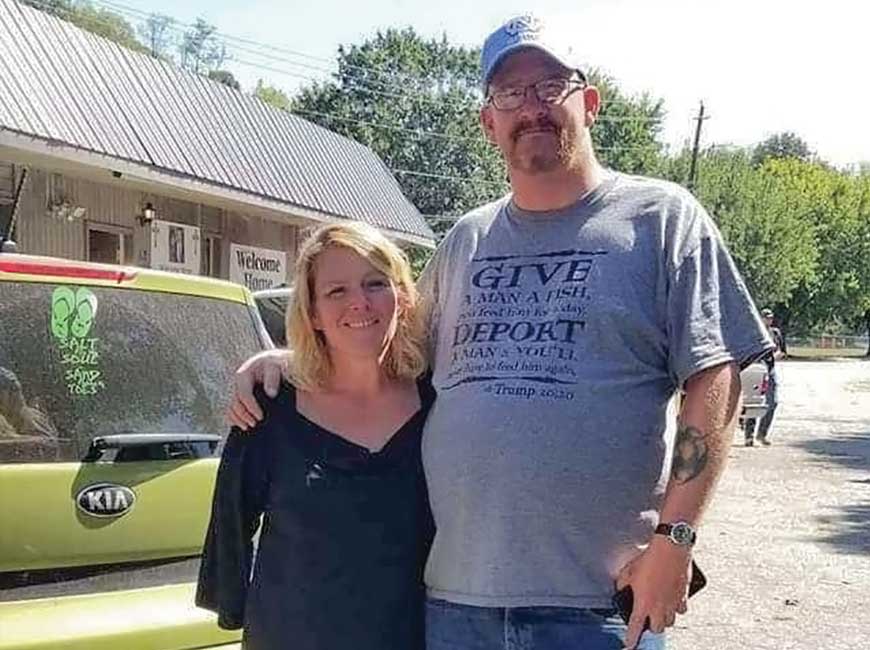 She did whatever she had to go get high. Homeless. Alone. Terrified. A .45 pistol and a restraining order in her purse against a psychopathic ex-lover, who, she was sure, was right on her heels. It was then that she reconnected with her now-fiancé.

They had been friends back when he too was an addict. He’d gotten clean through Haywood Pathways Center and turned his life around. He reached out to her as gently as he could, asking her to talk, to come to church with him, to get breakfast. She finally agreed to meet him for a pre-church breakfast. She arrived at the restaurant strung out and apprehensive.

They talked. He said it might be time for her to give up.

They went to church together and something snapped inside. She gave up, gave it to God on her knees. With help from friends, she left Waynesville a few days after in hopes of removing herself from the home of her addiction and trauma. She’s been clean ever since.

Ask anyone and they’ll have ready examples of what can be lost to drug addiction. Money. Jobs. Health. Life. Ask recovering meth user Ashley Bradley and she’ll add another to the list — your child.

Adopted into a “very Christian” family at 6 months old, Bradley grew up in Haywood County. She had a relatively standard childhood, but, like many who are raised in a sheltered small-town home, she had an itch to get away. Directly after graduation, she moved to Florida to stay with her birth mother.

“Funny,” she said, “years later, I couldn’t wait to get back home.”

Life happened in a bad way, as it so often does to young kids striking out on their own. In February 2000, Bradley found herself unwed, alone, poor and pregnant. She’d always wanted kids, but this was not how she’d pictured it happening. Still, she kept the child and gave birth to Kaitlynne on Dec. 13 of that year. Times were hard. She was, in her own words, just a child. She tried to provide, to straddle the gap between adulthood and immaturity with increasing difficulty. Eventually, this led to Kaitlynne’s father’s parents seeking custody. The courts gave Bradley two years to get her life in order.

It was precisely at this worst of moments that she was offered methamphetamine. One hit, and she was hooked.

“It was like I got high once, and two years went by,” Bradley said.

The terror of losing her daughter, the perceived hopelessness of her situation, turned those two vital years into one long binge. A young girl, alone and far from home, her daughter lost with little hope of coming back. She couldn’t deal. The meth was all she had to feel alive. On it, the pain and confusion of what her life had become could fade and become less relevant.

Just like Ledford, Bradley did whatever she could to stay high. She became homeless. She slept under bridges and in shelters. She dealt drugs to keep her supply steady. She could not, would not, feel. And all the while, her chances of reclaiming Kaitlynne were trickling away.

Salvation came in the form of a 2002 overdose. The EMT who saved her life later said that he had no clue how she survived after being out for as long as she had been. The overdose was her rock-bottom and set her straight. She sobered up, stayed clean and tried to appeal to the courts. It was too late. She lost rights to her first child in 2003.

Bradley never once relapsed. The terror of her brush with death and the pain of losing Kaitlynne kept her straight. Time went on. She healed, came home to Haywood County, married a good man who worked for the sheriff’s office. They’ve had many children and fostered many more. She never quite recovered from the guilt of losing Kaitlynne until, inspired by a sermon at New Covenant Church, deciding to turn her shame into action.

Bradley and her husband are on the cusp of opening a new halfway house for women with children. 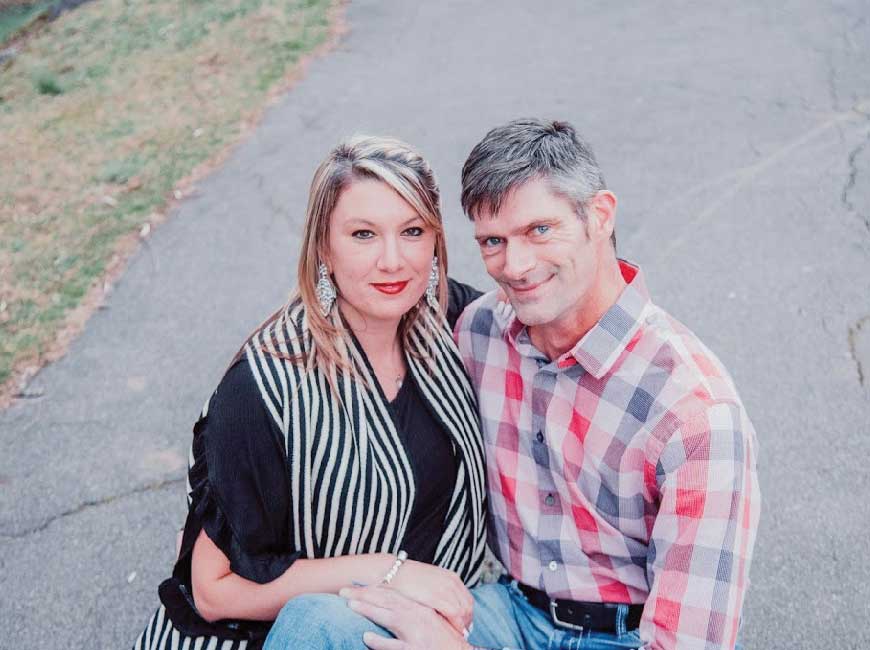 Ashley Bradley and her husband Todd have formed a nonprofit to help women healing from addiction. Donated photo

The facility — called “Kaitlynne’s House” — will take referrals from schools, police and DSS. The goal is for mothers deep in addiction to have a place to heal without losing their children. It will be a holistic faith-based rehabilitation environment, connecting resident mothers with all resources the area has to offer.

“Back when I was struggling, there was no choice of recovery with kids,” said Bradley. “Addiction cycles through families. Children of addicts often go on to be addicts themselves. I want to give them a childhood they don’t have to recover from.”

The facility is expressly for people like Ledford, for people whose lives have been marred by generational addiction. Addicted single mothers lose their children easily. Those children perpetuate the cycle of pain and the avoidance thereof. Ashley hopes to keep mothers’ hope alive while they recover. She hopes to help their children avoid Ledford’s childhood and its trauma’s attendant addiction.

Donations to Kaitlynne’s House can be sent to 101 East St. in Waynesville.