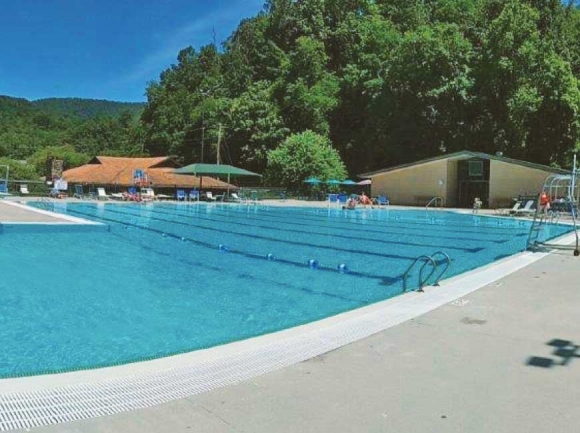 Jackson County commissioners will be discussing a potential ballot measure during a July 7 meeting that would allow the county to fund and construct an indoor public pool. File photo

A proposal to include a referendum question on the November ballot asking voters to approve funding for an indoor pool in Jackson County will be the topic of a public hearing slated for 5:55 p.m. Tuesday, July 7, at the Jackson County Justice Center.

The referendum question would ask voters to approve a $20 million bond to build an aquatics facility at the Cullowhee Recreation Center, which would include an indoor competition pool as well as an indoor leisure pool.

According to a report from Asheville-based architecture firm Clark Nexsen, construction and closing costs will total nearly $20 million, with a projected annual operating cost of $612,000. Paying down debt on a $20 million bond would require an additional 2.2 cents per $100 of property value on Jackson County’s existing 38-cent tax rate, and operational costs would require an additional 0.4 cents. Voting yes on the referendum would mean endorsing both the $20 million bond and a tax increase of 2.26 cents per $100, bringing Jackson’s total tax rate to 40.26 cents per $100.

Jackson County residents have long clamored for an indoor swimming pool, with 86.4 percent of 638 survey respondents in a 2013 recreation master plan update saying that a centrally located indoor swimming pool is “important” or “very important.” A follow-up survey in 2019 saw 93.7 percent of 1,709 people say they would support an indoor pool, with 68 percent saying they’d support such a project even if it meant raising taxes.

A referendum would allow voters to speak on the issue during the Nov. 3 General Election. If they vote yes, then commissioners will be able to adopt a resolution to formally approve the election results and get to work on the necessary processes to issue debt. It’s expected that any associated tax increase would go into effect for the following fiscal year beginning July 2021.

During their May 12 work session, commissioners discussed whether economic uncertainty caused by the coronavirus might warrant delaying the referendum. However, they concluded that since most of the money associated with getting the question on the ballot has already been spent, it makes sense to go ahead with the vote and evaluate after the election whether conditions still warrant moving forward. While commissioners will not be able to take out the bond if voters say no, a yes vote will only give them the option of moving forward — it will not obligate them to do so. A referendum is required to authorize the issuance of bonds that will be collateralized using property tax, but in the case of a yes vote commissioners would then have to go through a separate process to issue debt, which would also require a public hearing.

“We’ve expended the greatest number of the cost to get where we’re going,” said Chairman Brian McMahan during the May 12 work session. “It’s almost like, why not let the people go ahead and vote on it. If they vote it down, it’s a dead issue. If they vote yes, we’ll re-evaluate where we’re at financially.”

To date, the county has spent $48,000 preparing for the referendum. That amount includes $40,500 in architecture and geotechnical studies as well as $7,500 in bond attorney fees. The only expense left is marketing materials to educate voters leading up to Election Day, estimated to $5,000 to $10,000.