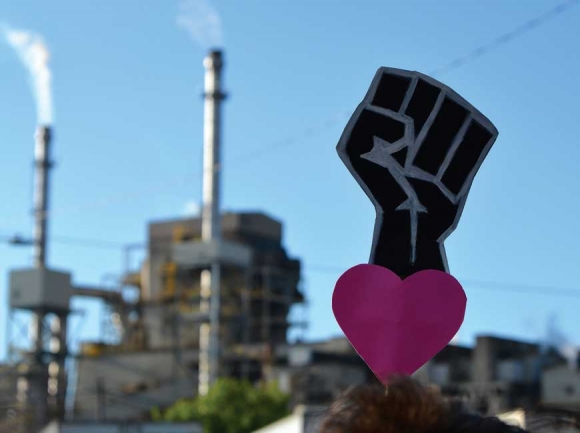 Waynesville. Sylva. Murphy. Canton. Bryson City. Franklin. Demonstrations associated with the death of George Floyd aren’t solely a big-city phenomenon, nor are they all destructive. Since June 1, more than a thousand Western North Carolina residents have taken part in a series of actions in small, rural mountain towns without any of the violence and vandalism associated with protests in larger cities.

“I was actually pleased with the turnout,” said Zach Bach, who with Dylan Davis organized the June 1 march in Waynesville. Bach and Davis, both Haywood County residents, also organized a march in Canton on June 6.

“I’m marching with them today as a member of our community,” said Smith. “I think it’s really important that rural communities are coming together to say we support the Black Lives Matter movement too, and to understand that it’s not just big cities that are impacted, it’s smaller communities as well. It’s great to see younger people here organizing events like this.”

Canton Mayor Zeb Smathers was out of town, but said that if he wasn’t, he’d have attended to listen to the concerns and conversations taking place in his town of 4,300 residents.

“I was thankful but not surprised that the protest in Canton was a success, because I know the true character of our town. From day one, our police department, with the help of town staff and other local enforcement, worked hand-in-hand with the organizers to protect both their constitutional rights and the safety of our citizens and businesses,” Smathers said. “This cooperation set the stage for a peaceful event that raised awareness and conversation.”

A June 4 march in Murphy, organized by Cherokee County residents TeLor Allen, Jake Reed and Emily Mills drew at least triple the amount of attendees as the Canton event despite Murphy’s population being less than one-third of Canton’s.

Organizers and demonstrators alike stood in silence for eight minutes and 48 seconds — the amount of time Minneapolis police officer Derek Chauvin kept his knee on a handcuffed George Floyd’s neck. Floyd later died, and Chauvin has since been fired and charged with his murder. 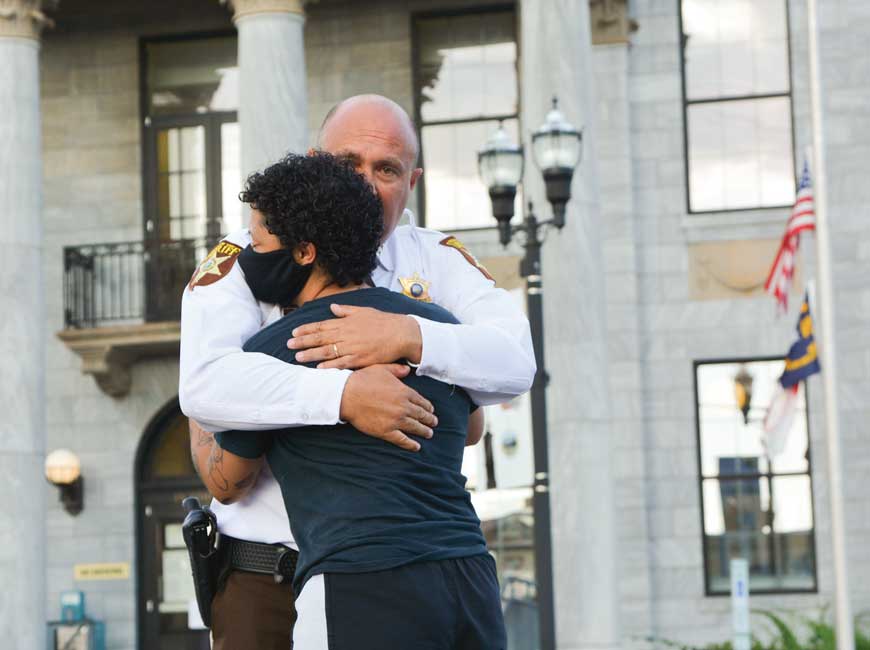 After Murphy’s long moment of silence, Cherokee County Sheriff Derek Palmer addressed demonstrators with an impassioned speech that appeared to have him choking up, fighting back tears.

“I was sickened to see what happened in Minneapolis to George Floyd, by the hands of law enforcement officers that were sworn to protect their community. I have watched every video I can find to watch. The cell phone videos, the body cam videos, the surveillance videos. I have tried to make sense of how these officers reacted and tried to find some reason for their action, but what I saw was simply no excuse whatsoever,” Palmer said. “In my opinion, any officer — any law enforcement officer in the United States of America — who has watched these videos and continues to defend the actions of these officers should resign immediately and turn their badges in.”

A similar rally was held in Bryson City on June 8, and drew more than 300 marchers, despite having a population similar to Murphy’s, about 1,600 people. Organized by Jeff and Jody Helpman, both pastors at Bryson City’s Grove Church. Jeff is also the director of LoveBryson, the community organization that spearheaded the event.

“Rumors were spread that we were bussing in people from Atlanta, that we were going to do damage to the storefronts here, and obviously that is not our intent at all. I mean, our kids are out there,” Jody said. “Every time we would maybe hear the negative, we tried to spin it back and say, no, this was created for peace. We’re here to unite.”

The Bryson City event was an all-day affair, with music and prayer from noon until six and then a march that snaked its way through downtown. It also took on an added significance as it occurred under a historical marker commemorating the nearby execution of Tsali, a Cherokee Indian who resisted removal in 1838.

Swain County has a substantial Cherokee population (almost 28 percent) that was well-represented during the event’s programming. Bryson City’s event took place in the shadow of a monument to a Cherokee Indian executed by the U.S. in 1838. Cory Vaillancourt photos

None of the small-town marches have been completely free from blowback — in each, at least one heckler addressed marchers, who immediately shouted them down.

After Canton’s march had concluded, police arrested 21-year-old Niklaus Cain Hare, who leveled ethnic slurs at marchers returning to their cars. Hare was charged with being intoxicated and disruptive, resisting arrest, ethnic intimidation and interfering with a peaceful protest. Hare had previously been convicted of felony possession of a schedule 2 illicit substance in McDowell County in 2016 and has had several run-ins with police.

Organizers of the rallies say they feel their voices are being heard, slowly, but Smathers thinks it’s still time to listen, and to begin the heavy lifting involved with addressing the concerns of demonstrators.

“Now, the important thing is to have follow-up conversations: ones that are straightforward and ones that are difficult,” Smathers said. “If we do, we will find common ground, like we found on Saturday in Canton and make our community better for everyone."