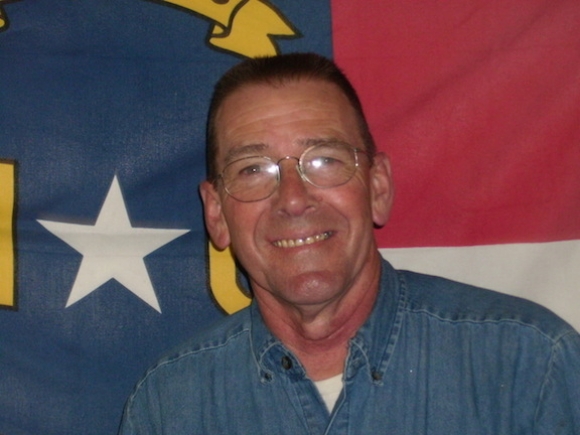 Eldon Jamison, longtime member of the Glenville-Cashiers Rescue Squad died in the line of duty on Tuesday, May 5, while attempting to rescue a 24-year-old man who had fallen into the water at the base of Whitewater Falls.

During a meeting of the Jackson County Commissioners May 5, Chairman Brian McMahan identified the deceased as Eldon Jamison and requested that a moment of silence be observed in his honor.

“That’s a strong family there in that community, and that department means a lot to this county,” McMahan said. “It’s like family, and I know they’re all grieving tonight with the loss of that member.”

The search for 24-year-old Rowan County resident Chandler Manuel has been ongoing since 9 p.m. Monday, May 4, when Jackson County Emergency Management received a call from Transylvania County. Manuel was hiking the Foothills Trail with an undisclosed number of other hikers, one of which has been confirmed to be his brother. The Whitewater Falls area was closed to the public at the time, including a closed gate, parking lot and facilities. However, the hiking trail to below the falls was open.

The Glenville-Cashiers Rescue Squad and other responders worked to locate the victim until around 1 a.m., when safety concerns due to incoming storms and difficult terrain suspended the search. The squad returned to the area around 9 a.m. this morning, along with Jackson County Emergency Management, the Jackson County Sheriff’s Office, the Transylvania County Sheriff’s Office, the Transylvania County Fire Department, a swiftwater rescue dive team from Henderson County and other public safety departments from surrounding areas.

During the search, Jamison fell from a rope during search operation in which a rugged remote high line operations repelling team from the rescue squad was searching for the victim. Jamison did not survive the fall, and a National Guard N.C. Heart helicopter team retrieved his body from the bottom at 4:15 p.m. Ten other rescue squad members were below the falls and eight others were on their way down when Jamison fell. All 18 survived safely.

The N.C. State Bureau of Investigations is investigating the incident, which is standard when a death occurs in the line of duty.