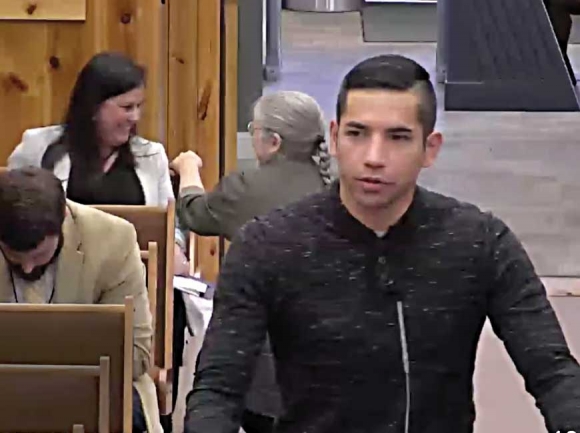 Tribal Council will consider a pair of ordinances proposing changes to the tribe’s banishment laws during its March 5 meeting, and with discussions held during the Jan. 9 Tribal Council meeting and a Feb. 26 work session in the rearview, a final vote is likely.

The topic first came before Council in January, when tribal member Kallup McCoy presented an ordinance that if enacted would provide a pathway for people Tribal Council had banished from the Qualla Boundary to have that decision reversed.

“Basically, we’re just asking you to invoke your power and to give people the opportunity to come in and prove their remedial process and their path to healing and recovery,” said McCoy.

A former addict, McCoy is now a leader in and advocate for the tribe’s recovery community. Most of the banishments currently on the books were enacted as the result of drug-related offenses, especially against alleged dealers. While nobody currently on the banishment list is a tribal member, said McCoy’s mother Ruth McCoy, who presented the ordinance with him, many of them have family members and children who are tribal members or who otherwise live on the Qualla Boundary.

Some councilmembers said that there was merit to the idea of providing some pathway to reverse a ban, but they all agreed that the issue was complex enough that the ordinance should be tabled for a work session. The vote to table was unanimous, and the work session was held Feb. 26.

However, only the first seven minutes of the 33-minute work session dealt with McCoy’s ordinance, with the remainder of the time focused on a separate ordinance that also dealt with banishment laws. This ordinance was submitted by the Attorney General’s Office.

During the portion of the meeting dealing with McCoy’s ordinance, council members expressed mixed opinions on the document. Birdtown Representative Boyd Owle jumped right in with a positive view of the concept, though with caveats.

“I think bringing people back on here like this would be about the same as letting somebody out on parole from prison,” he said. “I think the family they harmed or the families they came in contact with, made them become banned, I think they should have a say in why they shouldn’t be brought back just like the parole board here.”

Other members weren’t so sure.

“On this, a lot of the time the victim was the Eastern Band of the Cherokee Indians,” said Painttown Representative Dike Sneed, who served as the tribe’s Chief of Police prior to running for council. “When they would bring in loads of dope to the casino and distribute them to the dealers here and we would catch them doing that, that’s why the majority of these were done. Some of them were individuals that lived here, and we don’t know who all they stole from to support their habit.”

There’s no way he could support such an ordinance, said Sneed. His fellow Painttown Representative Tommye Saunooke concurred.

“I wouldn’t even consider supporting something like this,” she said. “There’s a reason those people were banished.”

Attorney General Mike McConnell then stepped up to the mic to point out another issue with the existing banishment ordinance, which in tribal code is referred to as an exclusion ordinance. While the tribe gained a victory in 2018 when the state legislature made it a felony to violate a banishment order from the tribe, enforcement has been difficult due to the need to prove that the person in question was aware that he or she was banned. To address that issue, McConnell’s office drafted an ordinance that takes a big-picture look at the chapter of tribal law dealing with banishment. The proposed changes address procedures for serving banishment notices as well as the issue of reversing a ban. Rather than discussing McCoy’s legislation further, Council switched gears to take a look at McConnell’s proposed document.

“There is no right to judicial appeal of a Tribal Council decision to exclude a person from Cherokee trust lands; provided, however, nothing in this Chapter shall preclude Tribal Council from re-considering an exclusion and modifying or terminating the order of exclusion by appropriate resolution, if Tribal Council believes a change of circumstances warrants such action,” the ordinance reads.

The ordinance requires that Tribal Council provide “reasonable written notice” when it is considering banishing someone and grants such people the right to appear before Council during the hearing when banishment is considered. It also requires that a copy of the resolution enacting the banishment be served to the person in question by “a person authorized to serve legal process” with proof of service maintained by the Tribal Operations Program.

Additionally, the document creates a process for automatically considering banishment when a non-member commits a drug offense on the Qualla Boundary.

“The commission of any Drug Offense by a non-member shall constitute a per se threat to the integrity and law and order on Tribal lands and territory or the welfare of its members,” the ordinance reads.

It grants any Cherokee officer the ability to authorize and execute a writ of emergency temporary exclusion on a named non-member independent of any criminal charges that may or may not be filed. Tribal Council would then later review the case and decide whether to renew the writ, enact a formal banishment process or allow the person back on the Boundary.

The ordinance also seeks to crack down on people who help others defy banishment orders. Under the draft ordinance, somebody who harbors a banished person on tribal trust lands will be guilty of a crime carrying a sentence of up to six months, a fine of up to $5,000 or both. Council members especially supported that provision, with some representatives asking for a concrete minimum sentence to go along with the maximum.

“I’d like to see a mandatory sentence imposed on that, because we’ve got to get the message across that if you’re harboring, you’re doing wrong,” said Sneed.

“I think a mandatory 10 days would be enough for me to realize that I made a mistake,” added Yellowhill Representative Tom Wahnetah.

Both versions of the banishment ordinance are on the agenda for the March 5 Tribal Council meeting. If one of the documents passes with a majority weighted vote of Tribal Council, it would then go to Principal Chief Richard Sneed for ratification.