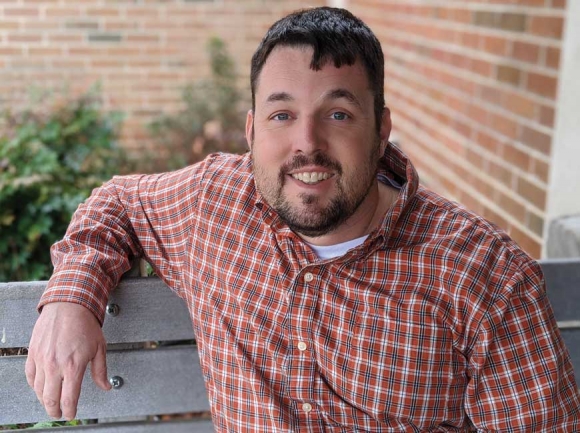 The Tuckaseigee Water and Sewer Authority will have a new executive director on the job by March 19 after the TWSA board voted unanimously during its Feb. 18 meeting to hire engineer Daniel Manring.

“I’ve really grown to appreciate and love working with water and sewer, and to work in the director’s position just gives me an opportunity to further get involved with the community and be in a people management role,” said Manring. “It’s more fitting to me as a person as opposed to just the technical role that I serve most of the time now.”

Manring, 39, graduated from Smoky Mountain High School in 1998 and went on to earn a bachelor’s degree in construction management with a minor in business administration from Western Carolina University. He began working for the Sylva-based engineering firm Lofquist & Associates Inc. in 2007, leaving in 2014 to take a position as coordinator of administrative and facility projects at Southwestern Community College. After one-and-a-half years in that position, he returned to Lofquist, where he is a project manager.

Since 2015, he has worked as an adjunct professor of construction project management at SCC, and he serves on the WCU Construction Industry Advisory Board and the SCC Civil Engineering and Geomatics Advisory Board. In addition to a bachelor’s degree, he holds a safety certification through OSHA and an environmental documentation certification from the N.C. Department of Environmental Quality. Manring lives in Cullowhee with his wife and two children.

Manring will earn a salary of $92,500, plus benefits, and replace former director Dan Harbaugh, who resigned in September after seven years in the position. Harbaugh took a new job in Fayetteville, which allows him to live closer to his aging mother. Dan Schaeffer, retired public works director for the Town of Sylva, has been serving as interim director.

After Harbaugh’s last day Sept. 27, Board Chair Tracy Rodes said that she hoped to have a new leader on board within five months. The board voted to hire Manring more than a week inside that five-month deadline, though he won’t actually start the job until closer to the six-month mark. The delay will allow him to finish up some projects he’s working on for his current employer.

“We worked really hard to do that,” Rodes said of the hiring timeline the board ultimately achieved.

TWSA published a job ad for the position on its website Sept. 26 and moved to publish it in trade publications across a four-state area. Twelve people applied for the job, and every board member looked at and ranked each application, whittling the pool down to six. The Personnel Subcommittee then took a closer look at the top six candidates and narrowed them down to two.

The subcommittee did preliminary interviews with the top two candidates and then scheduled them to come to TWSA, where they toured facilities, met employees and engaged in an interview with the full board. Department heads filled out evaluation forms for each candidate, which the board considered along with its own impressions from the interview.

“What I was hearing was that he (Manring) had familiarity with a lot of our projects that were already active and that he was invested in the community,” said Rodes.

Rodes emphasized the diversity of expertise and knowledge the director’s job requires, commenting that it’s so broad that in reality there’s no “perfect candidate” who comes with all the tools already in hand.

“A lot of the skills come with experience in doing something like this,” said Rodes. “He assured us that he was willing to learn and train and do anything he needs to do to do his job well. I do believe him.”

Manring said he’s been working with TWSA since 2007, both as a client and as the water and sewer authority the engineering company found itself needing to coordinate with. He believes he brings a more diverse range of experience to the table than what a resume might show — for instance, many of the engineering projects he’s worked on have been grant-funded or public projects, so while he has not been employed by a local government before, he has experience with how such entities function from the project engineering side.

“I’m a person that likes to wear a lot of hats, and this role allows me to have a full plate,” he said. “That’s very appealing to me.”

Manring will certainly get his wish in that regard. The list of in-process projects is long, and as the new director Manring will need to jump in feet-first to keep them moving. Construction on the new wastewater treatment plant in Cashiers is expected to begin in August, and the water line for the Dillsboro bridge project is going in now. TWSA is also working to expand infrastructure along the Little Savannah Growth Corridor, refurbish the wastewater treatment plant behind Harold’s Grocery in Sylva, and build a new lift station, also in Sylva. Then, of course, there’s the N.C. 107 project, which will require all kinds of attention and planning in the years ahead.

“One thing I’m really excited about is to show off TWSA a little bit,” he said. “I feel like a lot of the exposure they get is regarding fees and the limitations that some people feel TWSA may have on development, and one thing I want to show — and I’m super confident that I can do this — is just the great service to the community that TWSA provides. I’m excited to step in on day one to start improving community relations.”