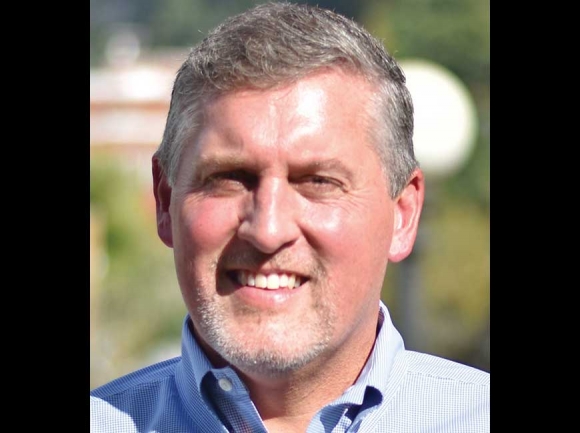 Commissioner Mickey Luker’s lack of attendance at county board meetings in recent months has spurred southern Jackson County residents to ask for Luker’s removal from office, with four people addressing commissioners during their Oct. 15 meeting with that request.

Since December 2018, Luker has been absent from seven county meeting days, calling in to another nine meetings rather than attending in person. While some of these absences and call-ins happened earlier in the year, most occurred in the second half of the year. Of the 15 days since June 1 when commissioners have met, Luker has been present in person for only three, calling in via speakerphone for eight meeting days with absences at the remaining four.

Commissioners earn a base salary of $12,200 plus a $2,600 travel allotment and insurance benefits worth $13,100, but they also receive a stipend of $75 per day of meetings attended. Though the chairman receives a slightly higher salary, all commissioners are paid the same, regardless of how many hours they put in or their mode of presence at meetings — the $75 meeting fee applies regardless of whether attendance is in person or over the phone.

However, a lack of physical presence like Luker’s is unusual. Between the other four commissioners, there were a total of only two call-in attendances since December 2018, one apiece for Commissioners Boyce Deitz and Ron Mau. Deitz had four absences, the most of the four commissioners — these occurred earlier in the year when he was battling health issues, Deitz said in a phone interview. Commissioner Ron Mau has been absent from only one meeting since December, and neither Commissioner Gayle Woody nor Chairman Brian McMahan has missed a single meeting.

In Jackson County, voters can cast a ballot for each of the five board seats, but candidates are restricted by place of residence. The board includes one member from each of four districts and a chairman, who can be from any district. Speakers during the public comment period were concerned that Luker’s absence from county meetings would translate into a lack of understanding or concern for issues facing the southern end of the county, which he represents.

“It’s important for you folks not to be blindsided because of a lack of information about what’s going on in southern Jackson County,” said Glenville resident Teryle Beye. “We know oftentimes perception is more important than reality, and there is certainly a strong perception in the southern end of the county that they’re not heard in this end of the county or certainly not proportionally heard.”

“The commissioner for south Jackson is a specialist in south Jackson,” added southern Jackson resident Phil Fowler. “Before that it was Mr. Jones who lived in the area, and you guys are busy and you’ve got the entire county, but it’s not quite the same as having your own special representative.”

All three speakers called on commissioners to remove Luker from his post so southern Jackson could have a representative who would actually fill the chair designated for that district. Sapphire resident Mark Letson, who the Jackson County Republican Party hopes to see replace Luker, echoed that point of view. According to state statute, it would fall to the Jackson Republicans to recommend a replacement for any vacancy in Luker’s seat.

“For the past few months, our district has been underrepresented,” said Letson. “We have had a limited voice in matters that are pertinent to our district and the remainder of the county. It is important to us to have a representative who is looking out for our schools, for our infrastructure, for our basic day-to-day concerns on our side of the county. We as citizens deserve to have a voice directing those discussions within this commission.”

Luker was not present for the meeting in which these concerns were aired but did attend via speakerphone, voting on motions made throughout the agenda. However, during the meeting neither he nor any of the other commissioners offered any comments in response to the speakers’ concerns.

As with each of the body’s meetings, the last item on the agenda prior to closed session was a press conference, during which Cashiers Chronicle Editor Don Richeson asked Luker directly if he intended to resign. His question was greeted with silence.

“Commissioner Luker, did you hear the question?” asked McMahan. When there was no response, McMahan repeated Luker’s name. Again, the line was silent.

“It seems we have lost him,” said McMahan.

It is unknown why Luker has been largely absent from county affairs of late. In July, he told The Sylva Herald that the meetings he’d missed up to that point were due to an extended vacation. However, his absences have only accelerated in the months since.

The home at the address on Luker’s voter registration card has been on the market since May 21 and is currently under contract, according to an online listing. Despite the fact that Luker has voted in every even-numbered election year since 1992, his voter status is listed as inactive. Inactive voters can still cast a ballot — they will just be asked to update their information before doing so. According to Jackson County Elections Director Lisa Lovedahl, Luker’s status changed on Dec. 31, 2018, after a voter confirmation card mailed in September 2018 was returned undeliverable.

This, combined with his limited participating in county affairs, has led to speculation that he is not currently living in Jackson County.

Were that true, that would be grounds for removal. However, the legal definition of “residence” is a thorny one. According to state statute, a person’s residence is the place where “that person’s habitation is fixed, and to which, whenever that person is absent, that person has the intention of returning.”

“It’s not a simple formula, such as where you sleep or where you get your mail,” wrote Frayda Bluestein, David M. Lawrence Distinguished Professor of Public Law and Government at UNC Chapel Hill, in a 2010 entry on the respected blog Coates’ Cannons. “It’s a little more fluid, boiling down to a few rules, simple to state but sometimes hard to apply.”

The rules are: everybody can have only one residence for voting purposes, that residence remains so until the person changes it to a new residence, and intent counts.

“Conduct is of greater evidential value than declarations,” reads the opinion in the 1972 case Hall v. Board of Elections. “Declarations as to an intention to acquire a domicile are of slight weight when they are in conflict with the facts.”

While commissioners agree that Luker’s absence is a problem, none of the four said they would support removing him by amotion or directly encouraging him to resign.

“I don’t really think it’s my obligation to go ask him to resign, but the people he represents should ask or maybe even demand,” added Deitz. “I think they feel strongly about it, they ought to ask him to, but I would hope to think if any of us get to a point where we can’t represent the people of Jackson County in a proper way, that any of us would have taken the initiative ourselves to step back.”

Mau said that he would have to consult with the county attorney on the amotion question but believes it’s not his role to ask Luker to resign.

“That’s really a question for Mickey,” said Mau. “If he thinks he can do the job, that’s fine. If he doesn’t, then yeah, he would need to resign.”

Woody emphasized the fact that Luker was elected in a free, democratic election, and that undoing the results of that vote would be a serious matter. He hasn’t been shown to have violated the law, she said.

“If circumstances change to where there was an infraction of the law, that would definitely change my opinion on that,” she said. “But it is a democracy, and I feel like if we took a step in that direction that would undermine — I might do something that offends people and they decide, ‘Well, let’s get rid of Gayle Woody,’ and that shouldn’t be the case.”

Deitz did comment that a closer look at Luker’s residency could be warranted, however.

Commissioners were sympathetic to the frustration of southern Jackson residents but said that it’s not accurate to say that the area has no representation. Jackson County is full of out-of-the-way communities, from Pumpkintown to Woodfin to Soco, and while commissioners run based on district, they’re elected by the entire county, and they represent the entire county. Luker’s term expires in December 2020.

“I know they feel like they’re far and removed from the county, but there’s a lot of people could feel that way,” said Deitz. “I feel like we’re representing them well, even though he (Luker) is not there.”

“We pledged to represent all the citizens in Jackson County to the best of our ability, so I want to assure them (southern Jackson residents) that I take that very seriously, that oath of office, and that I consider Cashiers and Glenville and the southern end of the county in my decisions just as I do for Whittier and Qualla,” added Woody. “I do feel in one sense they are being represented, but I also understand their concern that he’s not there and talking to people and listening to people, which is a big part of our responsibility.”