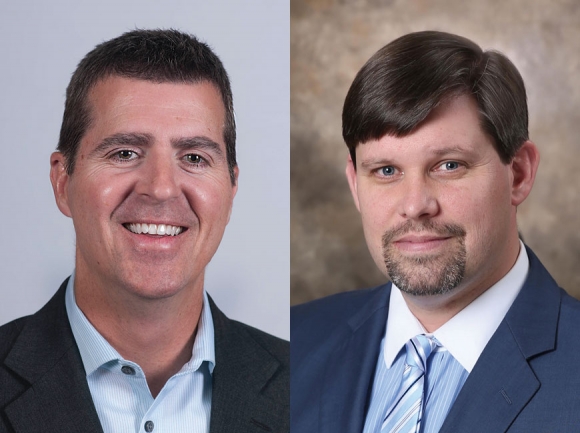 After being under Duke LifePoint’s for-profit ownership for five years, the hospitals’ leaders report significant strides in infrastructure, technology, services and access for the patients they serve.

“If you ever wanted to have a perfect picture of what a hospital acquisition transition should look like, this one was about as perfect as I could have imagined it to be,” said Rod Harkleroad, CEO of Haywood Regional Medical Center. “Not only did it change the culture of the organization, but we’ve taken the partnership with Duke (University) and built one of the top hospitals in the company in three years — that’s amazing to me. It shows you the buy-in from the physicians and the staff.”

Steve Heatherly, CEO of Harris Regional Medical Center in Sylva and Swain Community Hospital in Bryson City, said the change in ownership allowed the hospitals to go from survival mode to being able to plan for the future and make the investments needed not just to survive but thrive.

“At that time we were in the throes of the MedWest partnership and trying to figure that out and really our business model was fundamentally flawed because we couldn’t increase our capital investment for programs, physicians and services so we could expand,” he said. “It wasn’t an environment that would produce a sustainable future for the hospital. That’s the whole reason we got into the process that led to us being acquired by LifePoint — so we could put our hospitals on sustainable footing for the future.”

Prior to 2014, the three hospitals were all struggling financially under the nonprofit MedWest Health system, a partnership that had just been established in 2010. In 2013, MedWest dissolved to make way for a major acquisition by a large hospital network. Duke LifePoint Healthcare, a joint venture of Duke University Health System and LifePoint Hospitals, would bring with it a vast network of clinical expertise and an influx of cash to invest in the aging facilities.

The acquisitions were completed by August 2014 and the hospitals got a fresh start because the sale wiped out all debt, loans, lines of credit, outstanding bills, invoices and accounts payable. LifePoint paid $26 million for Haywood Regional and $25 million for Harris and Swain combined, though only about a third of the money was left over by the time debt and bills were paid.

The sale also came with LifePoint’s commitment to invest $43 million in capital improvements at Harris and Swain and $36 million at HRMC over the next eight years.

Heatherly said the transition was an exciting and hopeful time with the opportunity to take care of mounting needs and implement a plan for the future. Instead of worrying about keeping the doors open, it represented a time to think strategically about the hospitals’ growth and how to best serve the community.

“We were operating in an environment where it only took one little hiccup to fundamentally derail the hospital from having a sustainable future. The loss of a few key positions or more cuts to Medicaid or Medicare funding would upset balance — it was a razor thin margin for any type of error,” Heatherly said.

Harkleroad didn’t join HRMC until 2016, though he’d worked for LifePoint since 2010. He moved here from Tennessee to take the CEO position after the former CEO Phillip Wright suddenly resigned. Prior to coming to Haywood, he served as CEO of Riverview Regional Medical Center and Trousdale Medical Center.

“I think what I was surprised with the most was the involvement that Duke played in this — bringing their physicians on site and having a patient safety officer visiting us every month and reporting our findings to their board,” he said. “It’s really changed the quality of the organization. That Duke LifePoint partnership has been a driving force behind our success.”

Harris Regional Hospital has completed two major renovation and expansion projects since being acquired by Duke LifePoint — a new emergency department and the labor and delivery department.

The new 18,000-square-foot ER, completed last May, was an $11 million project that increased patient capacity from 13 to 23 beds and improved patient safety.

The $5.5 million New Generations Family Birthing Unit was completed in 2017 and features fully renovated delivery suites, patient rooms, nursing stations and a dedicated operating room for C-sections. In the midst of the renovation project, Mission Health announced the closure of the labor and delivery unit at Angel Medical Center in Franklin — making Harris the next closest place for Macon County moms to deliver and well-positioned to handle the expected patient increase.

“We’ve seen a noticeable increase in our delivery volumes, but we’ve also noticed an increase in our emergency department volumes over the last two years and an increase in the number of cardiology patients we’re serving, orthopedic patients — that’s more about adding physicians and improving access to programs,” Heatherly said. “Since August of 2014, we’ve seen increasing volumes almost across the board.”

Infrastructure was the first priority at Haywood Regional as well, according to Harkleroad. Duke LifePoint spent $3 million to bring the hospital back up-to-date, including a new roof and a new boiler. They also purchased new blood pressure equipment, new IV pumps with better safety technology, 3D mammography imaging equipment and new CT machines.

“We’ve also had a lot of expansion at our practices, more primary care options and we opened a pediatric office in Canton. We’re expanding our sports medicine. We’re now a Lung Center of Excellence because our pulmonologists are nationally known and are performing new procedures.”

Harris and Swain have also seen expansion in services and providers. Heatherly said new physicians have been recruited, especially more providers in Swain County to stabilize primary care access. Swain also got a new CT scanner and Heatherly said the new pain management program there has been a real success. The swing bed program is also a service at Swain that is helping the hospital see more patients.

“We’re growing our swing bed volumes — that’s a huge initiative for us and we’ve seen our inpatient census quadruple over the last three years,” he said. “The swing bed program is for people who shouldn’t be in an acute care hospital any longer but they’re not quite ready to go home — Swain is that transition between acute care and being home or in a long-term facility.”

Like Haywood Regional, Harris is also expanding cardiology services to give patients in Western North Carolina a closer option than having to travel to Mission Hospital in Asheville. Heatherly said the hospital would be performing cardiac intervention services within the next month, which includes putting in stints.

“What happens now if we run into a patient that likely needs a stint, we have to send them to Haywood or Mission — keep in mind we already have patients driving an hour here to get health care — want to do all we can to keep them from having to go any further,” Heatherly said. “When those hardships and those barriers exist, there are going to be people that don’t get the care they need.”

Harkleroad said Haywood has also seen double digit volume growth across the board of services since the Duke LifePoint acquisition. Since he came on board in 2016, he said he’s recruited 30 new positions to the organization. Because of the well-respected reputation of Duke behind them, he said he’s been impressed with the high-caliber candidates who’ve been recruited.

“These are high-end physicians that have been very successful in their careers — they’ve had academic medicine training at top facilities so we’re pulling great talent into the organization,” he said. “And turnover rates are typically high in a transition, but we were only at 18 percent turnover rate; 21 percent is the national average rate. That’s important financially and culturally.”

While much has been done over the last five years at these rural hospitals, Heatherly and Harkleroad both said they are still keeping an eye on planning for the future.

A 2020 strategic planning process is underway for Harris and Swain hospitals. Heatherly said a cancer center project at Harris will be underway in the coming year with plans to purchase a new linear accelerator that will “change cancer care in our region.” The hospital has the space for the new cancer center, but it will be a matter of spending about $8 million on new technologies to get it up and running. As more babies are being delivered at Harris, Heatherly said the hospital is in the midst of making plans to establish a NICU (newborn intensive care unit). The space and the market is there, but he said the big factor will be recruiting the needed talent to offer those specialized services.

“We have OB physicians who are already doing high-risk deliveries and premature deliveries, but we just need more time in the hospital to develop that program,” he said. “We’re hoping that happens in 2020 — it will be a gamechanger for the western end of the state.”

At Swain, Heatherly said he wants to see continued expansion of primary care access in the community as well as offering more cardiology and women’s and children’s services in Swain. Heatherly said leadership has also been having conversations about whether the hospital needed to be a behavioral health provider in Swain County by converting and dedicating a wing of the hospital to those types of services.

“It’s a huge need right now. We see patients being housed in our ER and there’s nowhere for them to go,” he said.

Haywood Regional has some exciting expansion plans for the future as well. Harkleroad wants to continue to make advancements in cancer treatments and sees an opportunity to perhaps partner with Harris on the cancer center project.

Haywood is in the process of starting a primary care office in Buncombe County later this month with space already secured. The plan is to transition more specialist services to the practice next year.

“We’re looking at pushing our services into Buncombe County. With our success at quality programs. we can compete with providers in other counties,” he said. “We partner with Mission and Pardee (hospitals) when we can — they are great organizations — but when we can find opportunities and have excellent specialists on board the outcomes are great.”

Though the hospitals are now owned by a for-profit company, and now pay county property taxes, Heatherly and Harkleroad said they are still community minded and focused on producing the best outcomes for patients.

“Anytime you’re in a relationship there are things you have to do differently, but the Duke LifePoint acquisition has been incredible for us and our communities,” Heatherly said. It’s helped us expand high-quality services close to home. It’s still our jobs to figure out how to fashion services to service our communities — that’s not different than what we have always done.”

Harkleroad said Haywood has continued to invest in the community not just through hospital services and paying taxes but through starting community wellness programs, supporting the Haywood Pathways Center and assisting pregnant women in the detention center to drive down the harm rates for newborn babies.

“We’ve reached out feeding the homeless and we’re doing our part in the community to show we want to take a leadership role and we’re here to stay. With our successes, we want to give back and show that this is who we are,” he said.