Carry me back to the days I knew then: Rock Hall of Famer Denny Laine rolls through WNC 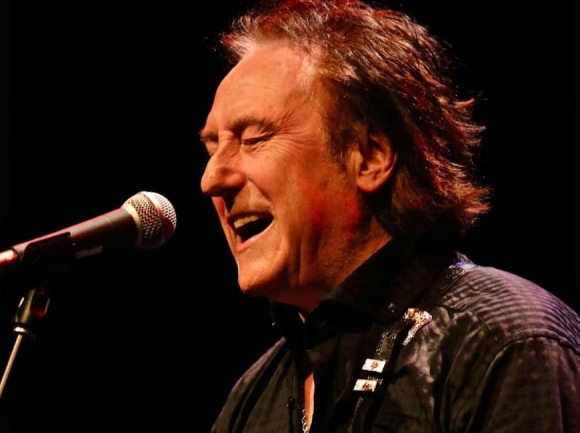 Simply put, singer/guitarist Denny Laine is one of those mystical characters you cross paths with almost serendipitously.

He’s an old soul really, someone who’s seen and experienced the world over. But, Laine is also happy to share that wisdom with whoever will sit and chat for a moment. It’s a cosmically curious conversation between two souls playfully in search of the answer to the eternal question — what does it all mean?

And it’s that timeless feeling in conversation with Laine where one can see why and how he’s written some of the most beloved melodies in the history of rock-n-roll music.

A founding member of The Moody Blues and Wings, Laine is a Rock & Roll Hall of Famer (inducted in 2018 for The Moody Blues) who has meandered his way through the decades in collaboration with some of the biggest names in music: Paul McCartney, Ginger Baker, George Harrison and Steve Winwood, which is just the tip of the iceberg.

Now 74, Laine is still out there, still on the road and standing onstage on any given night, always with a story to tell and a tune to play. For him, he’s never lost sight of the beauty of live performance — the idea of connecting with a stranger or friend alike through a melody held closely to the heart of both sides of the microphone.

Smoky Mountain News: Why within you this is still what you love doing?

Denny Laine: Well, it’s something you’ve built up over the years. It’s like an addition, almost. It’s a creative part of you that’s always going to be there, and it was there from the beginning. And it comes and goes in waves as to where you put that creativity, whether live work, studio work, whatever. The other thing is, I still love to travel, like to go to new places, meet new people, eat different food.

SMN: It sounds like you’ve never lost that childlike wonder towards life and curiosity…

DL: That’s exactly what it is. There is this childlike approach to still being turned on and amazed by things. Especially younger artists and the younger generation, it’s still a great influence to older people, too. And that’s a great energy boost. But, then you’ve got all the other experiences and stories to go with it as well. And that’s what I do onstage, I tell a few stories and play a few older songs. It’s not a nostalgia thing, it’s more an up-to-date expression of me at the moment.

SMN: I would surmise that if it ever did come across like a nostalgia thing, you probably wouldn’t do it…

DL: You’re right, I wouldn’t. I mean, there’s always the fear of that with anything. If you’re going to be doing the same show forever, you don’t want to be doing that either, whether it’s nostalgia or not. You’ve got to keep changing it up. You can’t just go through the motions because that gets across to the audience, too. And also, it’s not satisfying. There has to be an element of risk with anything new. You try harder when you don’t really know what you’re doing.

SMN: Have you always been an old soul?

DL: Yes, definitely. Well, I come from a family of old souls. And it’s always been there, that kind of history that I’ve always been interested in. I’m definitely from the past in some ways, and I live in the past in lots of ways. But, I apply it to the future, and therefore that becomes “the now.”

SMN: How important is the storyteller component of your performance, that back-and-forth with the audience?

DL: It’s as important as the music, in the sense that you’re describing the song or the people you were hanging out with at the time. I’ll bring up Ginger Baker [of Cream] or John Bonham [of Led Zeppelin], people I’ve known and written songs with. People do like those stories. They haven’t heard them before.

But, it’s just a matter of seeing how the audience goes, and you kind of pick your way through it. And it’s going well. I’m enjoying it, much more than I thought I would. We’re all kids at heart. You don’t feel any different [as you get older], though it’s harder to get up in the morning — there’s always something that’s going to drive you forward.

Editor’s Note: If you would like to listen to the entire audio stream of this conversation, go to YouTube and search: “Denny Laine Garret K. Woodward.”

Tickets are $25 per person, with $35 premium seating available. For more information and/or to purchase tickets, click on www.thegreyeagle.com.