Jennie Churchill was anything but a prude 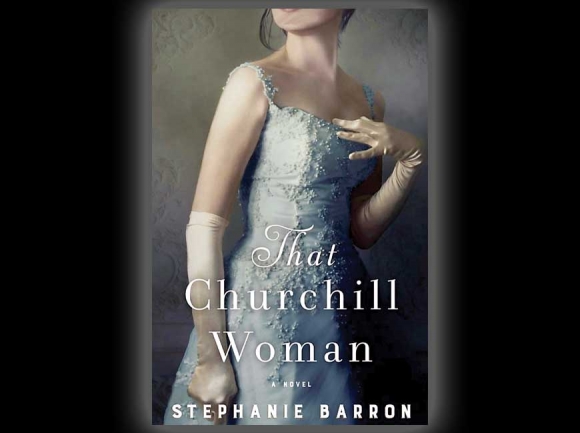 Mrs. Patrick Campbell, famed Victorian actress, was renowned for her sharp wit. On hearing about a sexual relationship between two contemporaries, she supposedly remarked, “My dear, I don’t care what they do, so long as they don’t do it in the street and frighten the horses.”

In Victorian England, such discretion among the upper classes was not the better part of valor but of love and lust. Affairs were commonplace and were ignored so long as the participants practiced prudence. Country estates were often the stage for these assignations; some homeowners even went so far as to make sure that doorknobs and hinges were well oiled so that late-night “visitors” to certain rooms would remain undetected.

“The love that dare not speak its name,” a euphemism for homosexuality, was also tolerated, again as long as the practitioners kept their involvement hidden from the public eye. John Fowles’ novel The French Lieutenant’s Woman and William Manchester’s first part of his biography of Winston Churchill, The Last Lion, reveal both the large number of prostitutes in Victorian London and the discretionary sexual practices of the upper classes. The strict sexual code we regard as Victorian might have held sway in the halls of Windsor Palace and in middle-class homes, but not in the manor houses and apartments of the wealthy and powerful.

In That Churchill Woman (Ballantine Books, 2019, 389 pages), historian and novelist Stephanie Barron brings us one of these upper-class women. Jennie Jerome Churchill was American born, mother to Winston Churchill, wife to the cold and erratic Lord Randolph Churchill, and lover of many men, possibly including the Prince of Wales. In an age of severe social constraint, Jennie forged her own path, becoming a writer, an architect in her husband’s political machinations, and a promoter of Winston’s political and literary ambitions. A witty, luminous guest at banquets and dances, the beautiful Jennie lit up baronial halls, flirted with abandon, and skillfully navigated the waters of high society.

Barron brings Jennie Churchill and her glittering world to life in this fine historical novel. Her sketches of the Prince of Wales, Jennie’s friends, the young Winston and his brother Jack, the increasing insanity of her husband Randolph — a condition most likely brought on by either a brain tumor or syphilis —and the various relatives who bring their influence to bear on Jennie: each of these people come alive in That Churchill Woman.

Here is the deep love Jennie felt for her father, later separated from his wife; the sadness and guilt she experienced from childhood over a beloved sister’s death — both had contracted rheumatic fever; her pregnancy with Winston that probably brought about her sudden marriage with Randolph.

But it is Jennie’s love affair with Austrian Count Charles (Karl) Kinsky that lies at the heart of this book. When she meets Kinsky, Jennie is still devoted to her husband, but the physical love between them has either dimmed or disappeared entirely. The younger Kinsky, dashing, handsome, and a fine horseman, falls in love with her from their first meeting. Initially, Jennie takes a different view of their affair:

It was vital to teach Kinsky her one rule: Pleasure was delightful, but love was never allowed. Love was misery. Love destroyed lives. The value of an affaire was that both parties were free — neither could trap or ruin the other. They could part ways at any moment without hard words or hurt feelings.

Eventually, Jennie does come to love Kinsky and tells him so. That ardor pulls her inexorably toward him, as love does in so many other cases. Yet too many barriers prevent them from marriage or living together: her duty toward her husband and her devotion to her sons, his duty to his position and estate in Austria, long physical separations, and the explosions in their social circles that would surely occur were she to leave Randolph.

By the time Randolph dies, Kinsky is married, and their affair is ended. Yet on the occasion of Jennie’s second marriage, this time to a man, George Cornwallis-West, who is Winston’s age, the count sent her “a card bordered in black. It consisted of only three words in French: Tourjours en deuil. Always in mourning.”

After Randolph’s funeral, Jennie tells her son for the first time of the death of her sister so long ago and of her guilt for living when her sister died. Because Winston is grieving his beloved father, who had often dismissed him as inept and stupid, Jennie shares with him the advice given her by her father after her sister’s death. “… Your grandfather told me something then that I ought to tell you now. Live twice as hard. For the ones who are denied life. Don’t apologize to the world for the days you’ve been given. Use them.”

That Barron poured herself into this story may be seen in the Acknowledgments at the end of That Churchill Woman, where she writes of the numerous books, letters, and documents she used to prepare herself for this task. Her novel reflects this research, providing, as it does, a time machine into a bygone era. One reminder: That Churchill Woman is fiction. We have no proof, for example, that Lord Randolph was gay, and the love between Kinsky and Jeannie, while real, may have lacked some of the drama and deep feelings described here.

“With enough courage, you can do without a reputation.” So wrote Margaret Mitchell, author of Gone With The Wind. Jennie Jerome Churchill kept both courage and her reputation firmly in hand.

An excellent book about an amazing woman.