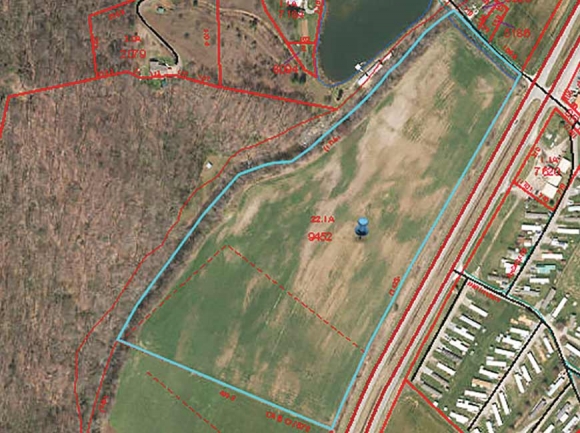 With a new board that will subsequently change the face of Haywood County government set to be sworn in on Dec. 3, the current lineup of commissioners took action Nov. 19 to ensure the Jonathan Creek project will continue as envisioned by them.

“The only concern I have is what the plans will be for this property,” said Commissioner Brandon Rogers. “I’m not so sure how I feel after having the discussions about that, and what we need to do about that property.”

That soil will be used at the county-owned Jonathan Creek site, where it will elevate 8 to 12 acres of the parcel out of the floodplain and thus make it more attractive to developers.

The county will be responsible for removing and transporting the soil, as well as associated engineering and permitting costs, all of which will add up to about $400,000 in new capital project costs. The money will come from the county’s fund balance.

The soil is needed because a sweetheart deal between the county and Publix soured when the soil Publix basically gave away — excess from its new development on Russ Avenue — proved unsuitable for compaction and this unusable for this particular purpose.

Rogers, however, seemed to want whoever eventually buys the parcel, possibly due to efforts by the Asheville Area Chamber of Commerce, to handle the dirt spreading project themselves.

“We need to wait until somebody actually comes in and wants to buy it, and let them be part of the discussion,” he said. “I guess I’m a little reserved on moving forward with it because of that.”

Commissioners, though, talked him out of it just before all five voted unanimously to accept the sales agreement.

Rogers said he understood Kirkpatrick’s position, but also that it wasn’t quite so cut-and-dried.

“I guess I agree but disagree. I look at Publix, for example,” he said. “Their site wasn’t shovel-ready, they’re actually having to do the opposite and move dirt, so there is folks that look at coming in that know there’s a potential to put some money into a site. I’m just a little uncomfortable spending more money on that property at this time.”

“Sometimes you have to spend money to make money,” said Commissioner Bill Upton, in his last meeting after 12 years as a commissioner.

Commissioner Kevin Ensley cited the Beaverdam Industrial Park as an example of how he hoped the Jonathan Creek project would go; that shovel-ready site eventually became home to more than 400 good-paying jobs.

“Twenty years ago, that economic development site was like this one — it was vacant,” he said. “By having something ready, that’s a plus.”

Ensley also offered up a backup plan for the site, which was purchased by the county just before the Great Recession hit; intended for recreation but made moot by new recreational facilities in neighboring areas, the parcel languished for more than a decade as a cow pasture until commissioners got serious about developing it last fall.

“If we want to do economic development, we may not see our money back on the sale, but we will by the tax revenue and the jobs,” he said. “I’m sure we could get our money back by doing some sort of affordable housing or residential, because we could go ahead and develop the lots, do it right, and then the working people of the county can buy lots and put houses on them they can afford, which is very needed in the county.”

He also opined that the 22-acre site could hold as many as 60 homesites.

“The bottom line is,” Ensley said, “if we don’t put the dirt there, you can’t do anything.”