This must be the place: No guarantees how long we’re going to be here, just enjoy life 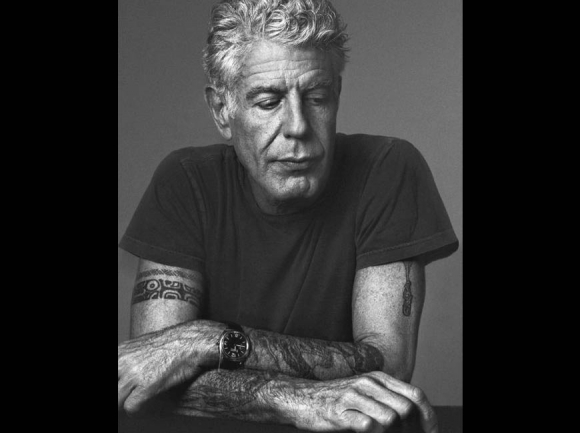 I, like many of you reading this, was initially shocked and saddened to hear the news of the recent passing of world-renowned chef, bestselling author and beloved pop culture personality Anthony Bourdain.

What added to that shock were the details that emerged, where his demise, at age 61, came at his own doing, an apparent suicide while in France filming another episode of “Parts Unknown,” his popular TV show on CNN.

Whenever something like this happens, either to a celebrity or someone in our own lives, the usual question arises — why? And that question is seamlessly followed up by — how could this happen, they seemed OK, they seemed like life was good? I remember these questions emerging when beloved comedy star Robin Williams took his own life in 2014. How could the funniest man in the world, who made generations laugh and smile, not want another day or year or decade to do so?

And the same feelings are currently being felt about Bourdain. The globe-trotter who dined in the finest restaurants, drank the best wine and liquor, and interviewed powerful politicians and iconic musicians/artists, all brought together to tell a story about a specific place on our planet, a place we now were all aware of, and hoped to maybe visit someday with same kind of friendly, curiosity-to-no-end qualities Bourdain radiated.

Like probably all of you out there, I’ve lost several loved ones to suicide. And yet, there were also several failed attempts with folks who mean everything to me.

Following my first year in college, my best friend tried to take his own life. He and his girlfriend had broken up, and he felt his life was over. This isn’t to sound cheesy. He truly felt he had no reason to go on. So, he swallowed down a bottle of pain killers and waited for the end. Luckily, someone found him and called 911. They pumped his stomach, only to place him in the psych ward of the local hospital. He called me to tell me what happened and that he was OK.

I remember walking down the long, silent corridor of the psych ward. Each opened door was another room inhabited by someone who “wanted out,” who felt alone and at wit’s end, but probably had someone back home (or somewhere) very worried about them, or would be once they found out what had happened to their loved one. My footsteps echoed down the hallway until they stopped at the door with my best friend’s name on it. He shook his head in embarrassment when I entered.

“Nothing to be ashamed of, brother,” I said to him amid a bear hug of gratitude that he was OK. “We’re all here for you. Nobody is going anywhere, especially you. Love yah, man.” He eventually found his balance in life, his appreciation for every moment, where now he’s a successful businessman in the Midwest, the proud uncle of a niece as vivacious as he was, and remains.

But, not all of these stories and experiences have a happy ending. Several years ago, a dear friend of mine took his life. In the depths of another frigid North Country winter, my group of friends met up for a potluck and some beers one evening, ready to play board games to erase the boredom that can ensue during a never-ending snowstorm. My friend was the only one who didn’t show up to the party, which was odd. He was always present. And the room that night was, honestly, filled with more laughter than I ever remembered having in that town on any given night.

The next morning, my phone rang. A friend on the other end was frantic. “He’s dead. He’s dead,” she said. Once she clarified what had happened, my heart sank into my stomach. I had plans — grandiose plans — with our late friend, we were going to do big things and make great memories together, all of us who knew him were, too.

I’ve always told my friends that no matter what time it is, I will always answer your call. If you need me, I’m here. And I recall one night, a year or two ago, when someone, a good friend, did call.

It was after midnight. She was hysterically crying. She said she wanted to end her life. I told her to not hang up. Through the tears, she spoke of how she felt she was a failure in her life, how nobody wanted her around or cared for her, how the overdue bills and stresses of daily life were piling up, and how “maybe I’d be better off dead.”

After an hour or so, I was able to talk her down. We said goodbye and I went to bed. I awoke the next morning to a text from her thanking me for answering her call. No thanks needed, for that kind of call should always be answered, and should always have a loving voice on the other end.

We’re all in this together. Keep an eye out for those in need, including yourself. It is the damn truth.

2 The Concerts on the Creek summer series will welcome Tuxedo Junction (classic hits) at 7 p.m. Friday, June 22, at Bridge Park in downtown Sylva.

4 A benefit concert featuring Brian Childers will be held at 7:30 p.m. Sunday, June 24, at the Highlands Performing Arts Center.