Finding civility in a polarized society 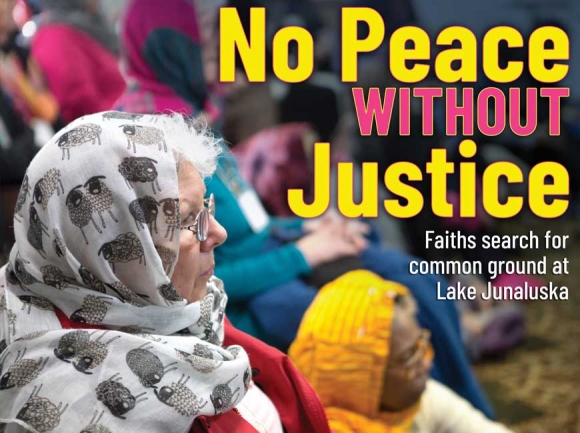 Globalization has made our big world seem much smaller, but it’s also pushed us farther away from one another.

Instead of focusing on finding common ground with those who have opposing religious or political views, society segregates itself with others who believe the same way they do.

“We’re living in a culture where people can’t talk to each other anymore,” said retired Methodist Minister George Thompson. “Sociologists say people used to move to live closer to family, but now they move toward their political comfort level.”

It’s that kind of division that led the Interfaith Peace Conference executive committee to choose polarization as the theme for this year’s conference at Lake Junaluska. In the spirit of togetherness, people of Christian, Jewish and Muslim faith came together last weekend on the grounds of a Methodist retreat center to answer the question “Can we talk?”

Based on what most Americans see on the television or read in the news, you may assume such a discussion would be heated or hostile, but it wasn’t. Attendees and speakers engaged in respectful discourse with one another while perhaps breaking down certain stereotypes and learning new aspects of a culture that is foreign to them.

“We’re trying to demonstrate in a little place like Haywood County how Jews and Muslims and Christians can meet together and share our differences and find commonalities and have civility,” said Thompson, who serves as chairman of the planning committee. “We chose polarization for obvious reasons, but nine months ago when we started planning this conference it was not quite as imperative as it is now. As we moved closer to the conference we realized we chose the right theme.” 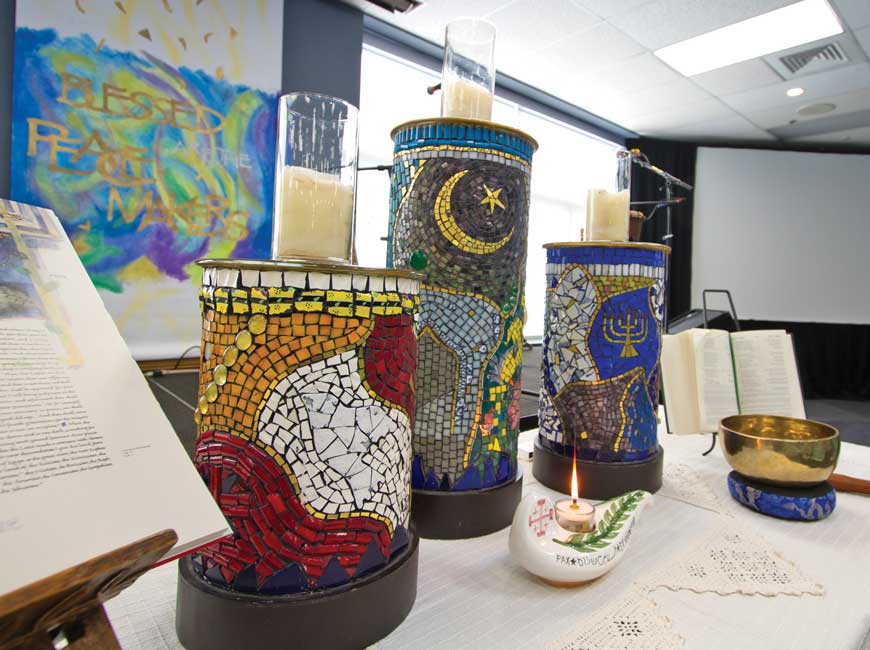 Thompson said he’s aware many Christian churches in Haywood County probably hold the opinion that there’s no sense in talking to Muslims because they don’t think they have anything in common with Islamic beliefs — some calling it an “evil religion” based on the acts of terrorism committed by extremists.

“But our conference planners would say unless we’re talking with Islamic people we don’t have a clue about how we can build peace in the world,” Thompson said. “If we don’t know the difference between Shiites and Sunnis or don’t acknowledge the people of peace within the Muslim world, you don’t have a clear picture of how to create peace.”

At the end of the day, Thompson and the rest of the planning committee believe that the world will benefit by people of different faiths coming together to focus on the key human values of peace and understanding.

“We view people of all faith and of no faith as children of God, and we need to learn how to talk to one another with civility,” he said.

The Peace Conference wasn’t a huge event — some 200 people attended the keynote speaker address and the workshops — but Thompson hopes the people who did attend take what they’ve learned back to their own congregations and communities in an effort to spread the word of peace.

“We realize we’re not a big attraction — we’re not changing the culture by what we do — but we also believe with all the faiths represented, a small group of people who have influence over others, will have a rippling effect,” he said. “People can go back to their own areas and find a way to use what they’ve learned.”

This was the ninth peace conference held at Lake Junaluska, a project started by the late Dr. Wright Spears.

In 2006, with America deeply involved in war and with other violence permeating the world on many fronts, Junaluska resident Dr. Spears spoke of the need for the church to speak up boldly for the cause of peace, and he called on his friends to help. “Where better for that voice to be raised than here at Lake Junaluska?” he asked. “My greatest thought and prayer is that there will come in the world a change called peace.”

The first conference was held in 2008 when Spears was 96 years old. The theme was “Finding the Church’s Voice in a Violent World.” It was a bold topic, but not one unfamiliar to the southern Methodist minister who led the Civil Rights Movement in South Carolina in the 1950s and led Columbia College to be one of the first integrated schools in the South during his presidency.

Spears decided at the end of the first peace conference that the search for world peace had to be an interfaith mission, which is why the conference has included the three Abrahamic faiths ever since. Spears continued to be a guiding force of the conference up until his death at the age of 102 in 2015.

Juliane Hammer, Ph.D. — An associate professor and Kenan Rifai Scholar of Islamic studies at the University of North Carolina at Chapel Hill. She specializes in the study of American Muslims, contemporary Muslim thought, women and gender in Islam, and Sufism. She is the author of Palestinians Born in Exile: Diaspora and the Search for a Homeland (2005) and American Muslim Women, Religious Authority, and Activism: More Than a Prayer (2012), as well as the co-editor of A Jihad for Justice (with Kecia Ali and Laury Silvers, 2012) and the Cambridge Companion to American Islam (with Omid Safi, 2013).

T. Anthony Spearman — Pastor of St. Phillip African Methodist Episcopal Zion Church in Greensboro, serves as the President of the North Carolina Council of Churches and was recently elected as President of the North Carolina NAACP. Spearman has been a constant participant with the Historic Thousands on Jones Street Peoples’ Assembly Coalition over the past 10 years; is recognized as a staunch advocate for the LGBTQ community; a consultant with Faith in Action and Equality N.C.; was one of the first organizational plaintiffs in the Voter Suppression Lawsuit against Gov. Pat McCrory and the state, and was one of the first 17 people arrested during the Forward Together Moral Monday Movement.

Rabbi Nancy Fuchs Kreimer, Ph.D. — An associate professor of religious studies and the founding director of the Department of multi-faith studies and Initiatives at the Reconstructionist Rabbinical College where she was ordained in 1982. She also holds a masters degree from Yale Divinity School and a doctorate from Temple University. With support from the Henry Luce Foundation, Nancy has pioneered innovative community-based learning opportunities for rabbinical students and their Christian and Muslim peers. Her current project, “Campus Chaplaincy for a Multi-faith World,” brings together Jewish, Christian, Muslim, Buddhist, Hindu and Humanist chaplains serving college campuses. Nancy is a founding board member of the Interfaith Center of Philadelphia.