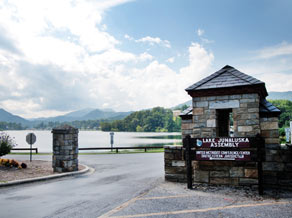 North Carolina Legislators are back in session in Raleigh this week with a full agenda, including unfinished items from last year’s short session. The local delegation is ready to tackle the budget, Medicaid, education, fracking and other local issues affecting Western North Carolina.

Sen. Jim Davis, R-Franklin, said passing the budget would be his No. 1 priority as he returns to the General Assembly.

“I think the first order of business for the Senate will be dealing with the budget — it starts in the House this time,” he said.

The biggest concern is a $190 million projected revenue shortfall.

“We have to deal with that, but I hope with the Christmas season (revenues) we’ll be able to cover that. We’ll just have to wait and see.”

In general, Davis said he would like to continue moving more toward a consumption tax and get away from using income tax.

“Though we’ll probably never do away with the corporate income tax, we’re continually competing with other states that did away with income tax so I’d like to see that happen,” he said.

Rep. Joe Sam Queen, D-Waynesville, said the expected revenue shortage could be contributed to the Republican tax code changes made in 2013.

“They dug a hole by giving away tax breaks to the wealthy, so we’re going to have a revenue hole,” he said. “Do we keep cutting or do we ask those doing well to pay their fair share?”

Overall he is hopeful for a productive session and looks forward to working with new and returning colleagues and with a new Speaker of the House, Rep. Tim Moore.

“The budget starts in the House so it will be interesting,” he said. “It’s deeply divided right now and hard to get on both sides.”

Whether or not North Carolina will expand its Medicaid program also will likely be a divisive issue during this session. To date, 27 states and Washington, D.C., have expanded Medicaid, but North Carolina legislators chose not to expand the program during the 2013 session.

Though the federal government committed to paying the entire cost of the state expanding the program for three years before tapering off the funding, Republicans said the state system wasn’t ready for an expansion. GOP Gov. Pat McCrory called the current system “broken” and said it would need to be fixed before the state could expand.

Rep. Michele Presnell, R-Burnsville, said she recently met with health care providers at Mission Health in Asheville to discuss Medicaid expansion and other things that could help them financially.

“We’re still working on that (Medicaid), but we probably should not expand right now,” she said.

Davis, who voted to block Medicaid expansion in 2013, said he was willing to listen to any new developments presented this year.

”I anticipate a pretty heated discussion with the House and the governor,” he said. (McCrory) seems to be more open to expanding Medicaid this year and the House is more inclined to go along with him.”

He added that McCrory recently met with President Obama to discuss some special waiver options for North Carolina. However, he said the Senate still feels like the state needs to get a better handle on the program first.

“I think we’re in a better position but I’d like to be in great position before we look at that,” he said. “We also need to see what’s going to happen with the Supreme Court decision when it comes down in June.”

Queen voted in favor of expanding Medicaid in 2013 and his position hasn’t changed. If Medicaid expands, he said it would mean 15,000 low-wage workers in his district would receive free health care and 800 new health care provider jobs would be created to serve those people.

“We passed a pretty good resolution in the House to progress in that direction but the Senate hasn’t been very receptive,” he said.

Queen said he didn’t understand how the state could not accept $2.5 billion from the federal government to expand the program because it means taxes paid by North Carolina residents are now going to other states that chose to expand Medicaid.

A new study out of George Washington University in Washington, D.C., and funded by the Cone Health Foundation and the Kate B. Reynolds Charitable Trust, shows county by county the effects of not expanding Medicaid in North Carolina.

According to the report, North Carolina will miss out on $21 billion in federal matching funds between 2016 and 2020 if the state does not expand Medicaid by 2016. The study also concludes that Haywood County will have 115 fewer jobs created by 2020, $35.1 million less in growth to the county’s economy from 2016-20 and $767,000 less in collected tax revenues.

The 2014 short session addressed many education issues, including pay raises and teacher tenure, but legislators say they aren’t done yet.

“We fixed the worst of the problem (last year) with entry level teachers’ pay, but veteran teachers didn’t like it because they felt they were ignored this last time,” Davis said.

Queen said he would continue his efforts this year to support the profession of teaching through professional development, respect and proper pay.

“I’m all about doing things better year after year,” he said. “Their (Republicans) idea of reform is cutting it. They want to improve third-grade reading scores but then they cut out the reading coaching. It doesn’t make sense.”

Davis said he was looking at cutting driver’s education from the public education budget for some additional savings. Parents and students would then be responsible for paying that cost through a private program if they want their child to participate.

“I doubt they would complain about that,” he said.

Presnell also said she thinks more needs to be done with education reform, but this year she would like to focus more on the students instead of the teachers.

“It doesn’t matter what you do, they’re not going to be satisfied, but we will continue to work on it and get it done properly,” she said. “I want to focus more on the students and see that they are getting a good education and that goes for kindergarten through college if they have the opportunity to go.”

In 2012, the General Assembly passed a bill legalizing fracking but kept a moratorium on permitting until rules and regulations could be developed and passed by the legislature. Even though the proposed rules have yet to be voted on, the legislature lifted the moratorium in 2014. The proposed rules went through several public comment sessions and now the Mining and Energy Commission plans to present the rules for adoption during this session.

Local legislators said they haven’t had a chance yet to read the 120-plus proposed regulations.

Davis supported the fracking bill last year and said his position hadn’t changed much, but he looks forward to seeing the MEC’s recommendation. With the price of oil coming down, he said the demand for fracking in the state would likely come down.

“The mere fact that Saudi Arabia and Russia know we’re willing to harvest our own resources will probably lead to a reduction in price,” he said. “But as I’ve said before, so long as we can do it safely, I’m all for trying to be energy independent.”

Queen attended many of the public hearings held throughout Western North Carolina and said the MEC was not particularly responsive to the citizens’ input. A majority of residents advocated for stricter fracking rules. He added that he hopes the lower gas prices at the moment would also lower the need for fracking.

“It will be challenged in the courts so hopefully that will slow it down enough to bring some sense to it and not pollute the ground waters of North Carolina,” he said.

Haywood County has been trying to push through two local bills for the last two years — one to increase the county’s occupancy tax from 4 to 6 percent and one to annex Lake Junaluska into the town of Waynesville.

Neither of the bills was successful at getting through both chambers because of Presnell’s opposition to annexation and raising taxes.

Even though Davis anticipates hearing from Lake Junaluska about getting annexed and the Haywood County Tourism Development Authority about the occupancy tax, he said the issues are dead in the water without all the local delegation on board. Queen and Davis both supported the occupancy tax and annex bills.

“Even though I’m against tax increases, I’m an even stronger proponent of local control,” Davis said.

“Lake Junaluska wants to be annexed. My suggestion to them is to prepare for a public referendum,” Queen said. “Don’t aggravate the General Assembly. If (Presnell) won’t support it, it won’t move through the House.”