Evergreen paper and the fracking debate

Last year Becky Johnson of The Smoky Mountain News interviewed me about Evergreen Packaging’s plans to convert their electrical power plant from being fueled by coal to natural gas. This transformation was being touted as an advancement that would greatly improve regional air quality as it decreased operating costs due to currently less expensive natural gas. Further incentive was the promise that state government funds, about $12 million, would be made available to subsidize the renovation.

First, in addressing the air quality issue, let me acknowledge that natural gas burns much more cleanly than coal. I think most can agree that coal plants everywhere need to be phased-out to end mountaintop removal coal mining, sulfur-dioxide, nitrogen-oxide, mercury and greenhouse gas emissions.

While air pollution is of great concern to public health, it is not the only urgent health and environmental issue. Natural gas may burn more cleanly and emit fewer pollutants from the smokestack, but, it is far from being a safe and clean source of energy. A recent report by the U.S. Dept. of Energy brought to light that the process of extracting natural gas from the ground results in substantial leakage of raw, unburned methane into the atmosphere. Methane is 23 times more potent as a greenhouse gas than carbon dioxide. This makes it unlikely that the use of natural gas results in any gain toward addressing climate change.

But, methane leakage is just the beginning of the problems created by the natural gas extraction process. The reason natural gas has become so “cheap” is that the industry has adopted the technique of widespread hydraulic fracturing or “fracking,” which has raised serious questions about the safety of the nation’s water supply and bedrock stability. Tens of thousands of fracking wells have been developed all across the country in places where natural gas extraction was never before viewed as practical or economically feasible.

Emergency services workers from several jurisdictions were responding this morning to… 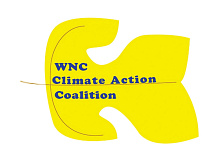 Fracking involves pumping massive quantities of highly pressurized water permeated with a mixture of toxic chemicals into deep, horizontal wells to fracture underground rock formations and release pockets of natural gas that were previously trapped within the rock. There is substantial evidence and testimony from residents leasing land to the industry that water tables and well-water are being contaminated from the fracking chemicals and the methane being released. There is also evidence that fracking has resulted in a dramatic rise in the incidence of earthquakes in areas in which the practice is widespread, such as in Oklahoma and Ohio, where such natural events have rarely occurred historically until now.

So, if not coal, and not natural gas, what?

When I spoke to Becky last year I suggested Evergreen look into a multi-pronged approach to meeting its energy needs. The first step would be to look into possible efficiency improvements to the paper plant that would reduce energy needs as much as possible. Amory Lovins, of the Rocky Mountain Institute, has been hired as an energy efficiency consultant by industries ranging from Dupont and Ford to Coca-Cola, Deutsche Bank, Holcim, Interface, and Wal-Mart. All reported dramatic reductions in waste and pollution as their profits rose substantially. Once efficiency is maximized and energy needs are reduced at Evergreen, a combination of renewable energy sources and technologies could be used to meet the remaining demand. I proposed a combination of solar, wind and geothermal technologies as the way of meeting 100 percnt of the demand, making Evergreen a model for others around the nation and the world to follow.

When Becky mentioned my proposal to an official with the N.C. Division of Air Quality, he brushed it off laughingly and said, “It would take a lot of solar panels to run Evergreen Paper,” ignoring the rest of the suggested solution.

Solar is a significant part of the solution, but probably not the biggest part. Efficiency improvements would likely be the largest and most profitable part for Evergreen. But, beyond these two aspects of the project, there is wind energy and geothermal energy.

In a study performed by Appalachian State University, Haywood County proved to have the highest potential of any western county for wind energy. I think of this every time I drive from Sylva to Asheville and view that tall mountain as I approach Interstate 40 covered with cell towers and various other antennae and power lines. What a perfect place for several wind turbines, gracefully and slowly turning as they produce clean, renewable energy. The road and power lines are already there. All the transmitters could be mounted on the wind towers to eliminate the ugly cell and antennae towers.

Then there is geothermal energy. Five feet beneath the ground the temperature is a constant, year-round 50- to 55 degrees Fahrenheit, perfect for the operation of heat pumps. Modern ground-source heat pumps on the market have achieved an amazing co-efficient of performance (COP) of 7. That means for every kilowatt of electrical energy used to run the heat pump, 7 kilowatts of usable energy are moved from the ground into the living/working space in the form of heat. Heat is a large part of the energy demand required in the paper-making process. This isn’t rocket science. It’s not difficult to understand the enormous potential for using this extremely efficient technology to save on energy costs, especially if the heat pump is using solar and/or wind energy to run the compressor. Isn’t this possibility at least worthy of study by Evergreen?

Before Evergreen goes headlong into investing the company’s and the taxpayer’s money into natural gas and the fracking economy, this would be a great time to re-evaluate their situation and define a new path that will really give Canton and the rest of the state a source of pride — a clean, safe paper plant that serves as the best kind of example for the industry, as it provides for the economy of its community and protects the health and environment of the people living in the mountains.

(Avram Friedman lives in Sylva and is the executive director of the Canary Coalition, a clean-air advocacy organization. He can be reached at This email address is being protected from spambots. You need JavaScript enabled to view it..)