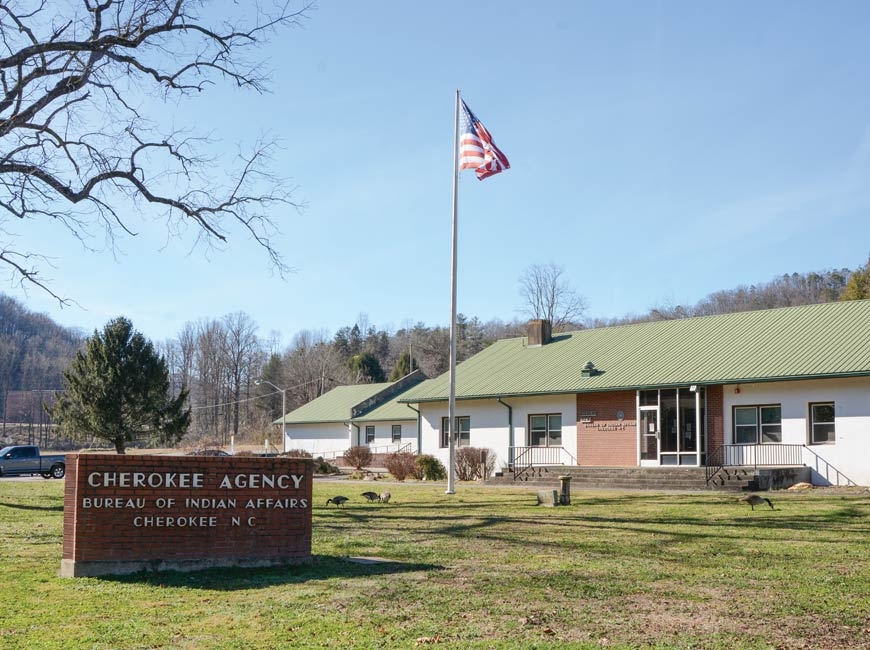 The Eastern Band of Cherokee Indians is asking the U.S. Bureau of Indian Affairs to give it a new agency superintendent following a unanimous vote from Tribal Council Sept. 3.

The body passed a resolution — submitted and later ratified by Principal Chief Richard Sneed — that asks the BIA to reassign Superintendent William McKee Jr. to a different agency and bring a new superintendent to Cherokee.

“The resolution reiterates a long train of grievances that we’ve had,” Sneed told Council. “The federal government does have a trust responsibility to the tribe, which is carried out first and foremost through the Bureau of Indian Affairs through their agency superintendent. We have been experiencing these issues for at least as long as I’ve been in the executive branch.”

The resolution charges that McKee, who has held the superintendent post since 2016, has been “inconsistent on issues mutually important to the Tribe and the Cherokee agency, has neglected certain matters in a way that suggests disdain for the Tribe’s initiatives and Tribal employees, and has frustrated and delayed the Tribe’s movement toward self-determination.”

The examples cited in the resolution center on disputes about the use and ownership of two different BIA buildings. According to the resolution, McKee had suggested that the tribe seek to have the Cherokee Agency Building, known as the Cherokee Agency Headquarters Building No. 1, declared surplus property by the BIA so that it could be transferred to the tribe as a tribal asset. Tribal Council then passed a resolution officially declaring its support for this request and sent a letter to McKee reiterating this request.

However, the resolution states, in a May 13 letter to Sneed, McKee declined the tribe’s request “on the grounds that the building was essential to the activities of the Cherokee Agency.”

The building has about 42 offices, with BIA employees occupying three of them. Currently, 27 tribal employees occupy 21 offices and 18 offices are vacant, the resolution states. The tribe hopes to add six more employees there under the Tribal Realty Services Office. However, the building is old with 39 identified physical deficiencies, which McKee has not made apparent attempts to correct, the resolution charges.

With McKee’s encouragement, the tribe created a revised memorandum of agreement to set parameters for some tribal employees to continue to work in the building, and that MOA was delivered to McKee in May 2019. However, McKee has yet to either execute the MOA or provide a “substantive response” to it, and he has threatened to evict tribal employees from the building due to lack of a MOA, the resolution states.

In addition, the tribe has asked that the vacant Cherokee Agency Building No. 5 be declared surplus property and transferred to the tribe, a request supported by a resolution Tribal Council delivered to McKee in October 2019. However, the resolution states, McKee did not send the request to the BIA Eastern Regional office until Aug. 10, nearly a year later.

“In meetings with Tribal elected officials and BIA superiors, McKee has been very outspoken that he is here to ‘help the tribe,’” the resolution states. “In practice, however, he is not helpful, is inconsistent and in personal encounters he has been rude to tribal employees.”

The tribe is requesting that McKee be reassigned due to its desire to “maintain a mutually helpful and productive” relationship with the BIA.

“We cannot do that with Superintendent McKee,” the resolution states. “Therefore, the tribe requests that a new superintendent be appointed to the Cherokee Agency.”

The resolution passed by a unanimous vote of those present — Wolfetown Representative Chelsea Saunooke and Big Cove Representative Perry Shell were absent for the vote — but it remains to be seen what action, if any, the BIA will take a result. McKee is still listed as the agency superintendent on the BIA website. A reply to an email sent to the address listed as McKee’s contact on the site referred a request for comment to the BIA’s public affairs office. An email sent to the U.S. Department of the Interior’s public affairs director was not returned before press time.