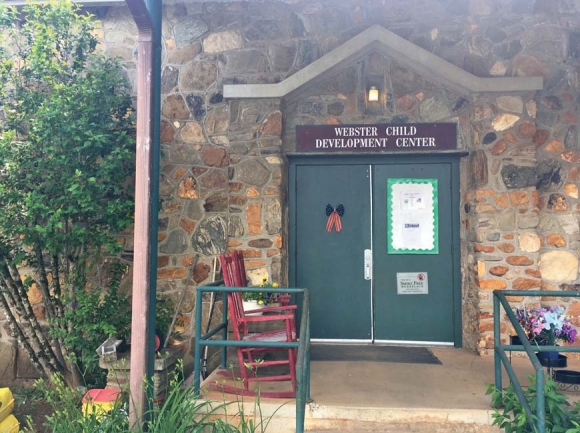 The homeless shelter in Jackson County has been managed by the Southwestern Child Development Center since its founder Jackson Neighbors in Need passed the baton in 2017. Holly Kays photo

The homeless shelter in Jackson County is full up with a waiting list 12 deep, shelter managers told Jackson County Commissioners at a Dec. 11 work session.

“Just this morning I had a half dozen calls to return,” said the shelter’s case manager Bob Cochran, who is the retired director of the Jackson County Department of Social Services. “We’re getting calls all day long pretty much consistently with people who are on the waiting list calling and checking or new people calling and saying, ‘I’m desperate. Can I have shelter?’ It’s a conundrum to me.”

The homeless shelter in Jackson is a bit different from the conventional model of dorm-style housing in a standalone building. It uses a hotel-based model, housing clients at the Quality Inn in Sylva for a specially negotiated rate of $60 per night. The Southwestern Child Development Center, which manages the shelter, keeps eight rooms there for the homeless — within five days of the shelter’s opening Nov. 15, they were all full.

The model avoids some of the up-front costs and organizational load that a standalone shelter building would incur, but on a per-person, per-night basis, it’s quite expensive and has limited capacity.

For the past several years, commissioners have had ongoing discussions as to what would be the best long-term solution for homeless services in the county, in 2017 appointing a task force to look into the pros and cons of the various options and deciding to fund year-round case management for shelter clients, even though the shelter is open only during the cold-weather months.

Cochran took the case manager’s job, and he was forthright with commissioners about the status of things — there’s more to do than there are people to do it and money to fund it. Cochran answers the shelter’s phone line about 30 hours per week and intern Tyler Henry, a Western Carolina University student in political science, works about 20 hours per week. On paper, anyway. Cochran said they both work a bit more than that, but 50 hours is all that’s budgeted.

From July to September, case management services worked with six households that included 11 adults and nine kids, Cochran said, and in October it worked with a total of nine households, including nine adults and one child. Between Nov. 15 and Dec. 10, 18 people received shelter — including seven children and 11 adults from eight households — while 29 people have received case management services but not shelter. They include 11 children and 18 adults from 16 households.

The organization has had a roughly 70 percent success rate with getting people into permanent housing, which is its ultimate goal. There’s a 30-day maximum on shelter stays, with some wiggle room in the case of people who are demonstrating tangible progress toward the goal of securing housing but need a few more days to make it work.

In fact, the shelter’s biggest success story this season is that of a client who never even stayed a night there, Henry said. The woman was about to lose her housing when he began working with her, but the shelter was full and so they couldn’t house her. But they were able to help her to find permanent housing, thanks to a landlord who was willing to spread the security deposit payment multiple months rather than requiring the lump sum up front.

One of the pitfalls of the hotel shelter model is that it attracts the interest of people whose need is not that severe. For instance, Cochran said, law enforcement contacted the shelter about a man who had been at Dunkin’ Donuts in Sylva for many hours on a bitterly cold night, claiming he didn’t have housing.

The thing is, he did. He lived with his girlfriend in Haywood County — the shelter serves only Jackson County residents — but didn’t want to go home after the two had a fight. Cochran only knew this because the couple had happened to be in contact with shelter managers in the days leading up to the incident.

“I wouldn’t bring that up frivolously,” said Cochran. “I bring this up because this is part of that vetting process.”

“One thing that is hard to do is vet who is able to couch surf and people who are literally homeless and are sleeping under a bridge or in a car,” Henry added.

Vetting challenges aside, however, Cochran said that there is definitely a real need for homeless services.

“I know there are people in Jackson County who don’t think we have a homelessness problem,” said Chairman Brian McMahan. “They think it’s not an issue. But it is an issue. We can’t afford to hide from it.”

Jackson County is seeking a long-term partner to manage its homeless services, with a request for proposals accepting responses through March 29, 2019.

“Jackson County cannot accomplish a permanent shelter alone (both financially and in governance),” the document reads. “Jackson County is searching for a partner who is dynamic and creative in their approach.”

The ideal candidate would be capable of bringing different partners to the table, have expertise in dealing with the homeless population and be able to manage budgets and complex operations, the document says.

“I think the positive message to come out of this is that you do have a governing body here who is looking to financially and resource-wise partner with groups to try to work with the homeless and serve the homeless population,” said County Manager Don Adams at a Dec. 11 commissioners work session. “That is quite frankly an unusual circumstance. I think this governing body should be proud of that because you’re stepping above and beyond what other counties do.”

Homeless services are sparse in Western North Carolina, with the only standalone shelters west of Asheville located in Waynesville and Murphy. However, neither of these shelters are county-funded. The Haywood Pathways Center in Waynesville was created through an enthusiastic partnership of area churches — with the blessing and support of the county, but not with its budget — and the Hulburt Johnson Friendship House in Murphy is a nonprofit entity.

Homeless services have been a joint effort in Jackson County too, but the county government has taken the lead on planning and funding, this year contributing $85,000 of the shelter’s $118,000 budget. Commissioners have stated that they wish to continue being a significant partner in the ongoing effort but that moving beyond the hotel model currently in place will require a committed partnership from multiple organizations, not just the county. The Southwestern Child Development Center is currently running the shelter as a short-term solution, but the county is looking for a long-term commitment from any entity responding to the request for proposals.

“I’ve always said as we work through this process it won’t be Jackson County that will be the one that solves the problem,” said Chairman Brian McMahan. “It will be a collaborative effort between county government, private, municipal government, state government, faith-based. There will be a full gamut of partners working together to try to bring a solution.”

Commissioners expect to award a contract before June 30, 2019, so that they can consider the costs in conjunction with the county’s annual budget process.

For more information about the request for proposals, contact County Manager Don Adams, This email address is being protected from spambots. You need JavaScript enabled to view it. or 828.631.2295. The full document is available at bit.ly/2QCuMSD.