Soil harkens back to the Southern gothic tradition

Some 30 years ago, I saw a disturbing film entitled “Koyaanisqatsi.” The title comes from a Hopi word meaning “unbalanced life.” Essentially, this film (which has no dialogue) consisted of disturbing images of our planet: abandoned cities, vistas of barren earth and surreal sequences in which our technology seemed out of control. When people appeared in the film, they seemed lonely, trapped and irrelevant.

Dam politics and freedom of religion

The growing threat of drought in the Southeast and the problems of “water politics” has prodded the memory of many legislators and ecologists to anxiously recall the snail darter controversy.

Below ‘the line,’ it’s a world unto itself

I spent a week reading this novel, and each time I laid it down, I expected to find a damp spot under it when I picked it up again. Rivers is about rain — unrelenting, unforgiving rain. This novel begins, “It had been raining for weeks. Maybe months. He had forgotten the last day that it hadn’t rained.” The world seemed to be dissolving around Cohen. Even the lumber that he used in his futile attempts to build an addition to his house became spongy and fell away as though rejecting its own nature. Even the land had become shifting mud and flowed away.

Eighteen-year-old Jacob McNeely, a shy high school dropout from Walter Middleton High School in Jackson County, North Carolina, seems resigned to a bleak future: As the son of Charlie McNeely, the biggest drug dealer in Cashiers Valley (and Laura, a mother who is a hopeless crack addict), his options are woefully limited. He can continue to endure his father’s contempt and abuse as he performs menial (drug-related) tasks, or he can venture into the world outside the mountains ... a prospect for which he has no training or aptitude. (At one point, Jacob wryly notes that he could count the times that his father had been proud of him on one hand, even if he had lost two or three fingers in a saw mill accident.)

One of my bookshelves is reserved for books that I have not read, but that I am saving for some special event. What I want is the pleasure of reading without a deadline hanging over my head. I actually buy books and put them on the shelf, reserved for “when I get the flu.”

Joe has been on that shelf for more than 15 years. Each time I take it down and read a page or two, I put it back. “No, that is too good to waste by “speed reading.” Take your time. OK, the time has come.

King’s newest novel is as good as it gets

During the past 60 years, I have maintained a hearty appreciation for what is called “fantasy/horror” literature. I guess it began with the dark little fairy tales of Lord Dunsany, Arthur Machen and yes, the Grimm Fairy Tales, and it extends to the current works of writers like Neil Gaiman, Clive Barker and Angela Carter. My favorite fantasy/horror stories were created by Ray Bradbury, Jonathan Carroll and Stephen King, and if I can qualify my preferences still further, I have a special love for stories with a carnival/circus setting.

The fascinating evolution of the fool killer

One of the oldest traditional folktales, ‘Godfather Death,’ exists in all cultures; however, the tone of the stories may vary from bleak and grim invocations of death’s certainty to humorous tales of tricksters who scheme to avoid death’s coming. Death becomes personified as a shadowy figure who comes to collect “his due.”

Along the way, Godfather Death has inspired memorable creative works: film (“The Seventh Seal,” “On Borrowed Time”) and even Appalachian folk tales (“Soldier Jack, the Man Who Caught Death in a Sack”). However, one of the most provocative variations is “The Fool Killler.” In these tales, Death has been transformed into a terrifying agent of divine justice. 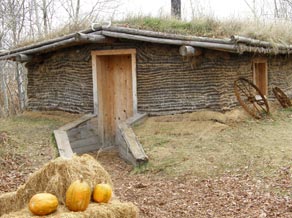 Serendipity: an aptitude for making significant discoveries by accident.

I have always loved that word, and I have had numerous serendipity moments. I would like to tell you about the one that happened today. I have been bemoaning the fact that I am not “a Christmas person.” Without children or family, and having the restraints of living on social security, I have come to feel left out of “the season to be jolly.” Of course, I have found that there are others who seem to be condemned to spend the holidays alone or at the Huddle House.

Country noir masterpiece gets its due — again

One of the things that I admire about the New York Review of Books is a special honor that they reserve for what they call the “lost masterpieces of American fiction.” In effect, they acknowledge that occasionally, a major literary work goes unacknowledged. Sometimes, a decade or more goes by and then a noted American critic or author asks, “How did you miss this one?” It seems to have flown in under the radar, undetected and then passed into oblivion.

About three years ago, I reviewed a bloody little horror tale filled with black humor called Breed. It was a page-turning shocker, allegedly written by Chase Novak but actually spawned by a remarkably gifted novelist, Scott Spenser who became famous for Endless Love in 1979, a poignant love story that sold two million copies and is still selling. A remake is currently running on Cinemax, but it’s a dismal thing. 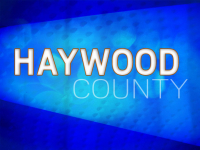 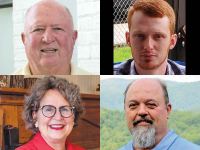 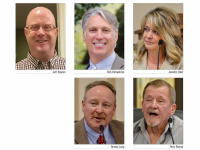