Another exciting element of the plan is trees — dozens of them — being added to the giant barren parking lot. Raised islands planted with trees, medians, curbs, crosswalks, internal sidewalks and other traffic-calming devices will bring an element of organization to the parking lot, which, in its present state, is a free-for-all governed only vaguely by white stripes.

Ingles had to meet the town’s landscaping criteria in order to get a green light for its expansion.

“That has been a major issue for a long time here,” Town Planner Paul Benson said of the parking lot makeover. “We are excited about that happening.” Question: My doctor has told me that I need to increase the amount of fiber in my diet?…

Plans call for expanding Ingles into adjacent storefronts formerly occupied by Goody’s clothing store and CVS pharmacy, which are now vacant. Two small storefronts at the far end of the strip mall, which are also currently vacant, will be not be consumed by the expansion and will be leased following completion of the major project.

Ingles is not merely renovating its Waynesville store. It will be rebuilt completely, albeit within the same basic footprint, including a new roof and walls. Ingles will build half the store and move into that side while building the second half.

Ingles executives who attended a Waynesville planning board meeting Monday could not say when construction would start, however. They also would not provide an estimated price tag.

However, Benson said he understand Ingles hopes to get the underway in the fall. But even that general start date is a stretch.

“That is pretty ambitious,” Benson said.

Rumors have circulated among the grocery shopping public over possible reasons for the apparent delay in construction and the slight downsizing of its plans, but Ingles executives did not offer an explanation. They said the revision has nothing to do with the economy, instead citing a continual strategic evaluation process for the needs of the store, according to Randy Jamison, vice president of Ingles real estate division.

Ingles has embarked on a systematic plan to remodel and upgrade a number of its stores in the region, according to corporate filings. It spent $97.5 million and $92.0 million in capital expenditures for new and remodeled stores in fiscal years 2011 and 2010 respectively. This fiscal year, capital expenditures are expected to be approximately $170 million — with about half that amount being spent on a giant new regional distribution center in Black Mountain.

The new Ingles store is not the only change coming to the shopping plaza. Belk’s department store is moving out in favor of new and larger digs in the Super Walmart shopping complex this fall. Belk’s leased its building from Ingles. A new tenant to fill the hole being left by Belk’s has not been indentified. 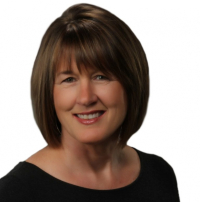 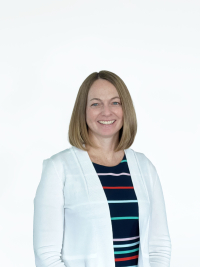