With more unaffiliated candidates running for office this year, political party leaders are torn over whether to open their doors to those who won’t declare party affiliation as either  Democrat or Republican.

In Jackson County, three unaffiliated candidates will be on the ballot this fall: one for sheriff, one for county commissioner chairman and one for District Court judge. The Jackson County Democratic Party has barred them from attending candidate meet-and-greets hosted by the party.

Kris Earwood, a candidate running for District Court judge, said she was disappointed to be barred from the meet-and-greet. Judge races are nonpartisan — meaning that even though candidates might subscribe to one party or the other when it comes to their voter registration, party affiliation isn’t listed on the ballot as it is with most races.

Stephens said some of the other candidates running for judge have been active in the party, and that it would be unfair to give those with no affiliation or involvement in the party equal access to the Democratic voter base.

Stephens said opening the doors to other candidates would actually violate the party’s national bylaws, which stipulate that party leaders can be removed for supporting a candidate of another political party. 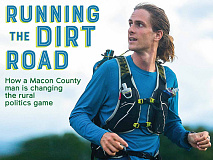 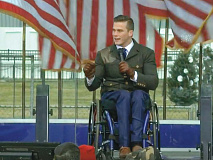 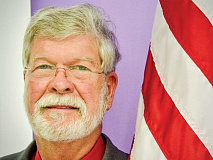 But that hasn’t stopped party leaders in other counties. Earwood has attended both Democratic and Republican party events in other places.

“Most of them have looked at independents not as an opposing party,” Earwood said. “I have been allowed to come to things for the simple reason that both parties are realizing they are going to have to deal with the independents.”

Earwood’s opponent for the seat, David Sutton, is a registered Democrat but he has been allowed to attend meet-and-greets hosted by Republican Party in Haywood, Jackson and Macon counties — since the race is technically nonpartisan. He was barred from attending the annual convention of the Republican Party in Swain and Macon, however.

As a Democrat, Sutton has actively tapped the organized party structure to connect with voters.

“It is important to the extent that it makes networking easier,” Sutton said. “It has definitely been helpful.”

Earwood said that she was warned by politicos that her lack of party affiliation would hurt her in the race, especially when it came to campaigning.

“I was told that an independent could not win in Western North Carolina,” Earwood said. “Across the board, people told me I needed to change my party affiliation, and I felt like that was disingenuous.”

Earwood said she doesn’t think the average voter cares. In fact, the number of voters registered as unaffiliated is growing by leaps and bounds, so it may even be an asset.

“It has upset me at times when I’ve been treated ungraciously because of my independent status. But for a judicial race it should be based on the person and their career rather than what their party affiliation is,” Earwood said.

But Stephens said it does matter.

“Being a Democrat is not a check box on paper. It is a lifestyle. It is a philosophical way of approaching and viewing your surroundings and your community,” Stephens said. “It is important for us as a party that we have judges that represent our values.”

Sutton agrees with Earwood that your party isn’t important as a District Court judge. But that doesn’t mean voters don’t care.

Without a party label, voters are left guessing, Stephens said.

“It doesn’t make it impossible to know what that person believes, but it does make it more difficult,” Stephens said. “Democrats like to say we have a big tent and we try to be inclusive. There are a lot of different kinds of people involved in the Democrat Party but the thing we have in common is we are all Democrats. There has to be a boundary somewhere.”