The lost poems of Wilma Mankiller 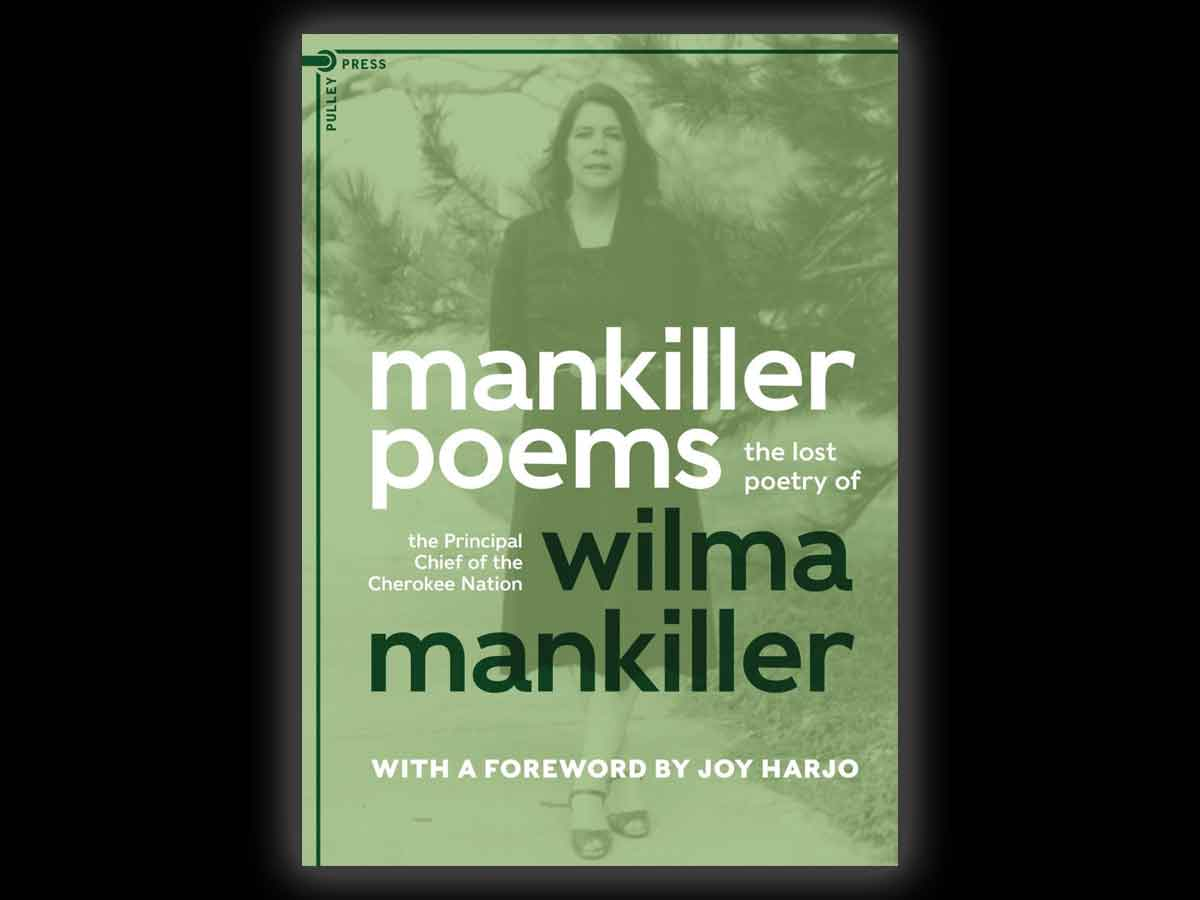 Wilma Mankiller was the first female Principal Chief of the Cherokee Nation from 1985 to 1995. She was an activist for many Native American and progressive social causes and programs throughout her adult life and was honored with the Presidential Medal of Freedom.

Born in 1945, her family moved from Stilwell, Oklahoma, to San Francisco as part of a government relocation program, where she lived from 1956 to 1976. It was during the later years of this period on the West Coast that she was studying literature in school and writing her own poetry. She lived in the Bay Area until she was 30, writing poems as a young activist and college student. During the 1970s she was involved in the American Indian Center there in San Francisco, with which I am familiar as I was also living in San Francisco during the 1970s. I never knew her personally, then, but I attended a few of the meetings of the American Indian Movement at the AIC when she would likely have been there, too. Since her death in 2010, biographies (“Wilma’s Way Home: The Life of Wilma Mankiller,” 2019) about her have been written and films have been made (“Mankiller,” 2017). After the 1985 tribal election, when asked how she wanted to be addressed as Principal Chief, she responded, humorously, saying “Just call me Ms. Chief or MissChief.”

She continued writing during her activist years with AIM and the AIC in San Francisco. This year a collection of her poems from this period has been published by Clyde Hill Publishing. These are poems that have been discovered by her family and the editors of this new collection (“Mankiller Poems: The Lost Poetry of Wilma Mankiller”) in old dusty boxes in a barn on the family property in Adair County, Oklahoma, and show us how an activist reflected on her life through art, and that art itself is activism.

The poems in this collection are presented in an order that indicates Wilma Mankiller’s personal and professional journey: from Native woman finding her identity, to the challenges of a forced move into a city, then into a journey home where she finds love and leadership. As former poet laureate of the U.S., Joy Harjo writes in her Preface to “Mankiller Poems,” “With the publication of Mankiller’s poems we are reminded of her presence when she walked among us. Her words are tracks made into songs on paper that still speak through the years of a life, a time, a generation.”

Many of us know Wilma Mankiller as a tribal leader and as an American icon. These poems give us more because they transport us to another time when she had yet to figure it all out. In seminal poems in this collection such as “Smoke Signals,” “Real People,” “Moving On,” “Freedom,” and “This Thing Called Love,” we get the full power of Mankiller’s early opus. In the poem “Real People,” she writes:

This poem showing perceived differences between the Europeans and the First Nation peoples in the Americas. In a more vulnerably confessional vein, Mankiller writes in the poem “Moving On” about the hardships of her years living in San Francisco and away from nature and her original home in Oklahoma and her tribal peoples:

“cold, hard times have left me/wounded and scarred but.../i can still feel the warm lips of life/kissing my heart; stirring my mind/urging me to go on until i can/find the lies of my own making and/battle them in moonlit meadows.”

And continuing along these same lines in the poem “The Blues” she writes: “... hoping fantasies will rise/like the sweet smell of cedar/to touch the sleeepless mind.” In the poem “Sunlight and Dreams,” she writes of her memories of and her longing for the life of her earlier years living in a tribal social and cultural setting: “The People were in ceremony to acknowledge/changing seasons/offer thanksgiving prayers for life/and the generous gifts of the Earth.”

Always the activist, she was a role model and a voice for Native American women, much in the way that Gloria Steinem was for white women in the 1960s and 70s. She even has a poem in this collection titled “I Want To Be Reincarnated As Gloria Steinem,” in which she writes: “so I can be a  sister to/all things in the creation/women, men, children/plants, animals, the stars,/water and the wind.”

“Where are your women?” tribal members asked during the first meeting with federal government officials concerning treaty negotiations with the Cherokee. On the Cherokee side, women were present. “How can any society negotiate or govern with only half its people, half its logic, half of its humanity?” Mankiller ponders.

In the last section of “Mankiller Poems,” we see Wilma Mankiller as someone who is pondering more spiritual questions and who is becoming, early on, more of a spiritual being and eventual leader. “Standing on the edge of twilight/looking for a sign/That the old medicine is not lost/to all mankind.” She writes.

Or in the poem “Waiting For May”: “I long to let/my feet touch the dirt/of the Earth’s calm ways/so I can be reminded again of/just why we are here.” And finally: “I dream into existence a universe/without hatred .... Or maybe I will just listen to/the messages from long ago/sent along pathways of the wind.”