Relatives say they warned social workers repeatedly over the course of several months that Aubrey Littlejohn was being neglected and abused.

Called by her middle name by family, 15-month-old Kina-Marie died on a mattress on the floor of a singlewide trailer sometime in the middle of the night on Jan. 10. She was dressed in only a T-shirt despite statements made to law enforcement that the trailer had no heat. It is unclear whether an adult was home.

Social workers in Swain County had been warned by relatives that Kina Marie was in danger but failed to remove her from the home, according to law enforcement records.

“Witnesses interviewed have stated that they called the Department of Social Services and made reports detailing abuse and neglect of the child and received no response from any departmental employee,” according to a search warrant executed against DSS offices.

Relatives told investigators “they had witnessed physical abuse and neglect inflicted on the child and observed no food, a lack of heat and other inadequacies in the home environment.”

The baby had been in the care of a great-aunt, Lady Bird Powell, 38, since last spring. Powell did not have legal custody, however. Other relatives asked Powell for the child, and even the child’s mother tried to get her back, but Powell refused to give her up. 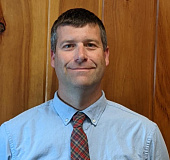 So relatives turned to DSS for help. At least three relatives asked DSS to take the baby away from Powell, and had been to Swain DSS in person.

Kina Marie’s mother, Jasmine Littlejohn, 20, had to part with her daughter last April after being sentenced to a mandatory 90-day drug rehab. Meanwhile, Powell’s 18-year-old son, Hawk Rattler, had died of a drug overdose in March, according to a death certificate. Powell offered to keep Kina Marie while Littlejohn was away in rehab, claiming it would help her cope with her own son’s death, according to relatives.

Kina Marie was six months old when her mother turned her over to Powell. When Littlejohn got out of rehab, Powell refused to give Kina Marie back, relatives said.

Littlejohn was soon back behind bars, however, on federal drug charges for conspiracy to distribute marijuana and is being held as a federal prisoner in the Cherokee County jail.

No place for a child

In perhaps one of the most perplexing elements of the case, Powell’s own children were taken away by DSS but Kina Marie was left behind. According to relatives, two of Powell’s own children were removed from her home in August while Kina Marie, who was just a baby, stayed in her care. In November, a nephew living with Powell was also removed from the home, but once again Kina Marie was left there, according to relatives.

DSS records regarding the children and their removal from the home aren’t public.

Dispatch records show that Swain County deputies were asked to escort a social worker to Powell’s home on Nov. 8, but no one came to the door. They went back the following day and were at the home for over an hour, according to dispatch logs.

Relatives said they were concerned that Kina Marie wasn’t growing well and was too small for her age, relatives said. She couldn’t do the things she should have been able to. Relatives suspect she wasn’t being fed properly. She also spent long hours many days strapped into a car seat — whether in the car or inside the house — so she couldn’t move or crawl around, according to relatives and law enforcement documents.

But there were even more troubling signs. Kina Marie was seen with bruises on her face one day in September. When relatives called DSS to once again report their suspicions of abuse, it finally triggered a home visit by a social worker named Craig Smith.

Powell told Smith that Kina-Marie fell down a set of five stairs. Powell gave Smith two different stories, however, according to his report on the incident.

“Ladybird did not take the baby to the doctor because she stated she did not want DSS to be involved,” Smith’s report on the incident says. Smith then told Powell to take her to the doctor. But Powell never did, and Smith never followed up to see whether she had.

At some point, Kina Marie’s arm was broken. Medical examiners performing an autopsy after her death discovered it, according to a search warrant. The autopsy report is not yet complete.

Following Kina Marie’s death, investigators searched Powell’s trailer and found evidence of drug use. Drug paraphernalia, including pipes, pill grinders, straws and empty bottles were confiscated in the search, along with several items covered in a white powdery residue.

During attempts to revive Kina Marie at the emergency room the night she died, doctors gave her medication to counter possible narcotic exposure based on “previous DSS reports concerning the child’s living conditions,” according to law enforcement records.

According to Veronica Callahan, Powell’s next-door neighbor, there were often lots of vehicles coming and going from the trailer at all hours of the night.

Sheriff deputies had been to Powell’s trailer on three calls in a six-month period, according to dispatch records. One was for a report of domestic violence in June. In October, deputies responded to reports of a drunk person causing a disturbance. In November, the Swain County sheriff’s office were called to the residence after a report that three boys were missing. The boys were later found under a nearby bridge.

Powell’s criminal record includes misdemeanor child abuse for allowing 5-year-old and 9-year-old child to ride in a car with a 14-year-old behind the wheel. The 14-year-old wrecked, and Powell was charged for endangering their safety. She also has assault charges.

The day Kina Marie died, she had been left strapped in a car seat for 12 hours, according to a law enforcement investigation.

“During that time period Aubrey was not removed from the car seat, given food or a drink except for some bites from a hotdog and sips of a soda that Ladybird Powell was eating around 5 p.m. Aubrey’s diaper was not changed during this period,” investigators were told by a witness who was with Kina Marie and Ladybird that day.

Around 10 p.m. she was taken from the car seat and put to bed on a mattress wearing only a T-shirt and diaper.

Powell discovered Kina Marie’s body around 3 a.m., according to dispatch records. The Cherokee Police Department was put on alert that a white truck with its flashers on was speeding toward the Cherokee hospital with a baby who was blue and not breathing. Meanwhile, the dispatcher gave Powell instructions on how to perform mouth-to-mouth resuscitation while driving in the truck.

Powell was distraught by Kina Marie’s death, according to a recording of the 911 call Powell made after discovering Kina Marie’s body. Powell was hysterical, screaming and weeping as she held Kina Marie in her arms.

“My baby’s not breathing, oh my God, she’s not breathing,” Powell cried over and over into the phone. Powell stayed on the line with the 911 dispatcher while her husband, James Murphy, drove them to the emergency room at Cherokee Indian Hospital.

They arrived at the emergency room by 3:30 a.m., where medical staff had to forcibly pry Kina Marie out of Powell’s arms.

Kina Marie’s body was a dusky blue color, and her core body temperature was only 84 degrees.

“Infant was limp and very cold to the touch,” according to law enforcement records.

Doctors attempted to revive Kina Marie but were unsuccessful. She was pronounced dead shortly after arriving at the hospital.

Cherokee police officers felt the mysterious death should be investigated, but since Powell lived off the reservation the case would fall to the Swain County Sheriff’s office. Swain County Sheriff Curtis Cochran and Detective Carolyn Posey were roused from bed and arrived at the hospital in Cherokee around 5 a.m.

An investigation by the Swain County sheriff’s office into Kina Marie’s death is still pending, which will determine what if any charges are pressed against the baby’s caregivers.

Waynesville Attorney David Wijewickrama has been retained by Kina Marie’s mother to pursue a civil case against DSS for failure to intervene.

“I am absolutely disgusted and appalled with any social worker that would have left her alone in that trailer with the people who abused her and eventually killed her,” Wijewickrama said.

Wijewickrama said DSS should have heeded complaints of relatives and removed Kina Marie from Powell’s care.

“If a social worker wants to take a child they can take it just like that,” Wijewickrama said. “The statute is so broadly written it gives enormous power to law enforcement and DSS workers to do whatever they want, if they even think they need do. They have authority right then and there. Get the kid in the car, and go.”

Wijewickrama expressed “rage and fury” over the alleged DSS cover-up aimed at erasing evidence they knew of the abuse and failed to act.

Wijewickrama said criminal charges in Kina Marie’s death should have been pressed by now.

“I am absolutely stunned that based on the contents of those warrants that no one has been arrested,” Wijewickrama said.