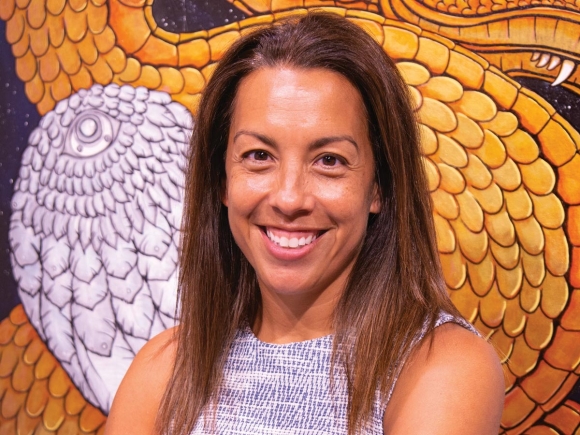 Throughout her 20-year museum career, Shana Bushyhead Condill had wondered what it might be like to work on the Qualla Boundary, at The Museum of the Cherokee Indian . But when she first saw the Cherokee One Feather ad calling for applicants to the director’s position, she hesitated.

Condill, 44, had an administrative position at the National Gallery of Art in Washington, D.C., and for the past couple years she’d been working under the leadership of Kaywin Feldmen , who came on as director in 2019. Before Feldman’s arrival, the gallery didn’t display any works by Native American artists, but by the time Condill left, it housed 24.

“The narrative was changing, and it was exciting to be a part of that,” she said. When faced with the possibility of a move to Cherokee, she had to “really do some thinking about where I could be most effective.”

In reality, said Condill, there was never any real doubt that she’d apply for the director’s job — or that, if offered it, she’d say no. Now, she’s in her third month leading the institution. Condill succeeds former director Bo Taylor , who left nearly two years ago. Dawn Arneach, now the museum’s facilities coordinator, filled the director’s position in the interim.

“I couldn’t be any luckier,” she said. “I feel really honored to be here.”

Museums, a medium for connection

Though Condill’s parents Ben and Gwen Bushyhead now live in Bryson City, she was born in Montana and “moved around a bit,” during her childhood, eventually choosing Illinois Wesleyan University for her undergraduate degree and then the University of Delaware for her master’s work.

But despite living most of her life in places far from the strong Cherokee community that exists in the Great Smoky Mountains, Condill said that culture was always core to her identity.

“It’s not really about learning more about my culture,” she said. “It’s who I am.”

She learned, though, that in the culture at large most people have little to no understanding of who Native people are today or of how they live. She went to museums with her parents “all the time” as a child, and while she loved them, she also saw that where Native people are concerned, museums were often full of stereotypes and caricatures — generic brown mannequins positioned in 1950s-style dioramas, all the interpretation written in the past tense. But she didn’t realize that her career could contribute to changing that dynamic until college, when she took a history class that prompted her to pursue museum work as a career.

That’s because people who choose to walk through a museum door are by and large looking to learn, she said. Museums create a unique opportunity for connection, and Condill’s eyes light up when she speaks about their power.

“In every museum that’s what each mission is talking about that connection to humanity,” she said. “How do you hit that? Is it through art? Is it through culture? What is it? Because we all share that thread. Every person on the planet. That’s the goal, to identify it.”

In D.C., she felt like she was making that connection — which is why she found it so hard to leave. Washington is a crossroads for many, including for Native American people. It’s where you go to plead your case, to network, to meet with Congress — whether that be the U.S. Congress or the Congress of American Indians . There was a lot of action. Things were happening.

But leading Cherokee’s museum offers new challenges, new opportunities, and a feeling of coming full circle. Condill’s first-ever museum job was here, in Cherokee, where she was a summer intern. That was 1998, the same year that the museum installed the permanent exhibit that’s still in place.

“Museums traditionally have been about Native people, not by Native people,” she said, “so taking over that story is super important.”

Condill is proud of the opportunity that she had to bring a Native American voice to leadership at the National Institute of Art, and of what she was able to accomplish in that role, but it was also exhausting — not to mention impossible — to be in many cases the sole person in the room to give a Native perspective on the issue at hand. She spent a lot of time “laying the table,” giving her listeners a crash course on historical linchpins like the Removal , before she could speak to the meat of the issue. Coming back home, to a place where everybody in the room has that baseline understanding of Cherokee history and culture is a “crazy relief,” she said.

“Now we sit down in a meeting and we’re like, ‘Bam, what’s the issue?’ What are we talking about right now?’” she said.

Condill and her staff of 25 are talking about quite a bit right now, as it turns out. For one thing, there’s the museum itself. The permanent exhibit is nearly a quarter-century old, and while it was an innovative display back in 1998, said Condill, “I think we can all agree that 24 years is kind of a good lifespan for an exhibition.” That’s true from an interpretive perspective, but also from a practical one. It’s becoming increasingly difficult to find replacement parts for 1990s-era technology. Bridging past and present

The question, then, is what should come next.

Though the museum team is still forming the answer, Condill thinks that at least part of it lies in showing visitors who the Cherokee people are now — not just who they were 300 years ago.

“One of the things that we battle against all the time is being stuck in history,” she said. “One of the things I’ve been thinking a lot about is the representation of Native people in museums and what that looks like. What’s the image that you see?”

Typically, it’s something along the lines of 1800s-era people on horseback. All American communities have changed the 1800s, and Native communities are no exception. Museums should depict that reality, said Condill. She’d like to see the museum weave a stronger thread to contemporary life throughout. For instance, an exhibit discussing historical Cherokee pottery should also talk about how pottery is made today — how that process has changed, and how it’s stayed the same.

That’s why she was overjoyed to see the “phenomenal” contemporary art exhibit that was already well underway in the museum’s changing exhibition space when she arrived. It currently holds a contemporary art display, showcasing works by Cherokee artists using mediums ranging from traditional basket-weaving materials to computer-generated graphics.

“We use our culture every day,” she said. “That’s why preservation is so important to us as Cherokee people. We’re using it. We’re using our language. We’re using the things that we’ve learned from our parents and grandparents. But it’s not really reflected, I don’t think, as well as it could be in our story, what that looks like today.”

The museum sees about 83,000 visitors per year, and most of them fall into two categories — tribal member or out-of-town visitor. It has a dual responsibility to tell the Cherokee story in a way that resonates with people who are hearing it for the first time, and to leverage its resources to help the Cherokee people better connect to their own history. Engaging young people is key to that second goal, and Condill said she’s working with Education Director Dakota Brown to build opportunities for youth to engage with museum resources.

Condill says that she’s “a huge fan of what-if,” of big ideas for how to do things differently and, most importantly, to connect the Cherokee story to the larger story of humanity.”

“When I write something down, I always ask myself at the end of it, ‘So what?’ she said. “Is that going to connect with someone? What’s the goal here? If I’m just talking to hear myself talk, nobody cares. There better be a ‘so what.’”

When asked how that question applies to the museum as a whole, Condill had a ready answer.

“I think it’s going to be always that we’re here, we’re innovative, that we’re thriving,” she said. “That we’re not defined by victimhood, I think, is one of those things that’s a challenge, too, when the only thing people know about us is the Trail of Tears .”

“Look around,” she said. “The Cherokee people are thriving. I can’t get over it. There is so much going on right now in Indian Country as a whole that’s just fabulous.” 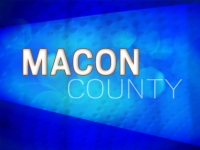 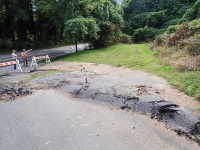 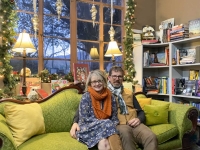