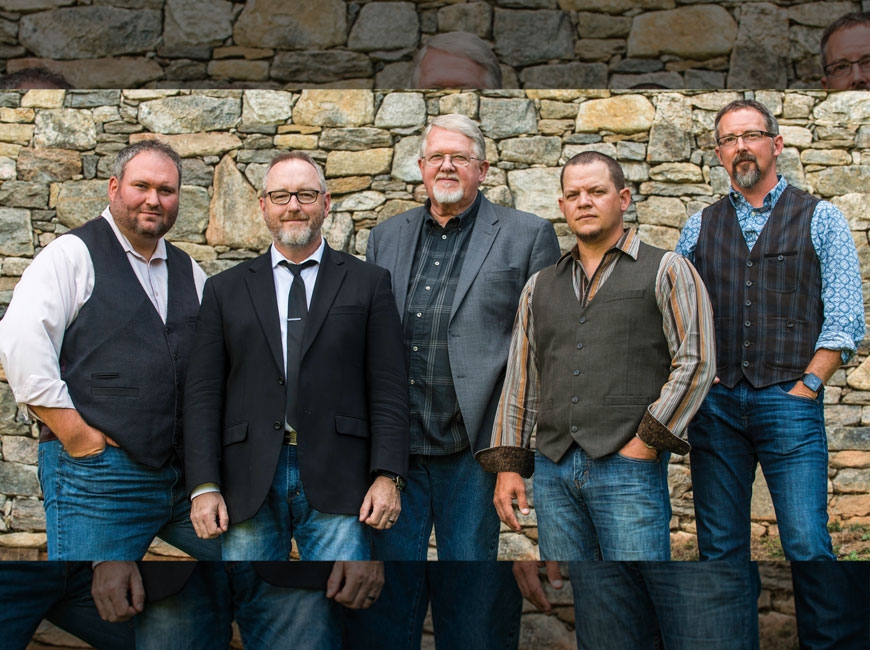 Smoky Mountain News: After a year of the shutdown of the entire music industry, y’all recently played your first shows of 2021. Was it kind of like learning to ride a bike again? Surreal?

SMN: Is there kind of a justification when you’re in that moment of why all the blood, sweat and tears are worth it, and why you love performing?

TS: There is for me. That hour and a half or two hours [onstage]? The little trip you take with that crowd, that bond? If you don’t love that, then I’m not sure what the payoff is?

SMN: Exactly. And, at the same token, the shutdown has proven to people that music is not just entertainment, it’s a healing force.

TS: Oh, absolutely. There was an old fellow I used to travel with [when I was in] The Kingsman Quartet. He said, “Boys, in our job, we don’t have the authority or the power to change the world, but our job is to make them forget their car payments that’s due Monday.” It’s definitely a much-needed diversion, something to take your mind off what’s going on [in your life and] in the world.

SMN: Balsam Range has won pretty much every big award in bluegrass, played every big stage and festival, collaborated with countless legends. After 14 years, what is it that still keeps the band motivated and coming back to the creative waters?

TS: We still have the desire to make as good a body of music as we can. And the process is fun. Getting together at [lead singer/fiddler] Buddy [Melton’s] house and jamming out. The process of putting songs together, recording them — we enjoy that. The same thing that put us together in the first place is still there.

SMN: What does it mean to you that, after all these years, it’s still the same five guys up there onstage and in the studio?

TS: We may be the longest running [bluegrass] band with the same personnel, [at least] that I can think of anyway. And that’s amazing because it’s flirted with disaster numerous times for whatever reason. Every one of us has thought about doing something else or quitting — it’s not an easy existence.

Balsam Range will once again hit the stage at 5 p.m. Sunday, April 25, at the Hazel Robinson Amphitheatre in the Montford Historic District of Asheville. Doors open at 4 p.m.

All Covid-19 safety protocols will be followed and enforced. Tickets start at $25 per person for single seating pods. There are also VIP pods available, which includes special entry to the band’s sound check, among other amenities.

For more information, click on www.hazelrobinsonamphitheatre.com. For tickets, go to www.etix.com/ticket/p/5999305/balsam-range-asheville-hazel-robinson-amphitheatre.