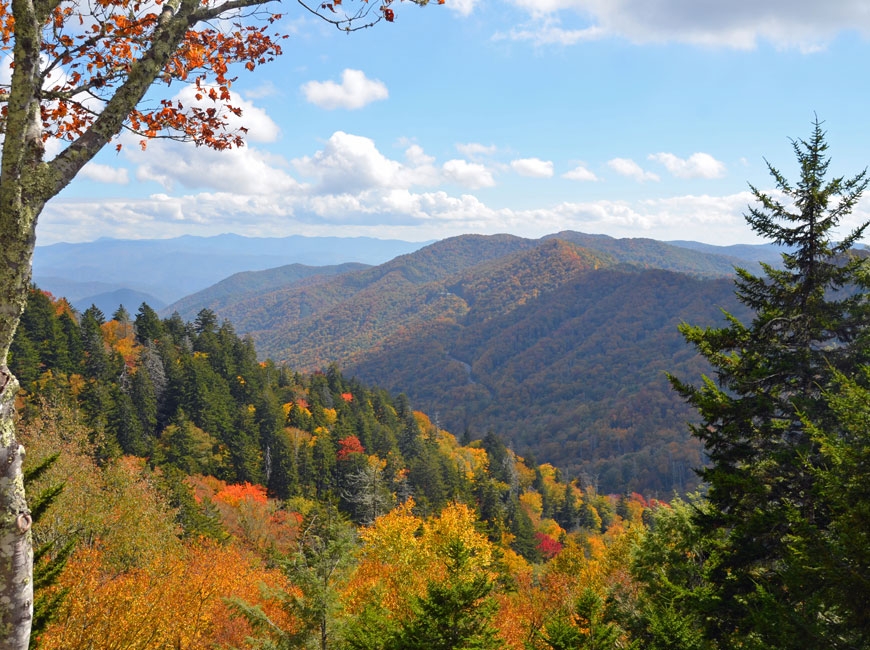 Newfound Gap Road has been designated an All-American Road, joining the Blue Ridge Parkway in claiming a designation that recognizes it as one of the country’s most scenic roads.

The 31-mile corridor, which is part of U.S. 441, traverses the Great Smoky Mountains National Park from Cherokee to Gatlinburg, Tennessee, and crosses the Appalachian Trail. Last year, the National Park Service, N.C. Department of Transportation and Tennessee Department of Transportation applied to the Federal Highway Administration to receive the All-American Road designation. The application was accepted in February.

Newfound Gap Road is now the fifth North Carolina road to be designated a national byway and only the second, along with the Blue Ridge Parkway, to be declared an All-American Road. The road was designated as a North Carolina Scenic Byway in 2009.

The National Scenic Byways Program was established by Congress in 1991 to preserve and protect the nation’s most scenic roads while also promoting tourism and economic development. All-American Roads represent the best of the national scenic byways and are considered a destination and reason for travel unto themselves.