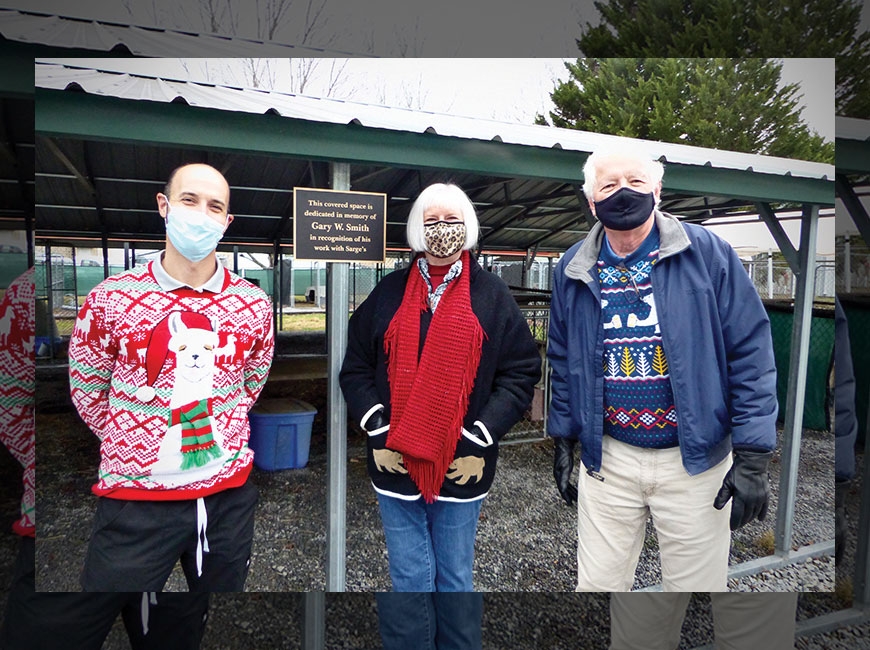 The plaque, initiated by Sarge’s board, is in the new permanent covered area in Sarge’s outdoor dog yard.

Smith, who passed away Aug. 25 in Waynesville, served on Sarge’s board for six years, with two terms as president and as Sarge’s treasurer. He and his wife, Sarah Jane League, produced Sarge’s Furry Friends Benefit Bash for seven years and fostered many dogs for Sarge’s at their home.

During the plaque dedication, remembrances were shared with League, an ardent Sarge’s supporter in her own right. Smith’s significant contributions to Sarge’s as an organization were recognized by staff and board members.

“Gary Smith was a kind and generous man — he gave so freely with his time and knowledge,” said Jed Lambert, Sarge’s board president. “He was a tremendous supporter of Sarge’s and was instrumental in the achievements of our organization. He will be missed, but because of all he gave to us and our community, he will never be forgotten.”