This must be the place: Ode to mighty Erica, ode to the Waldrops 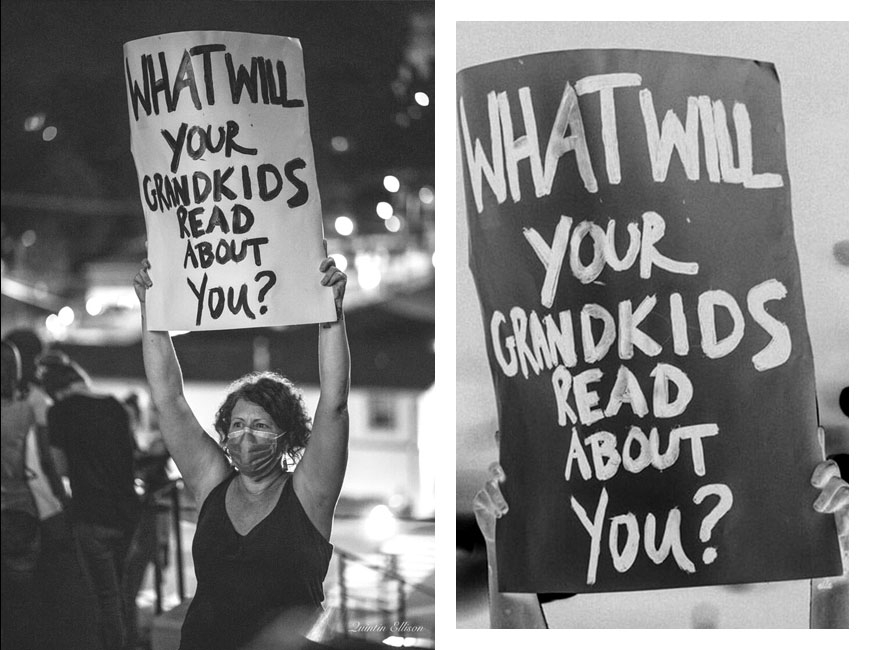 Western North Carolina has lost a truly kind and beautiful soul. Erica Waldrop passed away in a tragic car accident last week. She was a friend to many in Sylva and greater Jackson County. A shoulder to lean on. A smile to brighten your day. She was also a friend of mine, too. A good one.

I first crossed paths with Erica about eight or so years ago through her brother, Brad. I had just moved to this area from Upstate New York to start work at The Smoky Mountain News. Not knowing a single person ‘round these parts, I did what I always did in those situations, which was track down local live music and try to make some new friends.

Now the owner of Ward Plumbing & Heating in downtown Sylva, Brad (at the time) was living and working in Atlanta. A Jackson County native, his ATL indie rock band would roll through Sylva and Waynesville, playing shows at breweries and restaurants. Brad and I became immediate friends, which then parlayed itself into becoming welcomed and loved by his immediate family, the Waldrops of Webster.

You had Brad’s parents, Dave and Edna, two salt-of-the-earth folks. If you’ve ever read our “Letters to the Editor” section of the newspaper, you know Dave’s submissions well: always intelligent and thought-provoking, always aiming to build a bridge of understanding and compassion amid times of social and cultural division.

And Edna? One of those deeply kind and gentle souls that renews your faith in the good of humanity, the endless possibilities we have on this planet just so long as we remain steadfast and decent to each other. She’s a matriarch of the truest sense, who carries herself and her actions quietly, but you damn well better realize the respect and wisdom that comes along in doing so.

There was always a seat at the Waldrops kitchen table during the holidays, many of which I was graciously invited to partake in, seeing as I was usually a “Damn Yankee” orphan during Thanksgiving and Christmas. And, like clockwork, I was right there sitting at dinner alongside Erica, her signature hearty laughter and ear-to-ear smile beaming in the midst of conversation, usually in the presence of tall tales retold for the thousandth time by Dave or Brad.

Erica was many things to many people. Of note, she was a social justice warrior who stood proudly at any and all community marches, most recently the Black Lives Matter and Confederate statue gatherings in front of the Sylva fountain. She was also a helping hand and the life of the party. If you were passionate not only about life, but what you wanted out of it, she was right there to amplify those aspirations into the universe. She never met a stranger, and was always connecting the dots of people, places and things within any social setting.

But, most importantly, she was the mother to Ella, a spitting image of her (red hair and freckles, that ear-to-ear beaming smile), whose fierce independence and stoic nature (even as a teenager right now) is a chip off the ole block. Our sincerest sympathies to you, Ella. All of us, whether related by blood or friendship, will always have your back and champion your dreams.

Anytime I would run into Erica at a concert, bonfire or happenstance gathering, there was always a kind word of mutual appreciation shared between each other. She was a firecracker, a kindred spirit, truth be told, one who I think was somewhat misunderstood by others, though I think that’s why we got along so well: we had the same wild hairs.

What’s surreal was the candlelight vigil for Erica held late Sunday afternoon at the Sylva fountain. The same spot where she would protest for the rights of others mere months ago, the hope within her heart and soul of finding common ground between others for the greater good. The vigil was filled with an array of familiar and beloved faces, all of which I hadn’t seen since before the pandemic and shutdown.

I love and miss every single one of those familiar faces, sad eyes peering out from just above their masks, words of support and encouragement muttered under the breath of grief and sorrow. This is not how we wanted to be reunited with each other, and this isn’t how we figured things would go in the grand scheme.

But, this is life, come hell or high water. Though we know we’re never guaranteed tomorrow, we wake up in gratitude to be able to walk outside and try to make the world a better place, whether it be around the corner or around the globe. We hold steady, and we remain there for one another. We push on to the best of our abilities, and we hold each other up — just as Erica would (and did) for so many of those familiar and beloved faces, sad eyes peering out from just above their masks.

I’ll miss you, Erica. We all will.

Erica Waldrop is survived by her daughter, Ella; her parents, Dave and Edna; her brother, Brad, and his wife, Kendall, as well as their daughter, Magnolia Pearle. She’s also survived by all who knew and loved her — moments and interactions that are now forever chiseled on the walls of our memory. To you who read this, make sure you tell those you love how much they mean to you. Embrace love. Radiate compassion. Promote empathy.