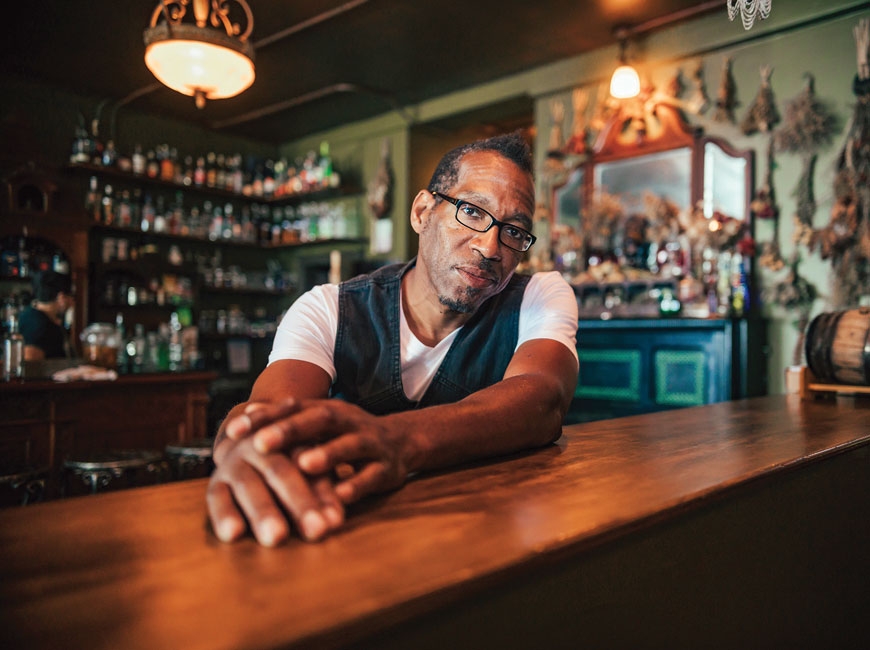 An internationally beloved musician, Claude Coleman, Jr. would often find himself in Asheville while on tour drumming with his band, iconic rock juggernaut Ween. Each time wandering through, he would become more enamored with this region. So much so, Coleman relocated here from New Jersey in 2012.

Upon putting down deep roots — personally and artistically — in Asheville, Coleman found it frustrating at times to find the right space to rehearse his projects and collaborations. Though the bustling music scene in the city includes the storied Echo Mountain Recording Studio, where were the spots to plant and cultivate musical ideas before one ventured into a state-of-the-art facility for harvest?

And for the better part of the last decade, Coleman has been roaming Asheville in search of the ideal property to launch a public access music rehearsal studio and multi-use artist space. After several dead ends in their quest, Coleman and his business partner, Brett Spivey, came across the historic Rabbit’s Motel on McDowell Street.

Though the property had seen better days and was pretty rundown, it was home to the renowned Rabbit’s Motel, a Black-owned establishment that was a source of pride and a cultural meeting hub for the once-vibrant neighborhood that, sadly, has been largely displaced and forgotten in recent decades.

Purchasing the property and renovating it during the current shutdown and pandemic, “SoundSpace @ Rabbit’s” had its grand opening last month. Filled with several rehearsal rooms and backline equipment, the studio will eventually reintroduce a soul food eatery onsite (which once operated inside the motel for over 50 years), as well as other events, workshops and programs aimed at preserving and perpetuating the arts in our own backyard.

Claude Coleman, Jr.: It’ll be a beehive for [all of] that. It will be like a super hub. We’re creating a landmark destination that’s going to connect a lot of people to the history of this place, the history of the neighborhoods and all these communities, which is really rich and profound.

And with the kitchen [reopening], tourists are going to want to come when it’s up and running. I mean, that’s going to attract a whole other class of people around the area. That’ll bring folks from Atlanta, the Bronx, Harlem or wherever, you know? It’s creating a super destination to appeal to a wide swath of people and a huge cross section of cultures.

We wanted a jam spot and a place to rock out and work. But, it’s become this mission to create this landmark and to reconnect people to this history, to bring this history into the modern narrative of Asheville, because it’s really missed — it’s been lost and covered over. 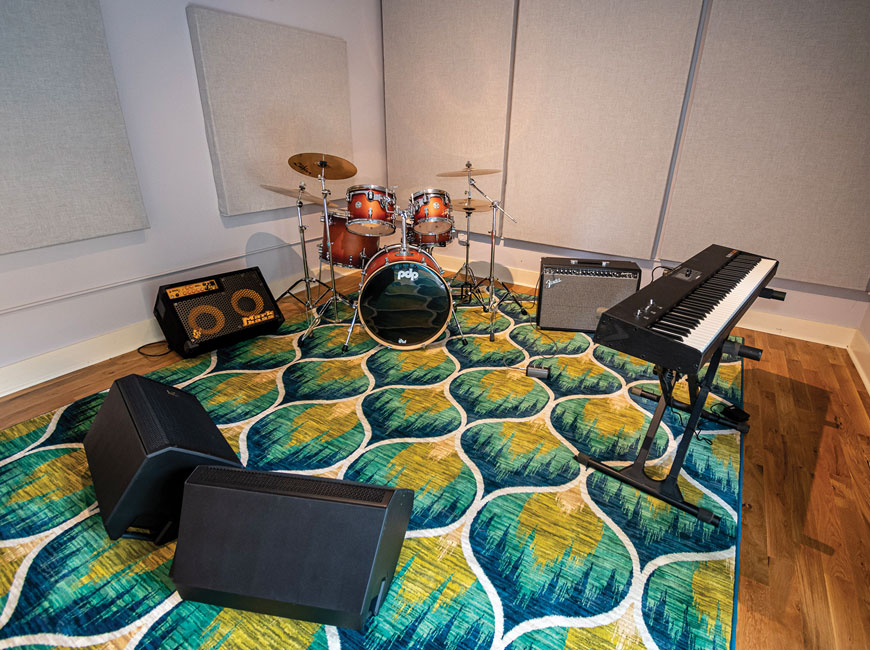 A rehearsal room in SoundSpace @ Rabbit’s.

SMN: And with the long, storied Black history in our region, a lot of it has either been pushed aside or forgotten…

CCJ: Yeah. I mean, it’s called supremacy. First, it’s the red lining of the neighborhoods and the programs of urban renewal, which red lined and eviscerated these totally thriving, prosperous neighborhoods and communities.

“The Block” in downtown [Asheville] was one of the largest Black-owned business districts in the South. It was identical in so many ways to the “Black Wall Street” in Tulsa, [Oklahoma], which experienced the massacre there [in 1921]. Asheville had its own massacre, but it was this slow, systemic sort, [where] government and state sponsored programs [would] basically acquire, steal, take land and kick everyone out.

SMN: Do you think that finding the property was serendipitous?

And it happened. Once we got the idea that we wanted to recreate a soul food kitchen, we met some business folks from downtown. Stephanie Swepson-Twitty, who runs the Eagle Market Streets Development Corporation, she does a lot of advocacy for minority entrepreneurship. And she introduced us to our chef, Clarence Robinson.

[Clarence] grew up behind Rabbit’s and spent his whole life [in and out of there]. All of his family is connected to it, relatives that lived there or worked there. And he was just sitting across the table, listening to me explain what we were trying to do and his eyes started welling up with tears. He just couldn’t even believe it, more so to understand how it happened — but it did. We said, “We want you to run this kitchen.”

SMN: Although the property is still a work in progress — and it’s also going to continually evolve — what’s it like to see the space come to fruition?

CCJ: That’s a great question. I was just talking [to someone] about how amazing, wonderful and magical it is. I stand outside two rooms when there’s two bands going at it — you’re just hearing these great sounds and sounds reverberating. It’s an amazing feeling just to hear music kind of peripherally like that, and to provide the chance and opportunity for people to make music — there’s almost no words for it.

If you’re interested in learning more about SoundSpace @ Rabbit’s and/or to rehearse in one of the rooms, call 828.552.3534 or visit www.soundspaceavl.com. SoundSpace is located at 109 McDowell Street in downtown Asheville. Operating hours are noon to midnight seven days a week.