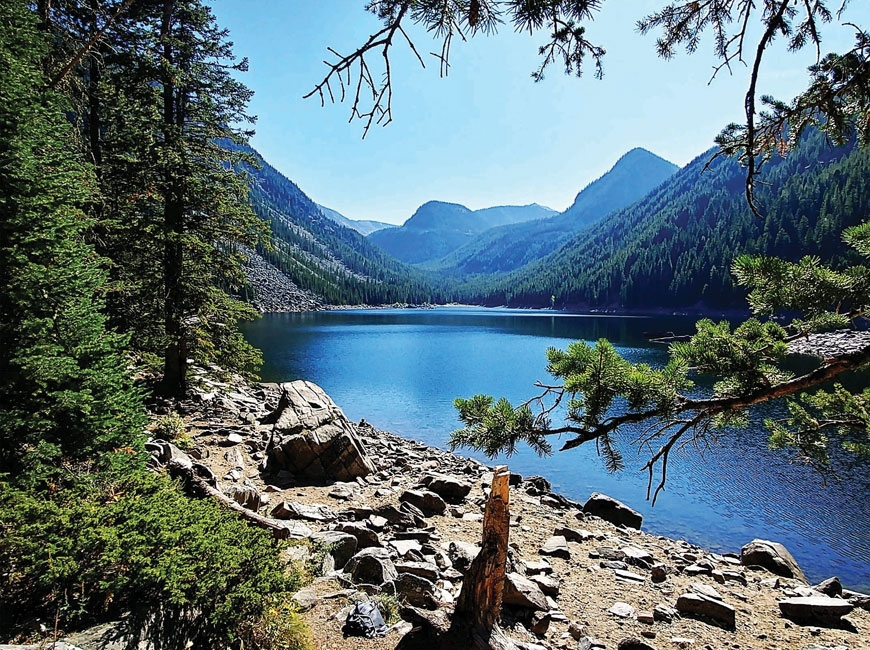 It was somewhere around the the second mile of my New Year’s Eve jog that I realized that day marked exactly five years since I began my running streak.

Known as “The Streak,” it began on Dec. 31, 2015. That was 1,828 days ago. Yep. Crazy, right? It all started in the Greenpoint neighborhood of Brooklyn, New York. I was up there to spend New Year’s Eve with some of my best friends from college (and of all time and space).

As a lifelong runner, I would normally run a couple days in a row then mix it up with some mountain biking or hiking. But, while in New York City, I only really had running to do for exercise. So, I ended up running several days in a row. I hadn’t done that since I ran D-1 track and field at Quinnipiac University (Connecticut).

I felt great running every single day, to which I mentioned to my father (also a lifelong runner) that I had run a week straight. He goes, “That ain’t nothing. I’ve done over 300 days in a row.” I go, “Oh yeah? I think I could beat that.” In his competitive tone he replied, “You’ll never break that streak, boy.” Game on.

I only had one rule: you have to run at least one mile a day to count as a legitimate run. Five years in, I’m averaging about three or more miles each day. I vividly remember those first 100 days in a row, onward to the first full year, which broke my dad’s streak record.

Once I silenced the old man, I didn’t want to stop. I liked running every day. It was something to look forward to, that one chunk of time where I would be alone, away from my smart phone, writing assignments and other distractions — this true Zen zone of sorts.

Nowadays, it’s become such a huge part of the core of my life, this thing that truly fuels my heart and soul, physically and emotionally. On New Year’s Eve, as I closed up the fifth year of “The Streak,” I did a four-mile route around Waynesville, just coasting along at an ideal rhythm, lost in thought, with the only sounds being my breathing and shoes shuffling along the road.

There were those runs on backroads and big cities from Maine to California, Montana to Florida. Mountaintops and trail runs in the Rockies, Adirondacks and Great Smokies. Down through Bourbon Street in New Orleans and over the Brooklyn Bridge during the midday rush.

Downtown Denver, Baltimore, Albany, Boston, Atlanta and Lexington. Battlefields and riversides. Early mornings and late evenings. Snowstorms and heavy rainfall. Headwinds and icy sidewalks. Days when I could barely muster the energy to lace up my shoes. Days when I couldn’t wait to get out the door.

The desolate red clay country roads of Southwest Georgia, the winding Palmetto Trail in Upstate South Carolina, and that icy cold morning in the high desert of Wyoming just as the fog lifted and the day began.

And there was that serendipitous moment of stumbling upon Wilson State Park between Hays and Salina, Kansas. In search of a place to run after driving hundreds of miles on Interstate 70, a blazing sunset and a single soul moving along the vast lake and surrounding grasslands.

The Katy Trail in Missouri, Virginia Creeper Trail and countless routes along the Appalachian Trail (Pennsylvania, Tennessee, North Carolina, etc). And those wild and wondrous trots through the festival grounds of Bonnaroo, FloydFest, MerleFest, DelFest, and dozens of others.

North Country runs where my beard froze in temperatures hovering around -15 below zero. Splashing through puddles during the pouring rain of a spring afternoon in Haywood County. Sweltering hot jogs in the scorching Tampa sun, not to mention those Mexico jaunts with a severe tequila hangover.

My furthest point, physically and emotionally, in 2020, was the Cascade Creek trail to Lava Lake. Big Sky, Montana. A moment that will reside deeply forever. It was just a few months ago when I found myself sitting on a rock overlooking this serene body of water (pictured), the Spanish Peaks surrounding the lake upwards of 10,000 feet.

When I reached the lake, I just stood there in awe and in silence. I thought a lot about those beloved faces long gone from this planet and now part of the ether. I thought of the life I once knew when I lived out there in 2008.

I thought of the life I currently inhabit some 2,000 miles away in Western North Carolina. I thought of the ancient waters, dirt and rock before my eyes. And I thought about how incredibly beautiful nothing and everything is, all at once.

Back down to the trailhead, I trotted along and returned to my ole rusty, musty truck. Taking off my running shoes, I walked across the dusty parking lot and put my feet in the nearby river. Cracking open a cold one, I saluted the world around me with a sincere sense of gratitude.

All of those thoughts and questions pondered amid thousands of miles jogged by foot, by the sheer will to keep going come hell or high water, to never give up and chase after the unknown horizon. The innumerable memories created, solidified and cherished within the walls of my sentimental and joyous memory. Onward.