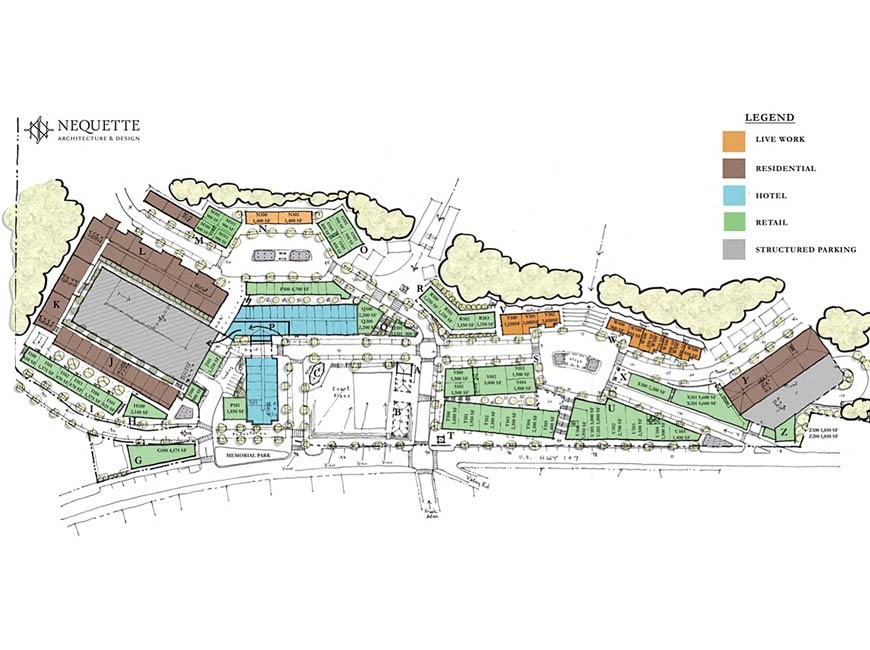 As the Jan. 6 hearing that will determine the project’s fate draws nearer, opposition is mounting to a plan that would bring 726 new residential units and 159,000 square feet of commercial space to the Cashiers crossroads.

“It’s not, to us, something that fits Cashiers,” said Paul Anderson, spokesperson for the newly formed group Develop Cashiers Responsibly. “We know there will be growth. But it needs to be kept reasonable and responsible and controlled. It’s just so out of touch with what this community is that people have been up in arms about it and are opposing it strongly.”

Anderson lives in the Gana Sita neighborhood, which abuts the 56-acre area slated for development. He and his neighbors are worried that the project could have devastating impacts on traffic, water wells and other infrastructure. While the plateau’s population swells to an estimated 30,000 residents in the summer, only about 1,500 people live there year-round — the proposed development could double that number.

There are 14 houses in the Gana Sita neighborhood, and their owners have banded together to create a legal defense fund to fight the proposed development. The effort has expanded beyond the neighborhood, as well, with people from all over the plateau contributing to the fund. More than $50,000 has been raised.

“We have been greatly encouraged,” said Anderson. “We have been successful in raising enough to get us at least through the hearing on the 6th of January, and I hope that will be the end of it, but if not, we are prepared to go beyond that.”

The quasi-judicial hearing before the Cashiers Area Community Planning Council was originally scheduled for Nov. 16 but was postponed to Jan. 6 after John Noor, the attorney representing Anderson’s group, said he needed more time to build his case. Following a court-like hearing, the council will vote as to whether the proposal meets each of six standards necessary to qualify for a special use permit.

Those standards — that it will not endanger public health or safety; is reasonably compatible with the site’s natural and topographic features; won’t substantially injure values of adjacent properties; will be in harmony with the community’s scale, bulk, coverage, density and character; is appropriately located with respect to transportation, water, fire, waste disposal and police resources; and will not cause a traffic hazard or undue congestion. For the permit to be granted, a majority of the seven-member board must vote yes to each standard. Overturning the Jan. 6 decision would require a successful lawsuit before the Jackson County Superior Court.

If the council grants approval, the Jackson County Planning Board will be asked to approve the plan under the county’s major subdivision ordinance, triggered for projects including more than eight lots. No public hearing is required prior to that vote, but there will be an opportunity for informal public comment. The developer hopes to break ground during the second quarter of 2021 and open the first phase of the development in 2023.

In addition to the legal fund, Develop Cashiers Responsibly has created a website and a Facebook page, is distributing roadside signs and encourages members to contact council members and write letters to the editor.

Meanwhile, Cashiers resident Jaret Bessette has gathered 8,580 signatures on his online petition opposing the proposed development. He has also gathered more than 500 responses to a survey seeking more information about the people who are signing the petition. Of those who responded to the survey, he said, about 80 percent were full-time or part-time Cashiers residents.

Bessette, 28, moved to Cashiers in 2018. Having grown up in a formerly small town outside Orlando, he’s seen what unchecked development can do, and that’s why he decided to get involved.

“The goal is not to stop development completely,” he said, “The goal is to responsibly develop over time and to fit the setting that you’re working in, not just to plop something huge in the middle of the town.”

Both Bessette and Anderson said that traffic-related concerns loomed large in their opposition to the development. The only roads in and out of Cashiers are N.C. 107 and U.S. 64, and they’re both two-lane routes. They’re not quite capable of handling the current demand, let alone the pressure that would result from the proposed development.

“As far as traffic is concerned, we have inadequate infrastructure as it is without adding any more cars, and this development has 1,400 parking spaces, so presumably there could be up to that many automobiles parked on this property,” said Anderson. “Most of them if not all of them would at some point try to go to Ingles, which is the only grocery store, and they would cut through our street, Monte Vista, and make it several orders of magnitude more difficult for us to get in and out.”

Anderson was also concerned about the water supply. There is no public water utility in Cashiers, and residents rely on wells, which in turn rely on rainfall that percolates into the ground. Usually there’s plenty of water, but back in 2016 there was a severe drought, and some wells in Gana Sita went dry. What will happen when 726 new residential units pop up overnight?

“That would seem to be a very big draw on the water table, and their wells would probably be deeper than our wells,” said Anderson. “It’s not too difficult to envision our wells going dry and us having to dig even deeper wells or maybe not be able to find more water. It’s one of those things we don’t know until it happens.”

Bessette also worried about the pressure that the development might place on the community’s already thin fire department and law enforcement resources.

“If a developer was willing to withdraw the project, we would welcome the opportunity to discuss ways they could develop that site that might be more acceptable to the neighbors,” said Anderson. “We have to look at it the way it is now, and the way it is now, we would have to oppose it.”

Macauley Investments, the project’s developer, did not reply to a request for comment but did publish a press release characterizing the planned development as a “sustainable community” providing “year-round residential, hospitality, retail, entertainment and amenities that authentically reflect the local mountain village character, its heritage and surrounding natural environment.”

“We want to ensure that our efforts align with the community and government’s commercial, residential, infrastructure, aesthetic, programming and other priorities,” said Stephen Macauley, principal of Macauley Investments. “Infrastructure improvements and expansion will benefit not only our development but also the surrounding community.”

The plan provides for “vehicular and pedestrian efficiency and connectivity,” the release said, including a Frank Allen Road extension to reduce traffic impact to the crossroads and “thoughtfully designed” public parking and pedestrian pathways.

The development aims for zero carbon emissions using solar and geothermal energy, as well as reduced light pollution in support of dark sky initiatives and use of fiber-optic technology.

A diverse set of housing options will aim to address the area’s affordable housing shortage, with a charitable foundation funded through a percentage of homeowner dues and real estate transaction fees providing subsidies for teachers, first responders and health care workers who rent there.