Compelled, but not defeated: A conversation with Mike Cooley 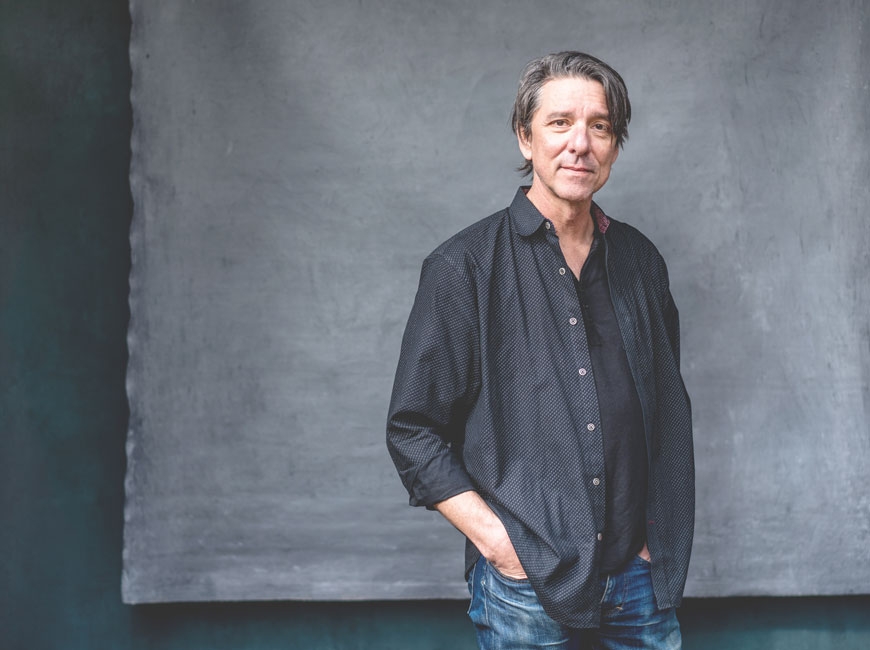 For the better part of the last 25 years, the Drive-By Truckers has remained a melodic beacon of truth and light.

A bastion of hard rock and soulful lyrics, the Athens, Georgia-based quintet drags hard truths out of the darkness and into the spotlight for all to see, understand and embrace — realizations that expose decades and centuries of racial injustice, social tragedies and economic strife.

Co-founder of the Truckers alongside Patterson Hood, singer-songwriter Mike Cooley is a striking force of nature, whether it is his snarling rock anthems or sorrowful folk offerings. Known as “The Stroker Ace,” Cooley straps on his electric guitar and blasts into the ears of the listener, a presence and tone unequaled in modern rock.

With his upcoming shows at The Grey Eagle in Asheville, Cooley will be hitting the stage for the first time since the pandemic appeared and the music industry completely shut down. He’ll be reaching for his six-string acoustic, all the while radiating the world as seen through his eyes — this hardscrabble, yet deeply intrinsic mind whose fingers trickle up and down the fretboard like the drops of a hard rain.

Smoky Mountain News: You’re used to being on the road in one of the hardest working bands out there. What was it like to actually have to stand still amid all of this?

Mike Cooley: It was depressing. It’s not just a matter of being on the road, I actually like [being on the road]. I prefer it. It was a kick in the gut. As the weeks roll by, you start realizing how long it was likely going to be before you could get back to it.

That was the hard part. We started out maybe thinking, “Well, OK, we’ll shut everything down and go home for a month or three months.” And it’s like, “No, man, this is going to be a long time.”

SMN: And not being able to tour probably circles back to justifying why it is you love being a performer…

MC: Yeah. I like waking up in a different place every day. I’ve really grown to love that a lot. So, you know, [being in the] same place every day [right now], the comparisons to the “Groundhog Day” movie are so spot on. It’s really been like that.

Waking up in a different place every day, some people can’t deal with that, that it would just be unfathomable for [them]. For me, it’s what I live for. I thrive on it. And that’s just been pulled out from under you.

SMN: Does that provide for good fodder for your songwriting?

MC: It’s kind of frustrating on that front for me. I wasn’t really writing a lot anyways. And you would think, “You got all this time off, you can write a couple of entire records.” No, I’m too bummed out, you know?

I can’t really get myself in that kind of frame of mind because I’m just waiting for this nightmare to be over. You’re held in that state of limbo where creativity doesn’t even really creep into the picture. My brain is actually doing what movies do — those apocalyptic dystopian type movies — where it keeps flashing back to the “before times.”

SMN: With the two albums the Truckers released in 2020, the band seems to be more overtly political lyrically, rather than using more subjective characters like in past records and songs.

MC: Yeah. I think part of it is coming right out and saying, “This is what this is all about.” It’s not so much what’s in the songs, but [more so] the fact we said what it was about in interviews, making it very clear up front. In the past, the songs weren’t as blatant.

If we had just put the record out and not said a word about it — which is a dream of mine, by the way — I wonder how many people would have interpreted it as a political record and been offended by it. Maybe they wouldn’t have even noticed if we hadn’t come right out and said it.

I thought about just like writing out every song, you know, going back through the catalog — at least on the stuff I wrote — and pointing out what was political about it. “OK, this line, I know it’s kind of abstract, but this is what it was talking about. This is what it was referencing. And well, this is straight up about income inequality, I just didn’t say those words.” [Laughs].

SMN: With all of the technology, fast-paced distractions and societal noise these days, what is the role of the songwriter in the digital age?

MC: For me, the goal 25 years ago was simply to write the next one. And that hasn’t changed. It may be a little harder these days to slow yourself down enough. Everybody is getting used to taking in and putting out so much data. We’re becoming processors ourselves. You can see that all around you. And so much of being creative, on any level, is relaxing into [that creative process] — and it’s getting harder to do that.

An acclaimed singer-songwriter and member of the Drive-By Truckers, Mike Cooley will hit the stage at 6:30 p.m. and 9 p.m. Thursday, Dec. 17, at The Grey Eagle in Asheville.

Presented by The Grey Eagle and Worthwhile Sounds, admission starts at $40 per person. Tickets are still available for the early and late performance.

For more information and/or to purchase tickets, visit www.thegreyeagle.com and click on the “Calendar” tab.