A voice of his own: the stories of Ed Stansell 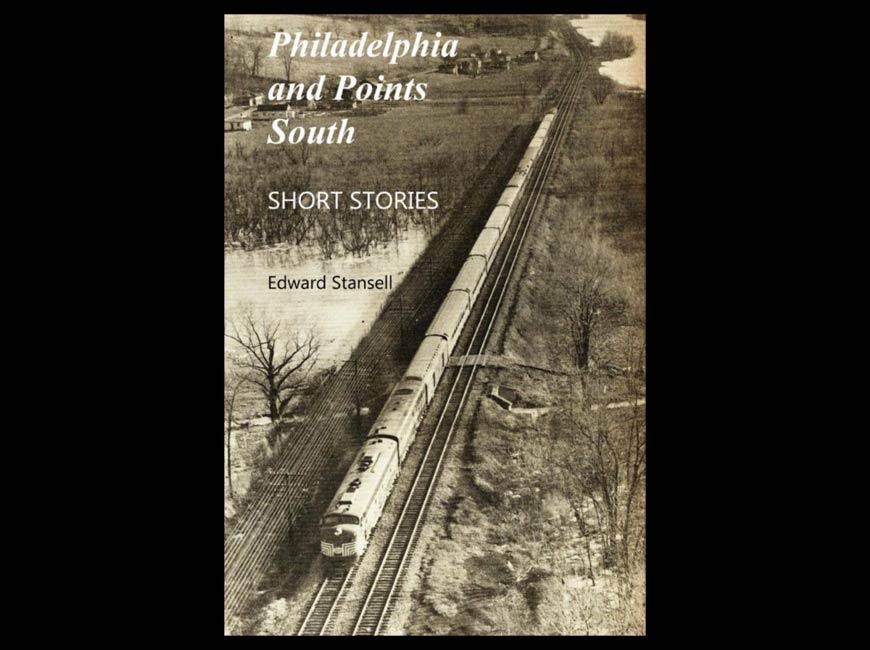 So you’re a reader, a lover of books and the printed word, and if the pandemic permits, you visit your library or local bookstore, and browse the shelves. Or maybe a friend hands you a book and says, “I think you might like this one,” though the last one she gave you sits untouched on the nightstand.

You pick up a book in the store or the library, or open the book your friend gave you, read a few lines, then a few more, and then, engrossed in the prose, you move blindly to the nearest chair and keep drinking in the words, enthralled by this unfamiliar voice speaking to you, bringing you a smile, touching your heart, and making you pause every once in a while to delight in the rhythm of a particular sentence.

This was my experience when I read the short stories of Tennessee writer Edward Stansell.

In his three short collections — Philadelphia and Points South, Happenstance, and Sweet Tea and Cicadas, all published by Grey Goose Press in 2020 — Stansell brings us an array of believable but often eccentric characters embattled by circumstances and trying to pick their way through certain difficult situations. That description may sound grim, but Stansell leavens his tales with a sense of irony and humor.

In Philadelphia and Points South, for example, we find “Enforcing Murphy’s Law: A True Story,” an account by a man hired to drive a dilapidated old fire truck from the southwestern hill country of North Carolina to Delaware:

“When I neared the truck, I could see that the rubber tires were cracked, the paint was severely weathered, and the chrome was pock-marked with rust. It looked as though it had sat there for decades. I got the feeling that it had become home for many mice and other assorted vermin.”

After finally getting the fire truck started, the narrator is nearly killed by a monster on wheels as he travels through the hills to the expressway. When he finally reaches I-77, “I felt like I stood with the gates of hell at my back, looking out at the Promised Land that lay before me.”

But his ordeal has only begun. After a series of mishaps, the truck finally breaks down in Virginia, and our narrator calls a tow truck. His ordeal has left him with gratification for the comforts of civilization he finds in his rescuer: “I climbed into the cab. The seat was soft and it was warm. The myriad of lights and gauges was as cheerful as a Christmas tree. I couldn’t have felt cozier in my robe and slippers before a crackling fire.”

Though the fire truck finally arrives via tow truck in New Jersey, the narrator remarks, “I don’t know what ever happened to that damned fire truck and I really don’t care. The only wisdom I can gather from that ordeal is, that’s it’s an ill wind that blows nobody good.”

When I read “Enforcing Murphy’s Law,” I thought of another adage: No good deed goes unpunished.

One of my personal favorites from these collections is “The Tigress” in Sweet Tea and Cicadas. Here again we meet a first-person narrator, a garrulous man in a wheelchair — he was injured playing high school football — who tells us and a listener the story of the Raveneau family who live across the street. Paul Raveneau is “modest, friendly, and generous,” and his sister Cynthia is a “butterfly, flittin’ here and there, saying howdy to this one, jokin’ with that one. I truly believe everybody loves her.”

The Tigress is the oldest sister, Julianne. A violent, willful woman — at one point she sets fire to her cheating boyfriend — she has inherited her wealthy father’s arrogance and contempt for other human beings. When her brother, an artist left a hunchback from an accident in childhood that Julianne helped cause, finds a woman he loves and who loves him, Julianne nearly destroys that relationship by accusing his fiancée of marrying for money.

Suffice it to say that Julianne comes to a fitting bad end.

“The Tigress” brought to mind a young woman I once knew, the assistant manager of the bookshop where I worked. Like Julianne, this woman was beautiful, but she was also cruel to others and from time to time stole money and books from the store. Whenever I entered that store to begin my workday, I could feel a chill in the air emanating from her.

Stansell tells this story of the Raveneaus in a conversation with a man on his porch. He does a fine job here with dialect and colloquialism, and we feel as if his character is talking directly to us.

In his “About The Author” at the end of these books, Stansell writes “I have found that far too many interesting ideas and experiences have been crammed into a single life, so they frequently need to seek escape by means of pen and ink. However, I have corralled them into paragraphs, and now they live in these pages. If they happen to also be thought provoking or entertaining, all the better.”

One minor point: some of the stories contain errors in punctuation and grammar.