This must be the place: Too much of anything is bad, but too much champagne is just right 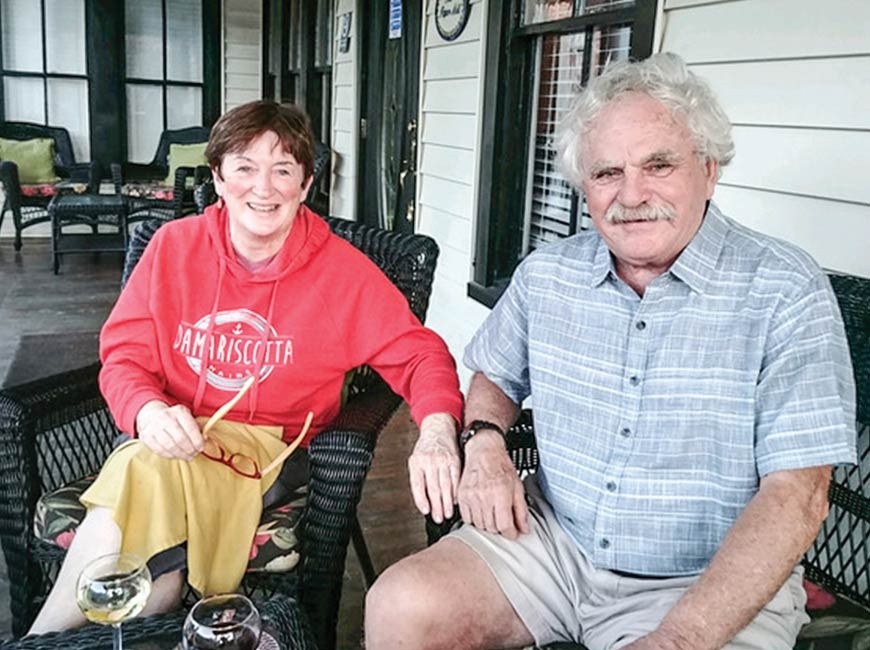 It was during the third sip of my second glass of wine that I decided to splurge. As a minimalist, in terms of materialistic things, I choose to spend my money on good food, drink and experiences. Thus, it was a time to celebrate, so why not purchase the $89 bottle of champagne, eh?

Screw it. I mean, it was my parents 48th wedding anniversary. Let’s do it up. When else would I be able to throw down on some quality bubbly in 2020, this haphazard year of chaos and confusion, right?

Seated in the depths of The Classic Wineseller in downtown Waynesville last Saturday evening, it was my parents and myself, as well as two of my best friends of all time and space. The table soon became filled with several wine glasses and half-empty bottles enjoyed with gusto.

Entering their 48th go-‘round of holy matrimony, my folks, Kathy and Frank, always seem to find themselves in Western North Carolina to mark the occasion every first week or so in November (their official anniversary is Nov. 4, 1972).

Seeing as it’s usually pretty cold, and perhaps snowing, back up at their 1840s farmhouse in my native Upstate New York this time of year, my parents, like clockwork, will hop in the car and cruise down to Haywood County to soak in the last of the year’s warmth.

My mother will stroll Main Street Waynesville and check out the shops, my father hitting the links at the local golf courses. Sometimes my mom will grab her golf clubs, too, and join him.

Other times, she’d rather grab a margarita with me and take the moment to catch up with whatever is currently going on in our respective lives. And, later on, my dad will circle back and meet up with us for dinner and drinks, a time of laughter amid the retelling of old tales for the thousandth time being the constant theme of the evening.

And it’s always been that way with my folks — easygoing and freeflowin’. I count myself one of the lucky ones who grew up and became sincere friends with my parents as I entered adulthood. We’ve pretty much always been on the same page and gotten along, even when I was a rebellious teenager (though I still am in many respects).

Kathy and Frank met in Plattsburgh, New York, in the early 1970s. He was a 30-year-old bachelor, drifting between random gigs as a construction worker, repo man and such following a stint in the U.S. Army in the 1960s. At that time, he had gone back to college at nearby Plattsburgh State. 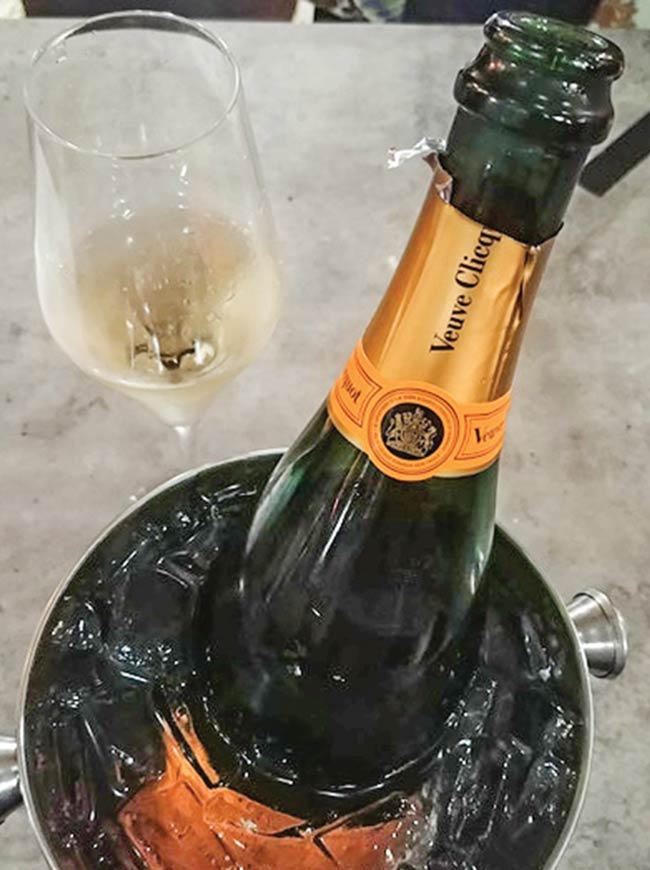 The bubbly at The Classic Wineseller.

My mother was fresh out of college at P-State and just starting her first year as a special education teacher in a local school district. Kathy was 23 when she crossed paths with Frank at The Bistro, a now-defunct bar in Plattsburgh where a wide-range of Plattsburgh social circles would congregate back then.

Kathy and Frank had a mutual friend, Debbie, who also taught with my mom. She tried to play matchmaker and walked over to my dad at The Bistro that night. He was a pool hustler in those days and had no interest meeting a girl right then and there. But, Debbie persisted, grabbing my dad by the collar away from the table and pulling him to Kathy.

As my father still says to this day, “Well, that was it,” when recalling the first time he met my mother. They dated briefly and were married in 1972. From there, they bought a house in my hometown (Rouses Point, New York), all while acquiring several dogs, cats and a horse along the way.

Eventually, Frank got a job as an immigration officer on the Canadian Border, Kathy putting down roots at Northeastern Clinton Central School. By the mid-1980s, I had come onto the scene, with my little sister just about two years after that. We lived in an old limestone farmhouse and continued on with our lives in whatever trajectory the universe saw fit for each of us.

Like with any marriage, there are good years and bad years. Luckily, for my folks, the good years always outweighed and outnumbered the not so good ones. Now in their golden years, they’ve landed on this steady plain of existence, where both still grow and evolve as curious human beings, but always alongside one another.

It’s now Tuesday morning. I’ll be meeting up with Kathy and Frank soon for breakfast at the Waynesville Country Club before they hit the road back to Upstate New York. Though I won’t be able to get back home for Thanksgiving, I will surely be arriving on their doorstop for Christmas, a time of laughter amid the retelling of old tales for the thousandth time. And, for that, I’m grateful.