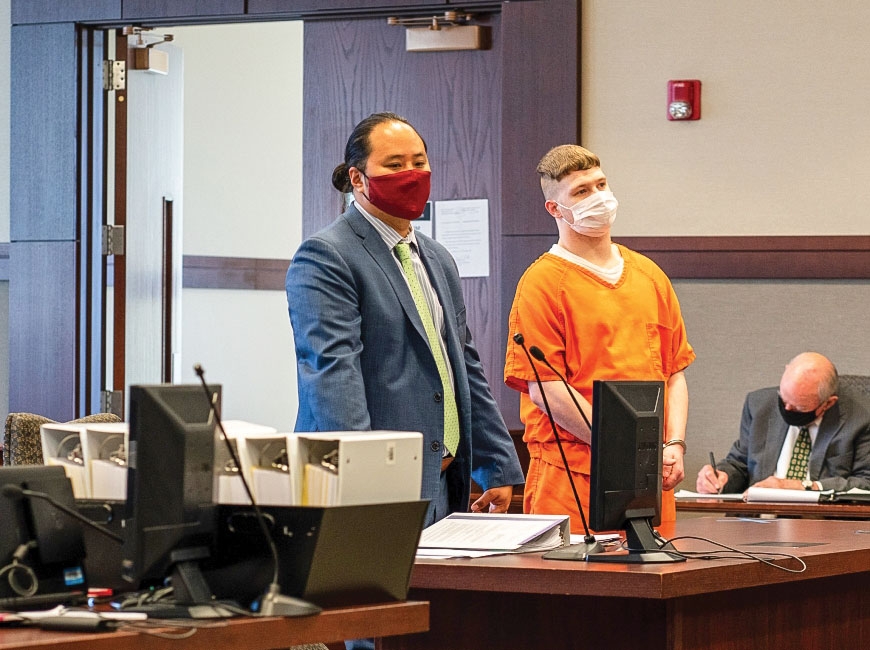 Chloe died July 18, 2019, at Mission Hospital in Asheville. She had been staying at her mother and grandparent’s home in Jonathan Valley. Green is not the child’s biological father.

Today, Haywood County Superior Court Judge Athena Brooks presided over Green’s Rule 24 hearing. This is a mandatory pre-trial procedure held to determine whether the death penalty will be sought.

Chief Assistant District Attorney Jeff Jones told the judge that the baby’s murder meets the standard of “especially heinous, atrocious or cruel,” one of 11 potential aggravating factors required in North Carolina for pursuit of the death penalty.

“Your honor, we believe there is ample evidence to proceed with the capital case,” Jones said in court.

A defendant is presumed innocent until proven guilty in a court of law.