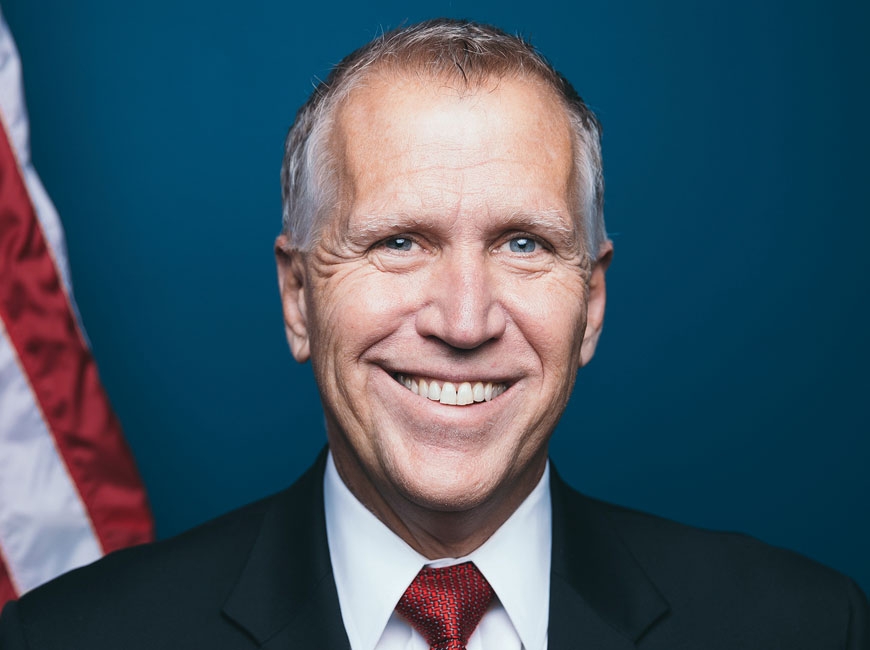 By Terri Henry • Guest Columnist | When President Trump nominated Amy Coney Barrett to replace the late Justice Ruth Bader Ginsburg, Sen. Mitch McConnell did an about-face on his past policy to deny consideration of Supreme Court nominees in an election year. As you may recall, Sen. McConnell refused to consider the nomination of Merrick Garland back in 2016 on the basis that the American people should be able to opine on the next Supreme Court justice through their vote. Sen. Thom Tillis agreed. At the time, Sen. Tillis said, “We are in the middle of a presidential election, and the Senate majority is giving the American people a voice to determine the direction of the Supreme Court. This is about the principle, not the person.” At that time, the election was still eight months away.

Now, we see Sen. McConnell and Sen. Tillis upholding a clear a double standard by rushing through the nomination of Judge Barrett weeks before the election, when many North Carolinians have already voted or are in the process of doing so. Tillis is telling constituents that this is normal and has happened many times in the past, but the fact is that he is misleading North Carolinians and twisting the narrative to serve the interests of Sen. McConnell and President Trump. His clear and simple past position was that no Supreme Court nominee should be confirmed in an election year. Period. As much as Sen. Tillis and Sen. McConnell try to mislead us on the “normalcy” of their effort to confirm Barrett, the fact is that the situation is very abnormal. If they succeed, this would be the first time in history that a Supreme Court nominee is confirmed after voting has already begun. How is that giving “voice” to the American people?

I’m also quite concerned about Judge Barrett’s past record and affiliations. As a former Tribal leader, this Supreme Court nominee doesn’t bode well for Indian Country. Barrett has explicitly stated that she shares the late Justice Scalia’s judicial philosophy, whom she clerked for, and who ruled against Tribal interests more than 86 percent of the time. The vote of Indian Country could be a deciding factor in this election, and we deserve a chance to make our voices heard on a Supreme Court nominee who will have an immense impact on Indian law, Tribal sovereignty, and on our Native peoples’ wellbeing.

Putting forward a nominee like Barrett is a direct afront to one of the things late Justice Ruth Bader Ginsburg stood for: protections for women. In Indian Country, we know that women are still without protections. Violence against Native women has reached epidemic proportions with 34 percent of Native women experiencing rape in their lifetime and 39 percent experiencing domestic violence. Examining Barrett’s record, her past actions indicate that she does not support the protection of women.

Just last year, she ruled in a way that made it more difficult for sexual assault and harassment survivors on college campuses to bring their perpetrators to justice. Her ruling in Doe v. Purdue University allowed a male student who was credibly accused of committing multiple acts of sexual assaults and was suspended from the university, to advance a Title IX lawsuit against the university on the basis that he was discriminated against based on gender. She allowed the weaponization of a sex discrimination law to work against protections for female victims of sexual violence.

How would she rule on the Tribal authorities in the Violence Against Women Act (VAWA), which are strengthened in a bill currently pending before the U.S. Congress? Would she uphold Tribal authority to hold non-Indian sex offenders to justice if the issue were to make its way to the Supreme Court? It does not appear likely.

Her nomination is also concerning because of her highly conservative affiliations, including a close affiliation with the right-wing Federalist Society. In the past, the Federalist Society has aligned itself with the Goldwater Institute, a like-minded conservative organization that has worked for years to overturn the Indian Child Welfare Act (ICWA). ICWA is necessary for the protection of our Native children and a court challenge to the law is making its way through the courts right now. What will happen if Barrett is the tie-breaking vote on a Supreme Court ruling on ICWA? Will Tribes lose their ability to protect our children? It is likely, and the implications are unacceptable.

Judge Barrett’s past statements and actions paint a picture that is dangerous for Indian Country. It’s true that we never know the true nature of a judge’s judicial philosophy until they take the bench, but the evidence points to grave concerns for our Tribal Nations, our Native women, and our Native children. Sen. Tillis should honor his past commitment to give the American people, including Indian Country, “a voice” to determine our next Supreme Court Justice and refuse to consider Judge Barrett’s nomination until the next president is elected and inaugurated.

(Henry is the former chairwoman of Tribal Council for the Eastern Band of Cherokee Indians. She was born and raised on the Qualla Boundary. This email address is being protected from spambots. You need JavaScript enabled to view it.)